By -Daniel-Palacio- - 15 March 2017 at 10:09 am UTC | Views: 5,831
After an announcement made by the developers, now there is a Steam store page available for the upcoming The Journey Down: Chapter Three, which will be released on August 25th. And as you can see in the System Requirements, Linux is already listed.

I would've liked to share with you some more information about this trilogy, but honestly I still didn't have the time to play them. Though you have this GOL article to read about the first episode and another one for the sequel. You can also check this article by Cheeseness, where he shows that these developers are actually pretty nice people. 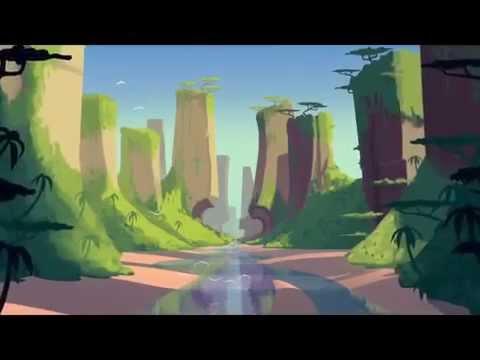 YouTube videos require cookies, you must accept their cookies to view. View cookie preferences.
Accept Cookies & Show   Direct Link
More importantly, if you're in the same situation as me and haven't play them either, remember that in the current Humble Jumbo Bundle 8 you can acquire both under the Pay What You Want scheme. This is your...


Official Links
Steam Store page - Official site
About the game (Official)
In the jungles of the Underland, scattered remnants of an ancient culture speak of a great evil that dwells in the shadowy depths of the Kwayerumoshi caves. But even the darkest secrets of this lost age are about to be revealed by the brave actions of three unlikely heroes.

(...) The Journey Down is a classic point-and-click saga with an Afro-Caribbean vibe. Get ready to embark on an epic journey of brain-teasing adventure!

See more from me
Some you may have missed, popular articles from the last month:
The comments on this article are closed.
9 comments

qptain Nemo 15 Mar, 2017
View PC info
This is great news! I've played both previous games and they are lovely. It's nearly impossible to express just how charming, adorable and uplifting they are. I'm very very happy about this!
2 Likes, Who?

And, by the way, the third part is the only thing I ever backed on Kickstarter.

Quoting: EikeIt's totally awesome, as the main character would say!

View PC info
I played the first chapter and it did not disappoint. Everything that a point and click adventure should be. I did leave the second chapter till it was close to the release of the third. It appears the time has come to do all three now.
0 Likes
chepati 15 Mar, 2017
View PC info
Yay!!! I've been waiting for what seemed forever for it to drop. Very much enjoyed the first two.

If I have one beef with episodic games, is that I lack the patience and fortitude of character to wait for the next installment. Same reason why I normally binge watch entire seasons of TV shows over a weekend :-)
0 Likes

View PC info
I love the first two episodes to bits. Sure there are a few rough edges, but all that personality and charm makes them easy to forgive. Indie adventure gaming at its finest.
1 Likes, Who?

View PC info
This is the only game promised for Linux I felt confident to back on Kickstarter, due to the quality of the first two and the candidness of the developers. Very pleased to see it finally coming.
1 Likes, Who?

Segata Sanshiro 16 Mar, 2017
View PC info
The first two of these were fantastic games! Great soundtrack and aesthetics with a film noir vibe.

Might have to re-play those before playing this one, but there's some time I guess!
0 Likes
Swiftpaw 17 Mar, 2017