The Whispered World Special Edition is now available for Linux 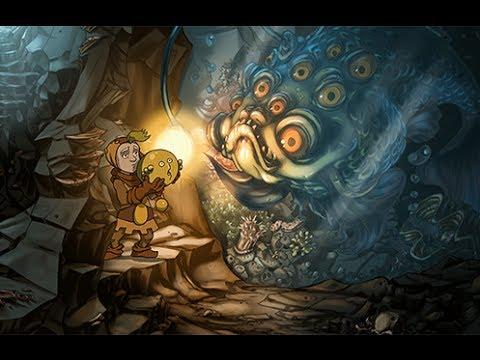 YouTube videos require cookies, you must accept their cookies to view. View cookie preferences.
Accept Cookies & Show   Direct Link
The Whispered World Special Edition [Steam, GOG], a game I wished was on Linux before I reviewed Silence has been officially released today for Linux gamers.

They don't have a SteamOS/Linux icon yet and it doesn't state it has a Linux version on GOG just yet, but in their hefty changelog is this:


QuoteAdded: Native Linux version on platforms like Steam or GOG.com

I imagine there's a few boxes still to be ticked to have the Linux version advertised on both stores.

Great to see more from Daedalic Entertainment on Linux, hopefully they will continue to update older games with Linux support.

About the game
When the fate of a world hangs in the balance, an unusual hero arises!
The visually impressive adventure-epic The Whispered World is now available as a Special Edition for the first time. Let the Whispered World enchant you with its many animated details and fantastic characters.

Sadwick's adventure begins when he sets out to understand the meaning of his recurring nightmares. In his dreams, he is haunted by a mysterious blue sphere as his world collapses around him.

Shana, the oracle, confirms his worst fears: not only does she foretell the end of the world, but also that Sadwick is the very reason for their doom.

Face the prophecy and experience an adventure unlike any other!

Exclusive content of the special edition include audio comments featuring Jan 'Poki' Müller-Michaelis and Marco Hüllen, as well as the orchestral soundtrack and unlockable achievements.

Thanks mphuZ for letting us know! Article taken from GamingOnLinux.com.
Tags: Adventure, GOG, Point & Click, Steam | Apps: The Whispered World Special Edition
11 Likes, Who?
We do often include affiliate links to earn us some pennies. We are currently affiliated with GOG, Humble Store and Paradox Interactive. See more here.
About the author - Liam Dawe

Comandante ÑoñardoThe Linux download is not yet available on GOG...

I did note that in the article.
2 Likes, Who?

Segata Sanshiro 22 March 2017 at 4:54 pm UTC
View PC info
Finally! Played this yeaaars ago on Wine when it first came out, been wanting to play it again.

Now I hope they bring out Night of the Rabbit and a New Beginning - only two games of theirs I haven't played yet.
1 Likes, Who?

EikeSurprised by the reviews. Would have expected around 90%...

It's hard to overstate just how damn depressing that clown is. If the game's humor were better it might offset him, but I don't remember finding anything in the game more than mildly amusing, especially when so much of it is at the expense of a character. It's quirky in a way that could be charming but for me it felt awkward most of the way. I can't help but feel that while I could applaud Daedalic for succeeding in making Sadwick a sad and pitiful character as intended, I am more inclined to point out that not many people want a main character to be a pitiful self-defeatist that drags his feet through the whole adventure. I don't want to hate the game, but the protagonist really irks me.

Segata SanshiroNow I hope they bring out Night of the Rabbit and a New Beginning - only two games of theirs I haven't played yet.

Night of the Rabbit would be great, I'm sure I'd like to replay it someday. Chains of Satinav too.

SalvatosNight of the Rabbit would be great, I'm sure I'd like to replay it someday. Chains of Satinav too.

Chains of Satinav is probably my favorite game of theirs. I would like to replay that someday too