Thea: The Awakening, a turned-based strategic survival game being given away for Linux 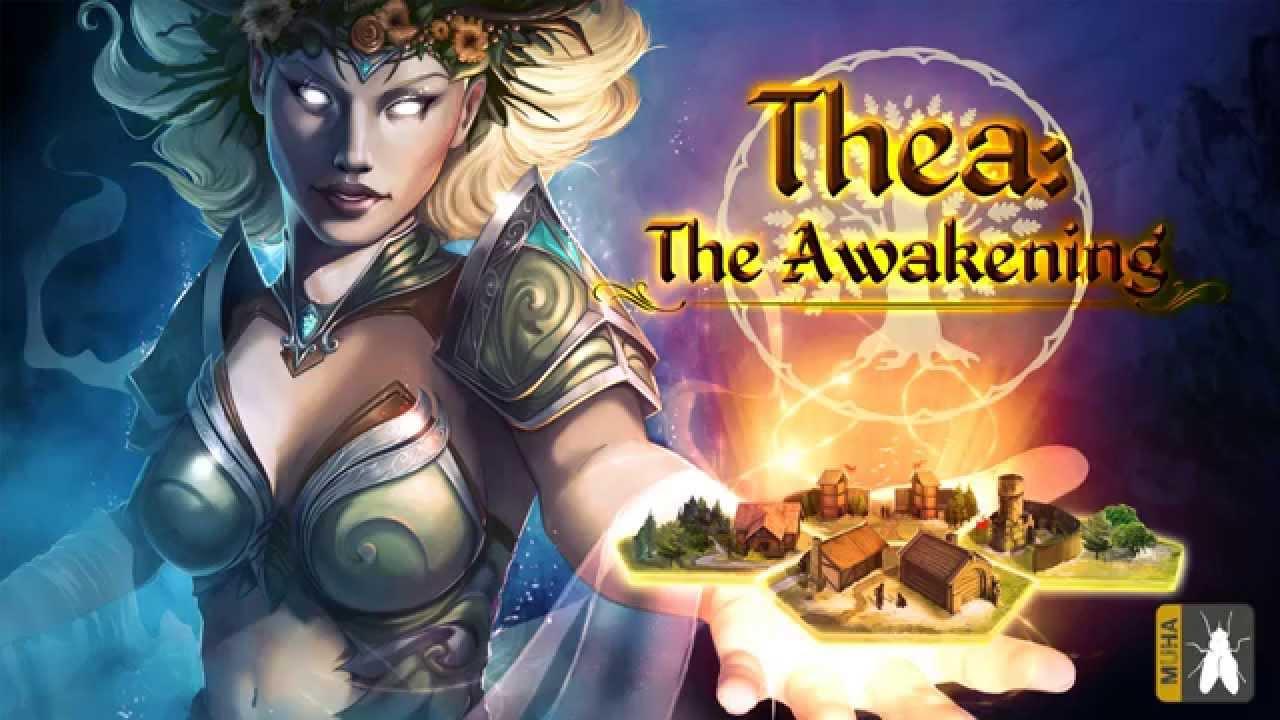 QuoteSo, Khash mentioned in another thread that we are unable to support, or even test Thea on Linux, and sadly, nothing has changed here. But, we decided to make the Linux version, as it is, available to anyone who wants to play with it.

Now I will just say once more that we will not be supporting this version and we do not know how well it works as it is, but hey, if you want to check it out, its here and it's free.

If you decide to have a go at it, please do leave us some feedback. Who knows, maybe one day we'll be able to play with it ourselves and fix it up, but no promises!

If you want to try it out, head over to the Steam topic for the download link. We won't put it here as it could change often.

About the game (Official)
Thea: The Awakening is a turn-based strategic survival game steeped in Slavic myth and monstrosity set after an apocalyptic force known only as The Darkness has engulfed the world. There are Strigas and Baba Yagas aplenty, but there are no heroes, no monster slayers, and no great armies capable of banishing them. You have only a few hopeless and starving survivors who are desperately trying to stay alive. You are their last and only true hope!

The game combines turn-based strategic gameplay with the tension and grit of a rogue-like, a captivating story you can uncover through a series of in-game events, and a unique combat system based on a complex card battle game.

View PC info
Doesn't work, they use AVProWindowsMedia plugin for the Unity engine, which (obviously) does only run on Windows.
EDIT: Nevermind, they fixed that, but as it seems there are still other problems.

ANOTHER EDIT: Ignore this post, seems to actually work fine. Problems were caused by my stupidity.

Quoting: TobiSGDDoesn't work, they use AVProWindowsMedia plugin for the Unity engine, which (obviously) does only run on Windows.

I have tested it, and it works properly :)

View PC info
I like that approach for not changing money for doing some 'testing' for them.
I think it's a nice deal: We get a free game, they get free test results.

Caldazar 23 Nov, 2015
View PC info
I'm glad that you found this little gem too. It's a great game, a very innovative mixture of different genres.

The attitude of the devs of course is the icing on the cake. It's actually things like these from which I can tell good software-engineers who love their craft from the usual 9 to 5 zombies who just love their excuses.
0 Likes

View PC info
It's kinda sad that our platform is so tiny, so insignificant, that they just give a build away cause they can't be bothered with it. It stings.
1 Likes, Who?

View PC info
It's sad, and at same time it's cool the still care about us.

I've tried the Linux version on my computer a few days ago, it works without any flaw so far.
0 Likes
Teodosio 24 Nov, 2015

Quoting: BeamboomIt's kinda sad that our platform is so tiny, so insignificant, that they just give a build away cause they can't be bothered with it. It stings.

I suppose this build is more like a "public beta" and that they are just experimenting with it. If the experiment is successful, I believe they are going to release officially in the near future.
2 Likes, Who?

Quoting: BeamboomIt's kinda sad that our platform is so tiny, so insignificant, that they just give a build away cause they can't be bothered with it. It stings.

You're mistaken on this. They created an extra Linux branch and actually support it with updates following our feedback, which they answer promptly.
This is a lot of work in midst of their 16h, 7 days a week Windows workload.
They just couldn't be bothered to take money for it despite us reassureing them that this game runs better than a lot of stuff we paid 20 bucks for.

Then, following that love-in of a support thread, let me cite Khash, one of the devs:


QuoteI just managed to put together parts and it endup I have now another computer. its not great, but it can function to some degree for linux experiments. Its still long way to have it all right especially in so little spare time allocated to that, but there is a progress

They clearly don't care about mass, but about quality of feedback and so should we. Then we'll be getting exactly the kind of devs we need, Windows can keep said 9-5 zombies for all I care (you know, the kind of dev who whines that Linux users give too much feedback).

QuoteThey clearly don't care about mass, but about quality of feedback and so should we. Then we'll be getting exactly the kind of devs we need, Windows can keep said 9-5 zombies for all I care (you know, the kind of dev who whines that Linux users give too much feedback).

It really is the love of the Indie developers that don't get exclusive deals and are just there to get their game out into the world that have built up the Linux side of the Steam library.

Reminds me of Cold War, a game that the developers actually created on Linux, and they tried very hard to get it released for Linux, but then their publisher didn't want to bother, so Linux Game Publishing finally managed to get the rights to publish it.... and now to this day you can get it on Steam for Windows, but not Linux....

Too bad we can't get LGP's games through Steam. Whatever happened to them, anyhow? I bought as many games from them as I could.

Good on these Devs for releasing some Linux binaries. I'll buy their game, but I want them to know that I bought it for supporting (unofficially) Linux!
1 Likes, Who?

lvlark 24 Nov, 2015
View PC info
The game is interesting enough, and indeed runs very well for something that isn't officially released. So far I've encountered a few things that aren't working as they should, but nothing too bad.

I do think, however, the pace of the game is a bit slow, even for the kind of game it is. Hopefully it picks up after a while?
0 Likes
1/2»
While you're here, please consider supporting GamingOnLinux on: