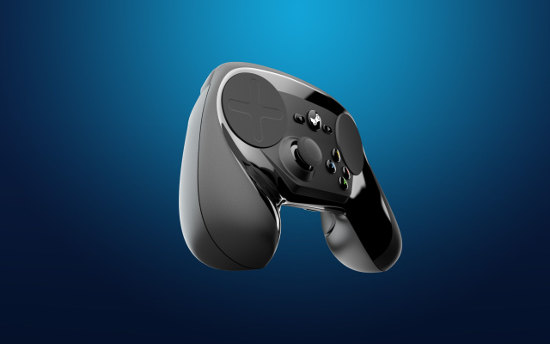 Jorge Castro from Ubuntu poked me recently (see the G+ comments there for confirmation) to let us know that Ubuntu 15.10 has already been patched for the Steam Controller, and 14.04+ others will have a patch back-ported this week.

It's really great to see them work this out so quickly, as by the time the official release date hits for the Steam Controller, we shouldn't have to face any of the issues the early adopters have.

Alan Pope from Ubuntu mentioned they had access to the hardware, so it's great to see them get in on it early. It would have been a nuisance to have to deal with this after the release, so kudos to the Ubuntu team.

For those not aware, you needed to do a little tweak to get it working correctly on Ubuntu, but this will be a thing of the past! Article taken from GamingOnLinux.com.
Tags: Editorial, Hardware
0 Likes
Share

View PC info
Will the effect of this patch be limited to the tweak we early adopters already had to fiddle with to get the controller working on Ubuntu? (Jorge: you're our hero.) Or will there be other benefits such as having access to other heretofore unknown functions, or (IwishIwishIwish) being able to use the controller on the desktop itself?
0 Likes

jorge 21 Oct, 2015
View PC info
@picoboom The fixed package just does what the workaround details except it does it correctly. The controller should be working on the desktop (I haven't tried it myself on the desktop session yet).
1 Likes, Who?
Purple Library Guy 21 Oct, 2015
Good to hear. With a little luck that fix will propagate over to Mint soon as well! (I'm sort of assuming the original problem would also have existed on Mint)
0 Likes

Quoting: Purple Library GuyWith a little luck that fix will propagate over to Mint soon as well! (I'm sort of assuming the original problem would also have existed on Mint)

Mint 17 builds on Ubuntu 14.04 LTS, which means Mint will get the update as soon as it appears in Trusty's repositories.
0 Likes

t3g 21 Oct, 2015
View PC info
If Canonical is adding things to the kernel, you should ask them to patch in the latest xpad driver from https://github.com/ValveSoftware/steamos_kernel/blob/brewmaster-3.18/drivers/input/joystick/xpad.c which adds support for the newer Xbox One controllers that ship with consoles and what you buy in stores.

As of right now, it does not get detected and forces us to use a DKMS package from https://launchpad.net/~mdeslaur/+archive/ubuntu/steamos which adds support from the SteamOS kernel.


Last edited by t3g on 21 October 2015 at 6:50 pm UTC
0 Likes
Guest 21 Oct, 2015
what kind of issue does this fix? Because I got mine today and it works *great* in Big Picture but no game seems to listen to it at all. Completely not working. It also only seems to work as a mouse when you have steam running. Did the controller work at all without this fix for you? Or is this fix about solving the fact that no game can use the controller?
0 Likes
Guest 21 Oct, 2015
Well Portal 2 works excellent with the controllers buttons in game and all but all other games are totally not working at all. Is this really it? Because the user experience kind of sucks. Big Picture just freezes when returning from a game that did not know of the controller and then you cant even use the controller until you restart Steam. It's kind of totally broken.
0 Likes
While you're here, please consider supporting GamingOnLinux on: