Ultra Off-Road Simulator 2019: Alaska will be supported on Linux with enough requests

In response to a user asking about it on Steam, the developer said this:

Actually - no problem with that. We are making a Mac version anyway, which both with Linux are - UNIX operating systems. So making a Linux port is rather simple. If enough Linux user will come around and request Linux version - you'll get Linux version :D

While I think they're underestimating the differences nowadays, it's good to know they're open to supporting Linux. 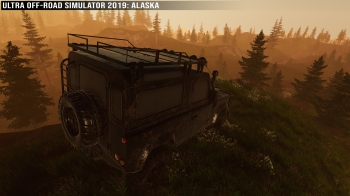 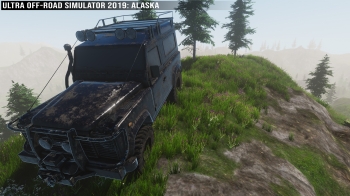 'Ultra Off-Road Simulator 2019: Alaska' is a realistic simulator of a real-life off-road experience and first installment of an upcoming series. Drive through one of the most extreme environments in the world - the wild and cold Alaska.

No rules, no barriers, no ‘safe-zones’. Only you, your car and the map - against the odds of the wild and uncharted Alaska. The final challenge and ultimate test. Man versus Nature, in all it’s glory and unrelenting force.

It features a vast open world with deformable terrain, a day and night cycle which could make things interesting when paired with dynamic weather too. A claim of "realistic" physics and destructible cars. I actually think it looks rather nice, could be quite a relaxing experience and I can't really think of many others like it on Linux.

View PC info
I've been waiting for a good off road game ever since when I played Cabelas 4x4 off road adventure 3. Looking at the trailer I think this game still wants to be a bit fast paced for my off road experience, I hope that I am wrong.

View PC info
looks good, only thing it must have is cockpit view and Wheel support then i buy it
5 Likes, Who?

Well then these are actually good news. Can't wait to see the final product. For sure I am very very interested in the game.
1 Likes, Who?

View PC info
but Spintires and Spintires: MudRunner works over Proton without issues, only intro video needs to get renamed or you need to hit space to skip the intro.
3 Likes, Who?

Hahahaha! This is amazing :D So here I am, writing an official email to gamingonlinux.com, with a question could you guys maybe post an article about us and is Linux community interested. And boom. You did it already, before I even finished the email :DDD

So, instead of finish that email - I'll just jump in here and talk to you directly - how about that? ^_^

First of all - THANK YOU soooo much! All the kind words and honest curiosity about our game is already so motivating and inspiring. I really haven't seen that one coming. None of us did.

Next, to elaborate about the matter more in-deep:
As I said on the forums: yes, we do not discard Linux port. Actually - Ultra Off-Road is BEING MADE on Linux. Our lead programmer is a huge Linux evangelist and he does all the coding on his penguinish machine. Both Linux and iOS are UNIX operating systems. And as we intend to go with our game on Apple's storefront - having a UNIX supported version of the game was always on our To-Do List. Heck - that is why we discarded all DirectX libs and use OpenGL only. That being said - posting to Linux, when being rather easy - is still not just 'a click of a button'. It still needs some work. Ergo - some time.

So what I can promise, is that Ultra Off-Road WILL support Linux - take it for granted. But it is in your hands - how quickly and how soon. You define its priority. As I've been quoted: spam the living hell out of our game's forum demanding Linux port - and you'll get it, maybe even at the very day of release.

This is no marketing or PR tricks. It's simple math - we do what our players want. If our players want a Linux port - they will get it. After all - we don't make games for ourselves. We do it for you.

You talk - we listen. No strings attached.

So yeah - put this thing on fire guys - and lets all sit and watch the flames :)
35 Likes, Who?
1/4»
While you're here, please consider supporting GamingOnLinux on: