Artifact, Valve's newest game, is due out on November 28th and it will be coming with same-day Linux support. Valve provided me with an early copy and it's pleasing to see it running well.

We won't have any formal review until after release, however, I do have some rather basic initial thoughts found from a few hours with the beta today. Mainly, I just wanted to assure people it's running nicely on Linux. I also don't want to break any rules by saying too much before release…

Some shots of the beta on Ubuntu 18.10 to start with. First up is a look at the three lanes during the hero placement section, which gives you a choice where to put them. It's interesting, because you can only play coloured cards if you have a hero of that colour in the same lane. 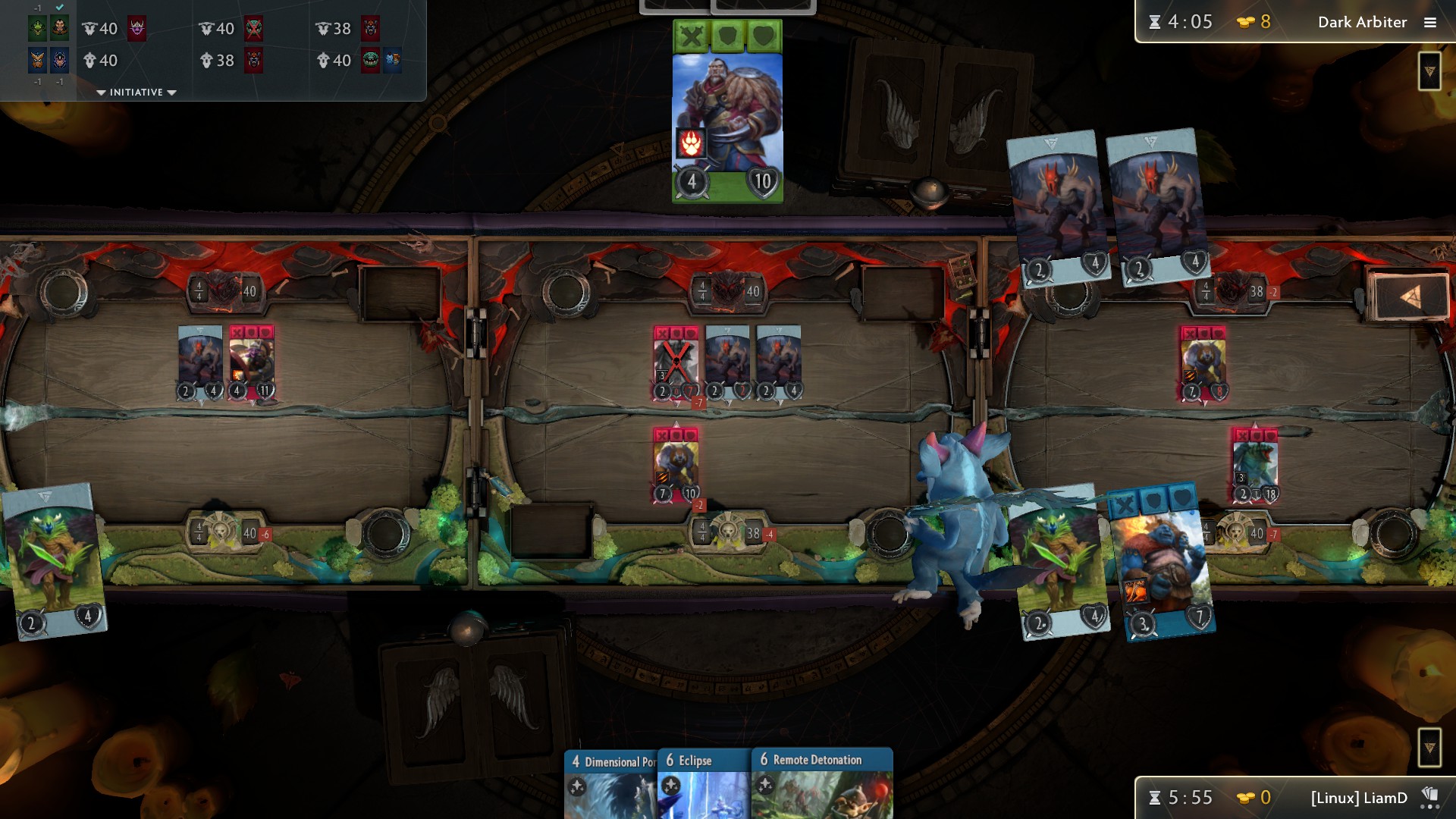 Heroes are your essential cards of course, for a number of reasons. They can really turn the tide when things get ugly. They can buff up other card, have their own special abilities, you can equip items on them to buff them further and so on. Honestly, I'm a little blown away at the level of detail here.

For those collectors amongst our readers, here's a little shot while opening a Booster Pack with the last one always being a rare card: 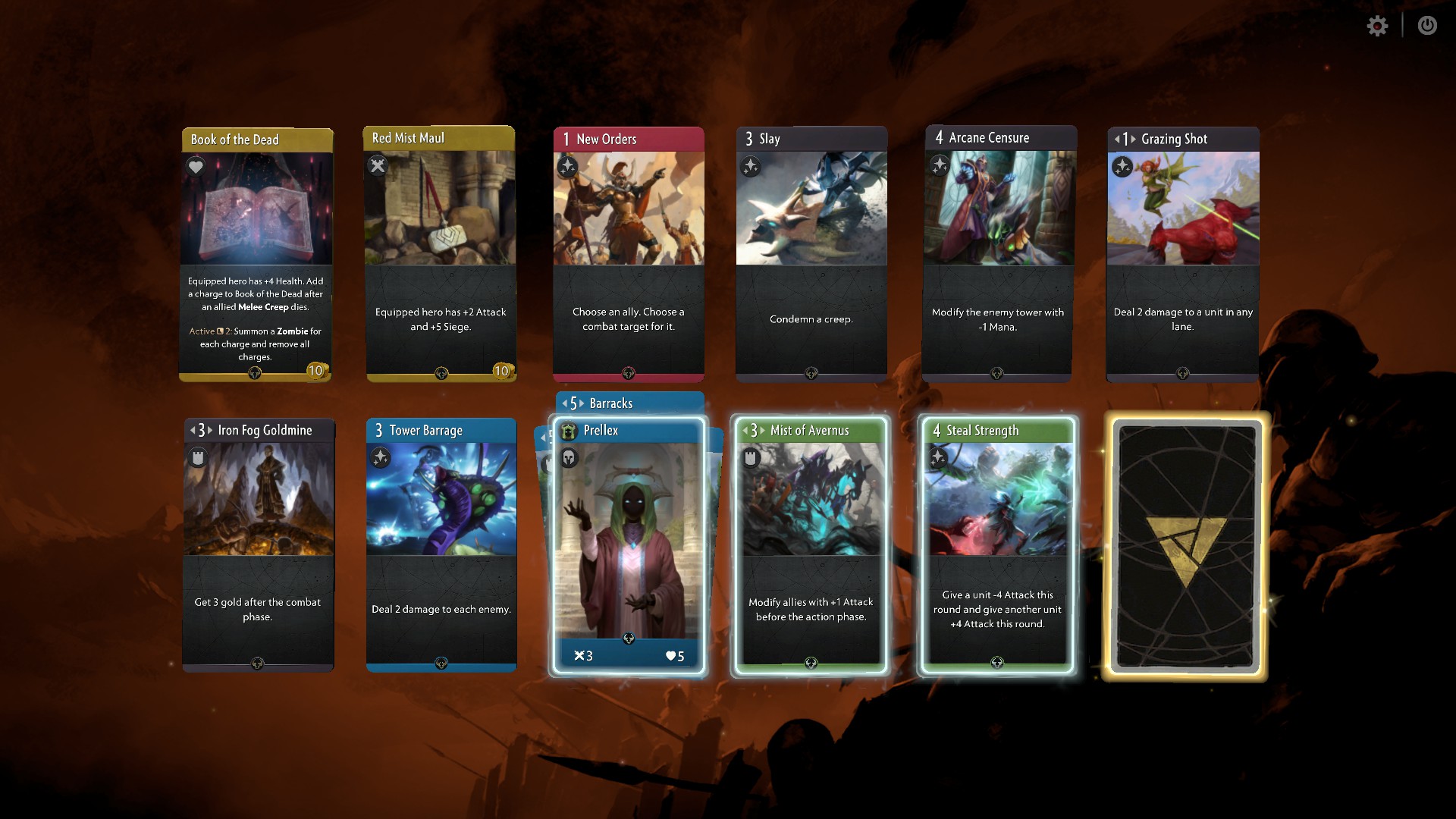 Lanes can extend across the screen, as shown here where I have an additional four cards not shown. You can amass a pretty big army of heroes and creeps. In this particular screenshot, I had already taken down the tower (there's one in each lane) which was replaced with an Ancient in this lane and so with my current combined attack power this was a fatal finishing blow to my opponent (destroying an Ancient is an instant win). 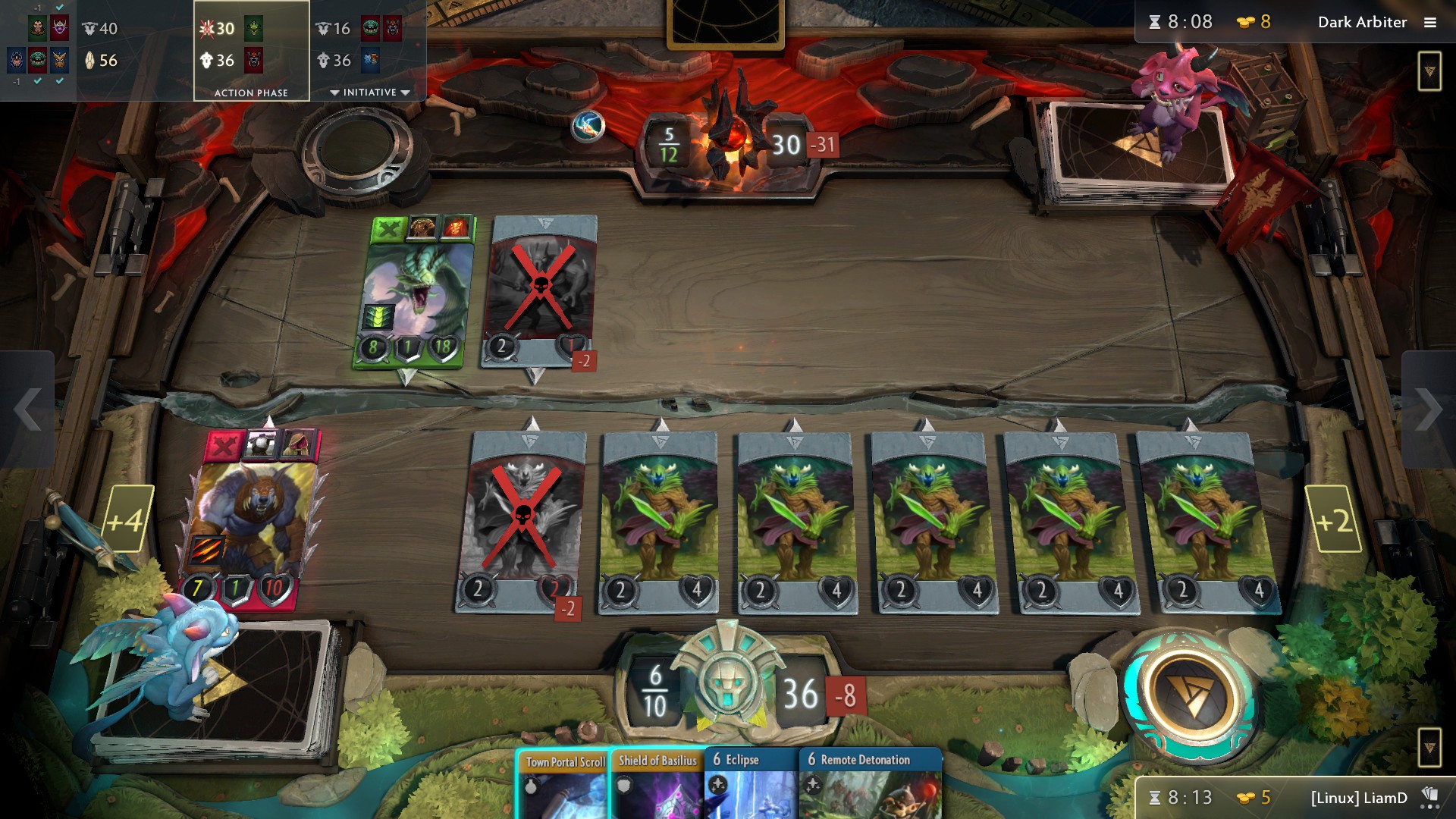 I haven't so far come across any Linux-specific issues, it certainly looks like Valve has given the Linux version plenty of attention. I would have been surprised if it wasn't running well, given Valve's focus on Linux lately. For those of you who might have had some worries—fear not!

It's worth mentioning they have been through a bit of controversy on it lately, with it having a bit of a backlash against the monetization model. This was amplified somewhat, because Valve didn't put enough focus into certain areas of the game. Valve responded here, to say they've added additional modes to practice and play with friends, along with allowing you to convert unwanted cards into event tickets. It sounds like they're going in the right direction with it and it is good to seem them act on feedback.

It's going to be interesting to see what more of you think of it once it has released. For me personally, I think I'm going to quite enjoy it. What I honestly thought would confuse the hell out of me, so far, hasn't in any way. There's quite a bit to learn of course and certain elements to it are quite complex, but it's nothing like what I expected.

You can follow along and wishlist it on Steam. As always, do ensure your platform preference is set on Steam in your account preferences at the bottom. More thorough thoughts will be up at release on the 28th.

View PC info
Wait, it must have taken you longer to write this than you could have played the game!
0 Likes

Quoting: EhvisWait, it must have taken you longer to write this than you could have played the game!

Eh? Not sure where you get that impression.
1 Likes, Who?

jardon 19 Nov, 2018
I think this game looks sweet. I've always liked the look and feel of Dota but I hate mobas so I've never been able to enjoy it. As someone who's played magic quite a bit, I'm really looking forward to playing.

I think a lot of the flack it has gotten has been unwarranted. People are used to paying small amounts of money for video games relative to how many hours they get out of it. I'd be upset if we didn't already have expensive card games that set the precedent. As long as it's cheaper than MTG then you won't hear me complain.
2 Likes, Who?

View PC info
Liam, did you open all your packs. How would you rate the total package with all the cards? Probably to early to tell much about the actual play, but maybe the diversity. Many duplicates?
0 Likes

Quoting: EhvisLiam, did you open all your packs. How would you rate the total package with all the cards? Probably to early to tell much about the actual play, but maybe the diversity. Many duplicates?

Some of the rares I got were, well, very interesting! Each pack was pretty varied actually, a few duplicates as expected but not overly so. Since (in the linked post) they will let you convert dupes into tickets if you wish then it should become more interesting and fair. On top of that, duplicates aren't a bad thing, since decks can contain multiples of the same card.
1 Likes, Who?

View PC info
I suppose that means at least 6 dupes for a ticket. Otherwise the the cards would become cheap tickets. :D
0 Likes

View PC info
Can you play it with children or is it too complicated for that? The little dragons should please children very well.
1 Likes, Who?

Quoting: 1xokCan you play it with children or is it too complicated for that? The little dragons should please children very well.

From the tutorial video on youtube it looked quite complicated. A lot of things to consider, especially with dealing with those three lanes.
0 Likes
monkygames 19 Nov, 2018
More gambling loot boxes. No thank you Volvo. You could have left this game off of Linux.
0 Likes

Quoting: monkygamesMore gambling loot boxes. No thank you Volvo. You could have left this game off of Linux.

Initially I was going to say, 'well, it's a F2P game, so I don't see the--', but then I googled and discovered it's $20? What the hell, Valve? We know you're not short of cash, it seems rather greedy to double dip like that :/
0 Likes
1/4»
While you're here, please consider supporting GamingOnLinux on: