Gaijin Entertainment have teamed up with Darkflow Software to create a new squad-based MMO called Enlisted, and they're taking a survey of what players use. This is a new shooter built around "some of the most important and famous episodes from World War 2". An entirely different game to War Thunder, with Gaijin sticking around as publisher although Darkflow have worked on Gaijin games before. 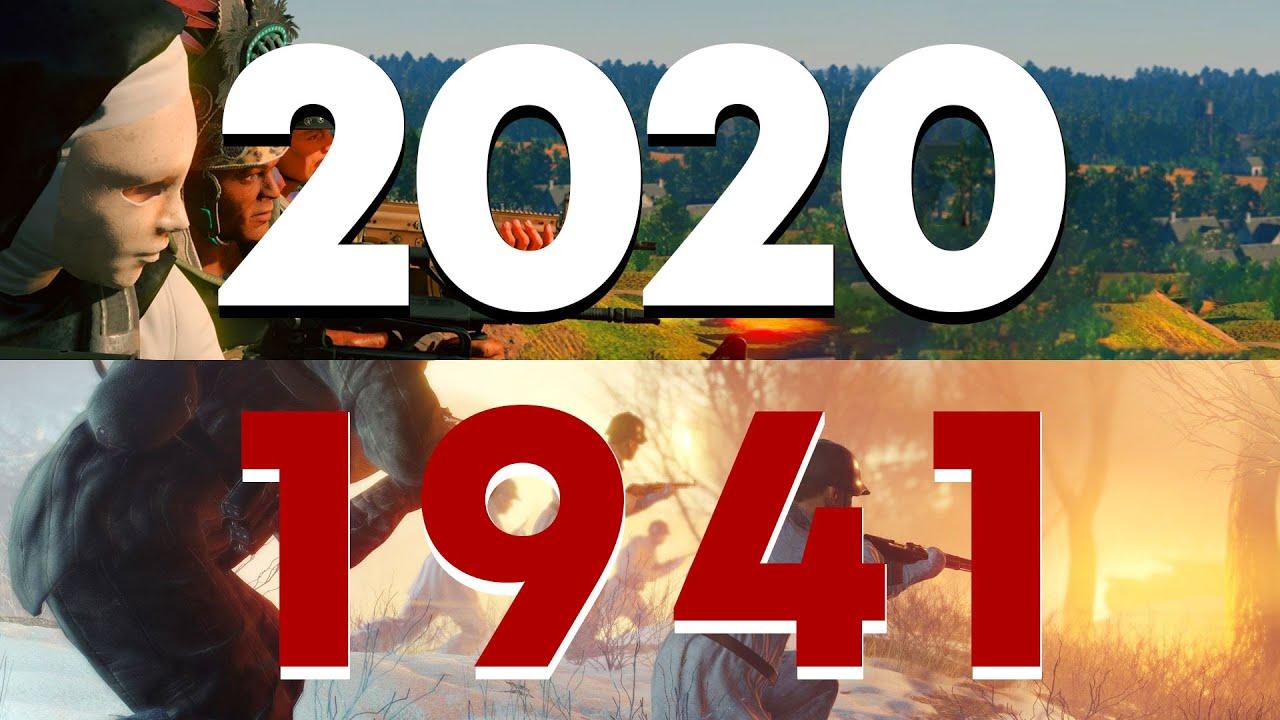 If you wish to show them your interest and that you use Linux, you can register on the official site and tap the "APPLY FOR ALPHA-TEST" which will send you an email with a short survey. This survey does include an option to show that you're using Linux but they're clear that Linux won't be supported during the "Alpha" period.

So why post about it? Well, they're quite obviously paying attention to how much demand there might be for it, especially since other Gaijin games (War Thunder, Star Conflict) are on Linux too. Additionally, they said in their FAQ that they will "probably add support for Vulkan later on" making a Linux version that performs well easier to do.

We're also missing some bigger games like this, so it sure would be nice to see support for it on Linux.

Article taken from GamingOnLinux.com.
Tags: MMO, Upcoming
12 Likes, Who?
We do often include affiliate links to earn us some pennies. We are currently affiliated with GOG and Humble Store. See more here.
About the author - Liam Dawe

View PC info
It would be great if they implement Vulkan support! That would be another victory for Vulkan and defeat for DirectX 12.

Too bad, I'm not into MMOs. Like, at all (I hate them with a passion)! But if one is interested in free-to-play casual MMOFPS a la "World of Tants", then (s)he should probably give it a go.
1 Likes, Who?

View PC info
Given the disastrous state that the Linux-Client of WarThunder is in for ages now i don't have very high hopes :(
But we can at least try ^^
0 Likes

PS: check your spam folder for the email
0 Likes

View PC info
They already have two of their games on Linux. So they know -exactly- how much of their audience is using Linux. Based on these numbers, it should be straightforward to make the platform decision right here and now. To me, this reeks like "Eh, we're basically decided not to bring this game to Linux, but nothing wrong with creating false hope, so Linux players get hooked to it anyway!"

Maybe I am wrong and/or just bitter, after one too many broken promises. But these days I don't trust any game to come Linux until the day they release the port.

Personally, I have no interest in this game anyway, so it's all good either way. :D
3 Likes, Who?

Quoting: KimyrielleThey already have two of their games on Linux. So they know -exactly- how much of their audience is using Linux. Based on these numbers, it should be straightforward to make the platform decision right here and now. To me, this reeks like "Eh, we're basically decided not to bring this game to Linux, but nothing wrong with creating false hope, so Linux players get hooked to it anyway!"

War thunder does not appeal to me so never bothered, However this looks interesting. So the exact figure is already wrong

Quoting: KimyrielleMaybe I am wrong and/or just bitter, after one too many broken promises. But these days I don't trust any game to come Linux until the day they release the port.

I agree with this whole heartedly

Quoting: Alm888But if one is interested in free-to-play casual MMOFPS a la "World of Tants", then (s)he should probably give it a go.

Casual ?
The grind fest is real with WoT
And i still have flashbacks of being in a tomato team versus two purples and 3 blues.
0 Likes

View PC info
Gaijin support for Linux with projects like WarThunder is a bit shaky, they have a vulkan render path which people CAN use but its unstable and needs work, but gaijin devs haven't put really any effort into getting vulkan running much better (has got worse actually).

Their OpenGL support was regressed a couple years ago to only function up to OGL3.3 features, this means the game looks&runs pretty ugly under Linux compared to Windows. We (Linux players) want them to move back to OGL4.6 or preferably Vulkan but it seems the developers are not really interested in listening. (the mods can only pass on messages to deaf ears :( )

Anyway this looks interesting, I wonder how the plane and tank combat works, hopefully you can control vehicles directly at the least. Gaijin was considering player infantry in WarThunder at one stage but obviously it would require far to much work so making a new game that does that seems sensible.

Linux users can also hold out hope for EAC support under Wine/Proton/Steamplay sometime in the future, some MINOR progress has been made already towards that front!

This is a brilliant idea, I love WWII games, the best game ever was Medal of Honor Breahthrough/Spearhead, I would really love if someone made an uptodate foller to that.

I applied for the test, but have not received any mail about a survey (also not in spam folder..). I was registered user already with WoT from earlier, not sure it that matters.
0 Likes
While you're here, please consider supporting GamingOnLinux on: