This website makes use of cookies to enhance your browsing experience and provide additional functionality -> More info Deny Cookies - Allow Cookies
⨯ We're live now on Twitch!
⨯ You can sign up to get a daily email of our articles, see the Mailing List page!
Latest Comments by nox
The sad case of Trine on Mesa and Linux in 2019
20 November 2019 at 7:53 pm UTC

I may not have read the article well enough, but Trine and Trine 2 renders fine on my system with Mesa Aco. I guess there are fixes not in a release yet?
View this comment - View article - View full comments
vkBasalt, an open source Vulkan post processing layer for Contrast Adaptive Sharpening
21 October 2019 at 9:02 pm UTC

NeoTheFoxGreat job on that sliding preview, it really works well for side-by-side. You are very good at this Liam.

Can't take all credit. I implemented it using https://github.com/koenoe/cocoen, no point reinventing the wheel

Do you notice a slight misalignment between the two pictures?
I wonder if this is due to the source material slightly shifted,
the post-processing or the implementation of the new feature?

I don't see any misalignment? Can you point it out?

Here it's just a pixel or so.
If I quickly move the slider, so that it's like swapping the images,
it clearly looks like the post-processed image is slightly shifted downwards.

Wait, this is strange.

Yet, it's really not a big thing.

Can you reproduce that?

This is a really sweet tip, thanks Liam!

Make some of the rather lackluster parts of FFXIV much nicer to look at. 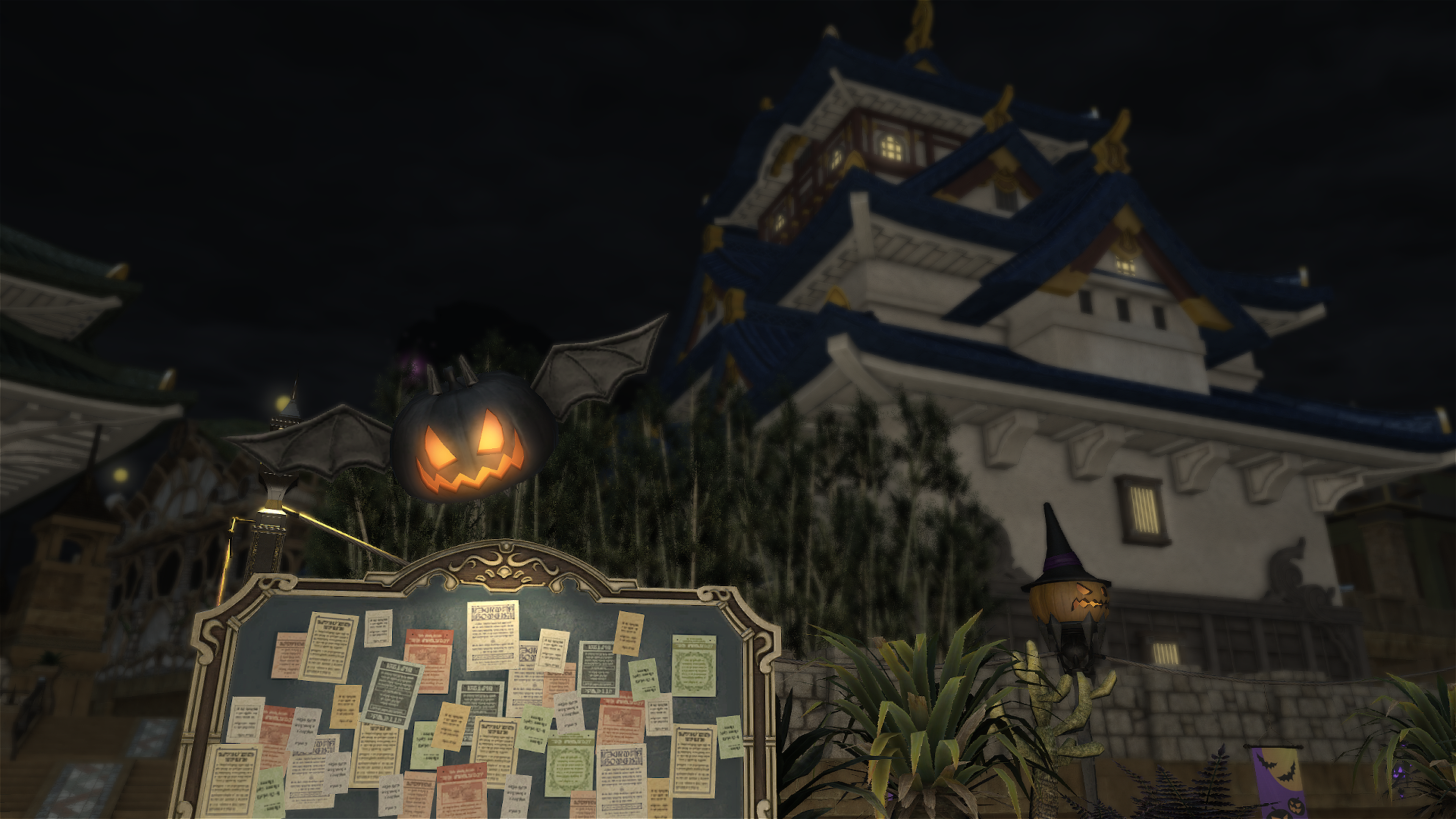 Combination of in-game filters and vkbasalt.

WoW no longer requires the "DXVK_FAKE_DX10_SUPPORT" to run!


joaojottaWrong? For more than once I had to go on Windows do play Rust. A thing that pushed me away from the game.
That’s true.
A Unity problem? But the game I bought is from Facepunch. I don’t care about what engine they use. My “contract” is with them, not Unity.

What lies are you talking about?
That they have more abandoned projects than completed ones? That the game was never very stable? That updates more often than not actually break the game (OK, I’ll give that one as I stopped playing the game so it could be better now).

Nox, I love you man, but don’t call me a liar. I spoke of my personal experience as a customer and that is what should be considered. I didn’t make up anything.
I don’t even hate them. Just got burned, don’t want to get burned again. That’s why they’re blacklisted for me.

They were failing to deliver. Period.
Let’s just hope they keep supporting the game for Linux long enough to actually bring it back for sale.
Honestly, both for Linux gamers and their business (more sales).

Alright, the way you put it made it seem like linux users in general had to hope that new updates didn't make the game worse for them. If that's your personal experience, that's fine, but the way you said it made that statement incorrect.

So; When I said partially lies I was talking about the points where you projected your own personal experience onto other users.

Let me put this straight though: It's not a perfect game, nor a perfect studio. They do have stuff to fix, on all platforms.


Now, regarding unity/Rust, I guess that's a matter of perspective. In my eyes a engine is more like an OS. If that OS ends up breaking something which makes whatever process not run anymore it's likely the fault of the OS and not the devs of the process. Of course, if they could easily work around it and fix it and didn't, then I would agree. But they can't. It's a bug in the engine where they have no way of properly fixing it without waiting for unity updates.
Yes, you did buy the game from them, but you also know about the dependency that is Unity. As a Linux user this should be a pretty common concept.

But, regardless, it's okay to have different opinions and experiences, just don't project them as something everyone experienced.
View this comment - View article - View full comments
DXVK, the Vulkan-based layer for Direct3D 11 with Wine has another fresh release
3 August 2018 at 10:46 pm UTC Likes: 1


GuestAlso dying to have Crash Bandicoot playable on linux, seems to get alot of bug fixes and I've seen people playing it.. But for me it always just hangs right at the start .. Anyway to get Crash Bandicoot to work?

Does it hang on/after the "Press any button to continue" screen?
If yes; I had to switch steam to offline mode to get it past that screen. (As in proper offline mode: Top left -> Go offline)

After that it has worked really well for me!
View this comment - View article - View full comments
Indie FPS 'Ballistic Overkill' updated with a new 'Rounds' game mode
3 August 2018 at 10:23 am UTC Likes: 1

Little problem for those of us who play on 2560x1440. The UI elements are now scaled for 1080p it seems like. Reported it.
View this comment - View article - View full comments
Facepunch are no longer selling the Linux version of the survival game Rust (updated)
3 August 2018 at 9:09 am UTC Likes: 1


joaojottaCurrent version of Unity?!? Since when did Rust become a stable game?
Update after update Linux users chew their nails in hope for the game to even start.
That sounds like an excuse.
Regret buying the game.

Facepunch (according to their website) have more abandoned projects than finished/under development and prototypes combined so yeah, I’d say there’s more to it than just “Unity is broken for Linux”.

I could be wrong but I think there’s more to it.

Honestly, a lot of the issues for the past few months has been entirely caused by unity and nvidia issues. That's not on them.
They also don't have a history with linux problems after updates, unless you are talking about the system requirements going up.

Jotta, you are being too negative here.


Don't get me wrong here, I don't know what their long term plans are and I do not know if they'll let quality go even further down, but what you are saying is 1) factually wrong and 2) partially lies.
View this comment - View article - View full comments
Facepunch are no longer selling the Linux version of the survival game Rust (updated)
27 July 2018 at 8:15 pm UTC Likes: 1


x_wingWe should take in account their sales, from my point of view it should not matter the global statistics as they may be poisoned with multi-account and free to play.

We have had other publisher with way less people and they were quite supportive with our community. I cannot justify an statements as "we don't do QA because you're not enough for me". As I said before, there are other solutions, more than three years of nill QA sounds like he never care about us (and he really stated that in his tweets). I don't say he hates our platform, but this guys are definitely the type of devs I don't want to give my money.

Here you can see the number of total sessions from all platforms: https://rust.facepunch.com/stats
Based on that, plus the fact that Unity + Nvidia has fucked shit up the last 3+months for them makes the decision understandable.
They can't pour enough resources into it to officially support it, and they are admitting that.

The fact that they'll keep building and shipping a linux version after all those issues, the outrage from the community and the tiny number of sessions is interesting and it makes me happy. It shows that they don't just want to drop linux, they just can't officially support it.
View this comment - View article - View full comments
Facepunch are no longer selling the Linux version of the survival game Rust (updated)
27 July 2018 at 8:02 pm UTC Likes: 4


jasonmFair enough. So have them offer refunds to all the Linux users that purchased the game. Then I will say, okay, we're good. If Unity is the problem, Facepunch needs to get on their rear. Facepunch said they would support Linux, if they can't well, that's business. You can't say one thing then do something else in business. Well, I guess that's only true if your NOT in game development.
/Jason

Would be good for them to offer refunds, but it would be hard to make fair, so let's depend on the steam refund policy here.

If you simply feel like you haven't gotten your money worth, talk to them and they are usually reasonable. If the game still functions decently it's different though as you still have your product.

For me, I could never get a refund fairly. Over 1k hours in the game, even if the game did stop working I couldn't really say I didn't get my money worth.

So; regarding mass linux refunds. Let's talk about that when 1) nvidia has released a fix for the problem and that fix has reached most users, 2) The unity version no longer contains breaking bugs.
If the game still isn't good then, well, let's talk about linux refunds.

Not so well with today's news.

Don't know guys. I don't feel like we're "abusive, demanding, rude" community. If you don't do QA and people that pays money for something finds out that it doesn't work, I would really understand that some people piss off with me. I mean, imagine the scenario if you give the same QA to Windows community... Is really like a chicken-egg problem this.

Sadly, we've seen this a lot over the years. People get pissed at developers and they back off.
Note: The Linux and Windows versions of Rust has been about as stable when I've tested them side by side. Until the most recent issues they have provided QA that is about on par with windows.
View this comment - View article - View full comments
Sales
Visit sales page
Livestreams & Videos
None currently, submit yours here!
Add your own livestream here.
Popular this week
View by Category
Contact
Latest Comments
Latest Forum Posts
Misc