Steam Linux Beta now open to all! Plus other bits of Steam.

That's it folks, the closed beta is all over for Steam as anyone on Linux can install and play with it now which is awesome news.

The actual Steam website now has all the Linux bits on it now as well and it's quite prominent with a big Linux button on the main navigation bar! Valve have also updated "Steam Play" to have the Linux logo if the game is on Linux.

The "About" page if you visit it on Linux also gives you all the info you need now as well including this little man: 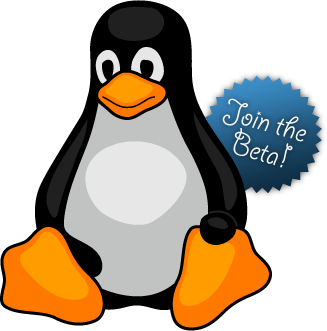 Along with that FTL game has released a beta opt-in with a password of "betapatch" if you wish to test their game on the Linux Steam client which includes other major fixes!

The Linux gaming Reddit has a user doing a list of what games install and work as well so that's a good post to keep an eye on.

I am the owner of GamingOnLinux. After discovering Linux back in the days of Mandrake in 2003, I constantly came back to check on the progress of Linux until Ubuntu appeared on the scene and it helped me to really love it. You can reach me easily by emailing GamingOnLinux directly.
See more from me
Some you may have missed, popular articles from the last month:
The comments on this article are closed.
2 comments
berarma 22 Dec, 2012
I want to give it a try but I don't think it'll be easy to install in Debian. The propietary software integration syndrome. Hey Valve, it's easier to make it distribution neutral than what you've done. One thing is they don't offer support to other distributions, but giving a fuck about cross-distribution standards... This is not Windows.
0 Likes
berarma 22 Dec, 2012
I just found this post explaining how to make it work: http://aspensmonster.com/2012/12/07/steam-for-linux-beta-on-64-bit-debian-testing-wheezy/.

But I think I'm going to play some indie/hb/desura games instead, at least they know how to distribute a game without making it hard for the user. It isn't surprising anymore than even a one man team can do right where big corporations go wrong, we've been shown several times. I'll wait and see if they can fix it or just rant about it.
0 Likes
While you're here, please consider supporting GamingOnLinux on: