This just in the developers of The Cave have confirmed via twitter that The Cave will be supporting Linux via Steamplay! 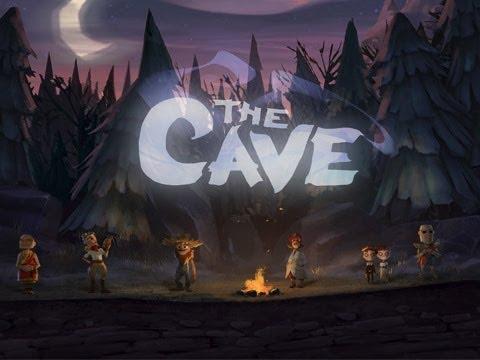 The Cave is a new adventure game from Monkey Island and Maniac Mansion creator Ron Gilbert, and Double Fine Productions, the award-winning studio behind Psychonauts and Brütal Legend.

Assemble your team of three from seven unlikely adventurers, each with their own unique personalities and stories, then descend into the mysterious depths to explore locations including a subterranean amusement park and a medieval castle, not to mention a fully armed and ready-to-launch nuclear tipped ICBM. The Cave awaits.

Article taken from GamingOnLinux.com.
Tags: Indie Game, Upcoming
0 Likes
We do often include affiliate links to earn us some pennies. We are currently affiliated with GOG, Humble Store and Paradox Interactive. See more here.
About the author - Liam Dawe

I am the owner of GamingOnLinux. After discovering Linux back in the days of Mandrake in 2003, I constantly came back to check on the progress of Linux until Ubuntu appeared on the scene and it helped me to really love it. You can reach me easily by emailing GamingOnLinux directly.
See more from me
Some you may have missed, popular articles from the last month:
The comments on this article are closed.
7 comments
berarma 15 Jan, 2013
Is there are chance these games can be bought without Steam or do they sign exclusivity deals?
0 Likes

View PC info
Seriously though, this is great news. How long ago was it that Double Fine were console exclusive? They've made some huge steps forward over the past 12-18 months, and it seems to mesh well with them wrangling more direct control over their future, so it's win-win :D
0 Likes
TouchMyBox 15 Jan, 2013

Quoting: "berarma, post: 7685, member: 131"Is there are chance these games can be bought without Steam or do they sign exclusivity deals?

Valve doesn't do exclusivity deals, but most devs are contempt with just being on steam.

Bumadar 16 Jan, 2013
the trailer gives me a "Trine" feeling though, but probably more puzzles :)
0 Likes
While you're here, please consider supporting GamingOnLinux on: