Starbound Has Had A Lot Of Updates Recently

By Liam Dawe - 12 August 2013 at 9:38 am UTC | Views: 12,436
Starbound the awesome looking universe sandbox game that should hopefully be out this year has been showing off daily updates of their progress, this is aimed at being a short look at some of these updates.

Starbound is a game I am quite excited for considering just how big the game is going to be going by their updates! We will hopefully be running a server for it once it is out as I have it ready on pre-order to show it off to everyone (so expect videos in future).

The game itself will feature character customization including various different races that start with different skills and each race will have weapons unique to them much like an RPG. It will also feature building in a style like Terarria (it's 2D) but it will offer much much more than that game ever had.

They have already shown a screenshot of it running under KDE (so we can be sure it really will work nicely under Linux); 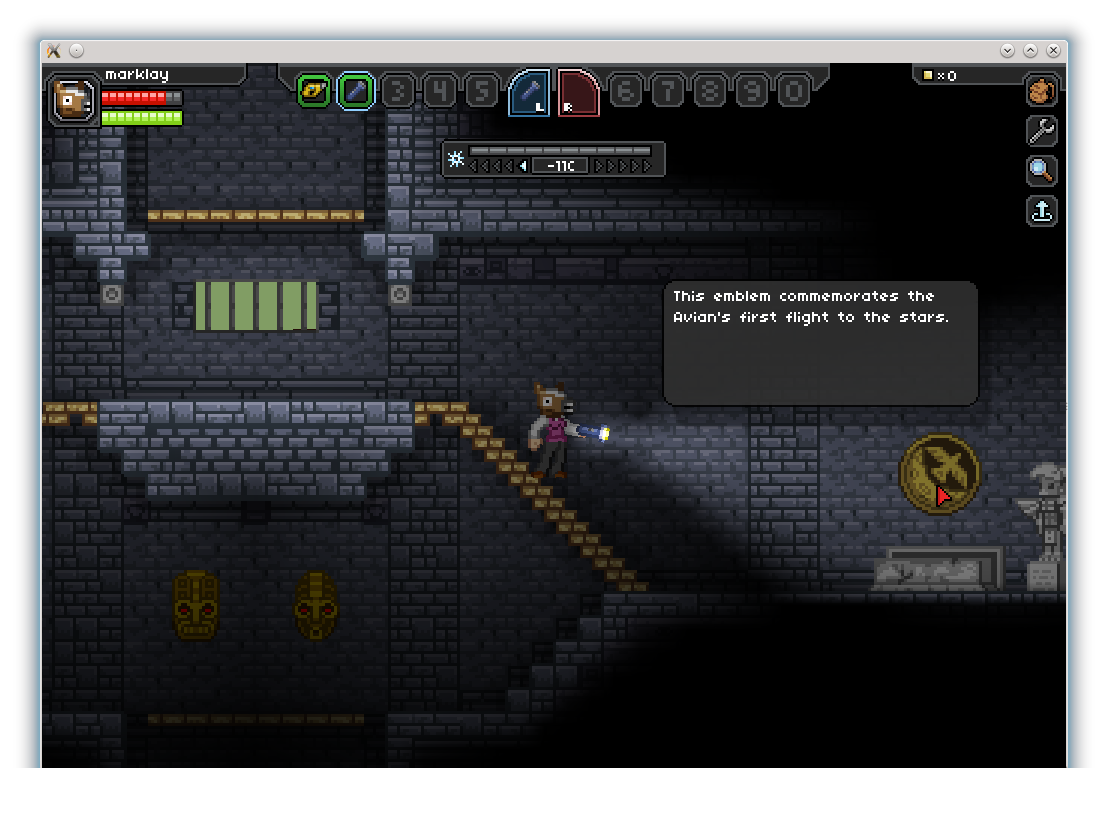 What I am most excited about I think is just how diverse the biomes will be, take a look! 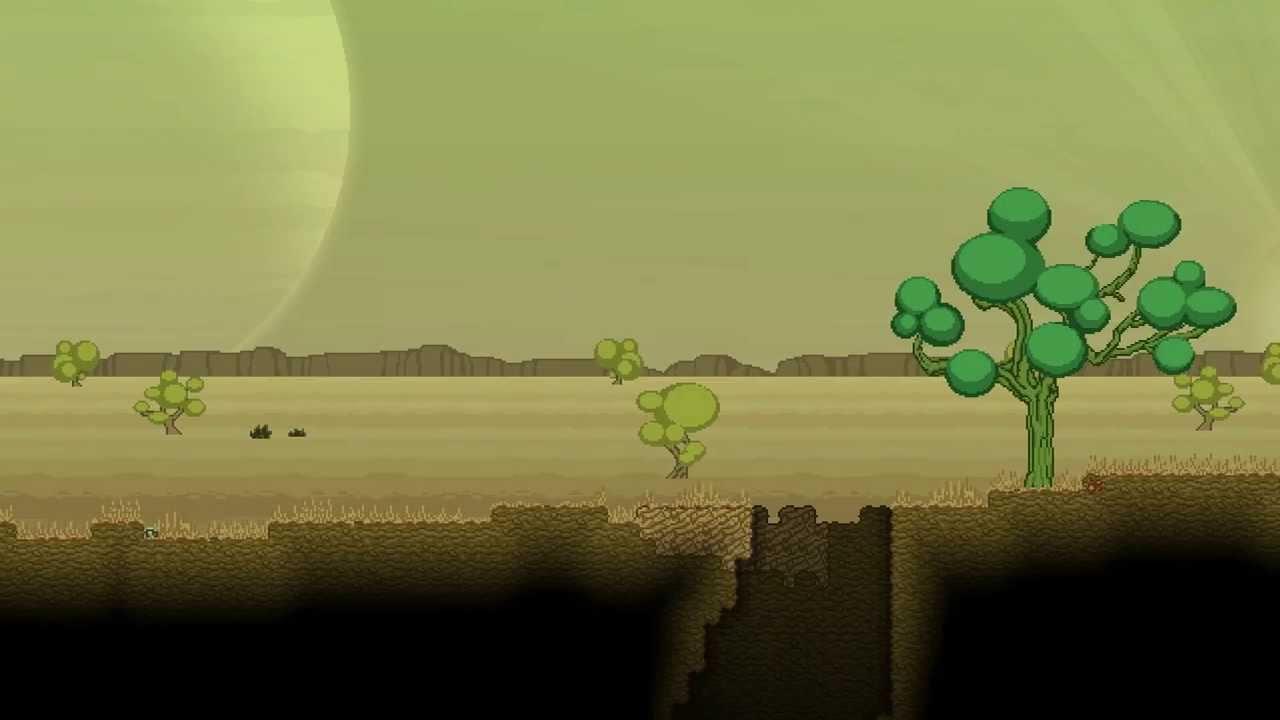 It has so many features it is hard to list them all. What makes it quite interesting is that along side the weapons they are manually putting in you can get random weapons too which makes trading quite interesting, here's a short animation to show off some weapons;

While mainly a sandbox game where you go off and explore different planets they will be including a quest system, I am not sure exactly how large the quest system will be but they have stated for sure it will at least feature a set of starting quests to help you learn how to play with an ending boss monster to defeat.

Something I am sure will excite the Pokemon fans amongst us (anyone?) is that it also features A LOT of different types of monsters to fight against, they will also have their own unique moves to fight against you with and they can evolve. Along side this you can also have pets of your own!

I will end this update post with a video of a developer bouncing around on some asteroids and falling back down to a planet, enjoy! 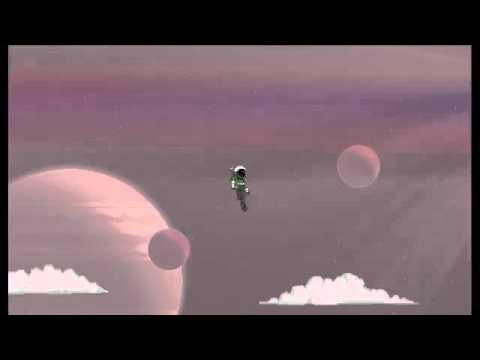 YouTube videos require cookies, you must accept their cookies to view. View cookie preferences.
Accept Cookies & Show   Direct Link
Like I said there is A LOT to this game, far more than I can give you but hopefully this gives you a little insight into what the developers of Starbound have been up to. You can pre-order the game for $15 and get access to the Beta as soon as it starts, a Steam key and the Soundtrack right now.
Article taken from GamingOnLinux.com.
Tags: Editorial, Humble Store, Upcoming
0 Likes
Share

We do often include affiliate links to earn us some pennies. We are currently affiliated with GOG and Humble Store. See more here.
About the author - Liam Dawe
I am the owner of GamingOnLinux. After discovering Linux back in the days of Mandrake in 2003, I constantly came back to check on the progress of Linux until Ubuntu appeared on the scene and it helped me to really love it. You can reach me easily by emailing GamingOnLinux directly.
See more from me
Some you may have missed, popular articles from the last month:
The comments on this article are closed.
13 comments
Page: 1/2»
tiger 12 Aug, 2013
looks interesting

View PC info
Thanks for promoting this, this is great news, but I am worried by the fact that I love Linux, and I love Terraria and have been waiting for starbound since it was announced, however, I had not heard that Starbound would be released on the Linux platform. Hopefully, I am but an isolated case, but if this is the case, then we need to spread the word.

Quoting: OZSeafordThanks for promoting this, this is great news, but I am worried by the fact that I love Linux, and I love Terraria and have been waiting for starbound since it was announced, however, I had not heard that Starbound would be released on the Linux platform. Hopefully, I am but an isolated case, but if this is the case, then we need to spread the word.

Q. Which platforms will the game support?

A. Windows, Mac and Linux!
Taken from their official FAQ, link is at the top of the store's page :)
0 Likes

Superuser 12 Aug, 2013
View PC info
Honestly, I think the game has great ideas behind it, but I've just HAD it with pixel graphics! I didn't grow up with them, I grew up on the N64 and PS1 and I feel no nostalgia whatsoever - all I see are ugly graphics. Isn't it time to move on already. It feels like game art is moving backwards rather than forwards at this point. :><:
0 Likes
Mike Frett 12 Aug, 2013

Quoting: SuperuserHonestly, I think the game has great ideas behind it, but I've just HAD it with pixel graphics! I didn't grow up with them, I grew up on the N64 and PS1 and I feel no nostalgia whatsoever - all I see are ugly graphics. Isn't it time to move on already. It feels like game art is moving backwards rather than forwards at this point. :><:

I DID grow up with them, and I don't like reliving the experience. Don't get me wrong though, Pixels or not, some of these games are really fun and I do enjoy the fun ones. I think for a lot of the indie studios, pixel art happens when it just costs too much to hire graphics artists, and I respect that. I respect Indies for their games and most importantly, their Linux support.

I believe also, as these Indie devs grow their studios, the Graphics will get better. That's why we need to support them, more support means more Linux games and better graphics in the future when they get enough to hire graphic artists.

Edit: Doing it just to be following a trend even when an artist is on-hand -- yeah that bothers me sometimes. But I'm sure they have their reasons, especially if it's a smaller Indie Studio.
0 Likes

Liam Dawe 12 Aug, 2013
View PC info
Personally for me pixel art is never an issue, it does become an issue when pixel art is the selling point of the game, this is not the case for Starbound.
0 Likes
Lord Avallon 12 Aug, 2013
This game will be EPIC, I have been tracking its progress for a long time, they stated very early that Linux support was oficial, so it made me want it more and more!

I love pixel art, it is never an issue to me, I grew up with pixels, I can say that what really disturbs me a lot and is very ugly to my eyes are low resolution 3D games and low resolution textures.
0 Likes

View PC info
Pixel art is just another art medium, and done with talent it has its own charm -- just like sculpture and watercolors don't obsolete each other. I can see why some people would tend to like it or dislike it, like some have a fondness for, or bias against watercolor, while others of us just don't care as long as it is done with talent and a style we like.
0 Likes
s_d 12 Aug, 2013

I'm partial to the art-style of Starbound, and the game looks to have a lot of depth to it.  It's not only pixel art, but it is stylized as well.  I will likely be interested in this title, but it will be down to a number of factors, of course.  As much as the game itself, I'll be interested in how it ends up being distributed.
0 Likes
1/2»
While you're here, please consider supporting GamingOnLinux on: