Time To Go Postal, Free Postal 2 DLC On Its Way

Postal 2 (Steam, Desura) the first person game from RunningWithScissors looks like it's getting a totally free DLC!

Fairly soon we will be making an announcement on what we are currently working on. Those that own and enjoy P2 will be happy. Retweet :)

And they followed it up by replying to us to hint a bit more!

Lastly the true confirmation of what it will be:

@gamingonlinux Yup, as a thanks to our fans for 15 years of support. Some of the most popular requests and mods being implemented. More soon

So Postal fans, it looks like it's time to get excited! I recently got myself a copy of Postal 2 after being a fan of Postal 1 so this is good news!

I wonder exactly what it will add, supporting an old game like this with brand new content is very welcome and they are a developer well worthy of support.

Collect a pack of attack dogs! Use cats as silencers! Piss and pour gasoline on anything and everyone! YOU KNOW YOU WANT TO!

Here is their funny trailer to get onto Steam: 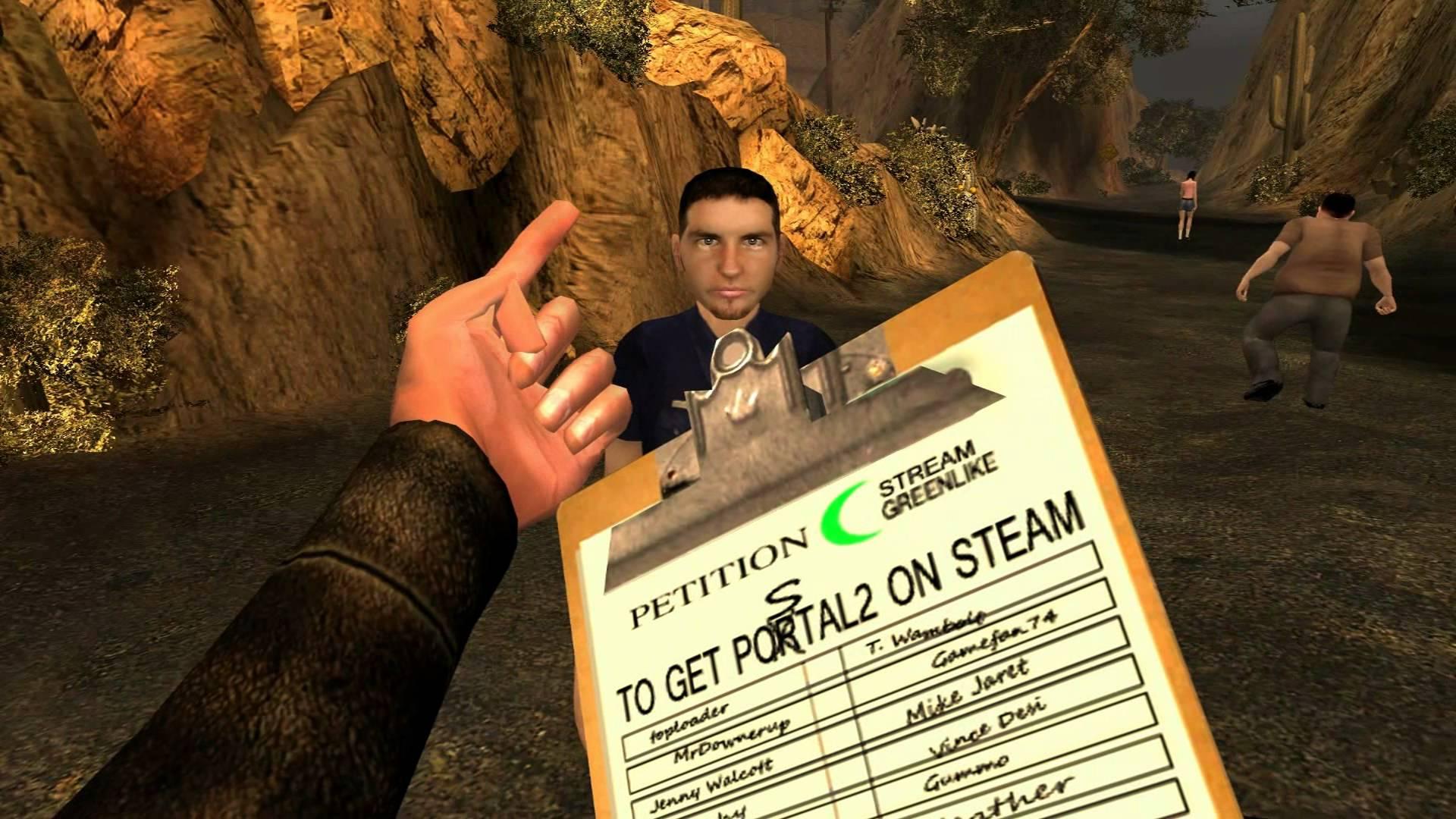 I am the owner of GamingOnLinux. After discovering Linux back in the days of Mandrake in 2003, I constantly came back to check on the progress of Linux until Ubuntu appeared on the scene and it helped me to really love it. You can reach me easily by emailing GamingOnLinux directly.
See more from me
Some you may have missed, popular articles from the last month:
The comments on this article are closed.
8 comments
richie442 3 Sep, 2013
Should i Buy it? I remeber this game, when i was kid. But with my friend we just literally got people on fire ( oh, sweet childhood). What about campaign or story?
0 Likes

I also grabbed the original, despite owning the Loki port.
0 Likes
Running With Scissors 3 Sep, 2013

I also grabbed the original, despite owning the Loki port.

The Steam version has a fair few updates so you won't regret it. Thanks for the support!
0 Likes
Mike Frett 3 Sep, 2013

I've had P2 Complete for about five months now. Like adolson, I just haven't made time to play it. In all honesty I'm overwhelmed and knee deep in Games I've bought for Linux. Regardless of what people say, there are plenty of Games for Linux and not enough time to play. :'(

I thought I might gift a copy to my brother while it's on sale. Even though he is overwhelmed with Games also. Between Desura and Steam, I dunno what the hell people are complaining about when they say there are no Games. I mean really, Hardcore Gamers don't make but a small % of the market; the rest would be fine with their Phones or switching to Linux.

That's why I say, for most, Windows is simply a crutch that gets rationalized into usage. Hey! thanks for the Linux support Running with Scissors! =) I might be motivated enough to play it today with my brother ;)

I think the best thing is, next years Steam Summer Sale should be flavorful with all the new titles coming out!. Hope you guys at RWS have some new stuff for us by then :P
0 Likes

View PC info
This should be interesting. ^_^
0 Likes

View PC info
That is super news! Thanks RWS
Played the F out of the P2  back in the days. The game is superbly insane and funny.
cant wait to check out the DLC
0 Likes
Deathspawner 4 Sep, 2013
Amazing. I had to do a double-take when I say "Postal 2" in the headline.
0 Likes
Bob the Flame 9 Sep, 2013
I have been playing Postal 2 on and off since it came out-actually about two weeks ago I broke out the disks and installed it again-have been going M@D Crazy, if ya know what I mean-AW7 Rocks my Socks.

Can't wait for whatever DLC is coming, I'm a HUGE fan of RWS, and I know this is going to be BRILLIANT!
0 Likes
While you're here, please consider supporting GamingOnLinux on: