Team Fortress 2 the popular free 2 play shooter from Valve has been updated to include a lot of new content!

Some of the new stuff

General
Added a new community map cp_snakewater_final1
Added new achievements for Snakewater, Process, and Standin
Older event crates no longer expire on login, but have been updated to indicate they can no longer be opened
about:blank should now be a legal URL and won't get blocked for MOTD
Fixed bots using the Phlogistinator being able to airblast enemies
Fixed the stock Shotgun not appearing in the backpack with "Show stock items" option turned on
Fixed a problem causing map stamp leaderboards to not update under certain circumstances
Weapon adjustments (see full log)

I haven't actually touched Mann vs. Machine at all, is it any-good? I am always impressed at how well Valve support their titles with new content other companies should look to them for a bit of inspiration sometimes.


QuoteMann vs. Machine lets you and five friends fight a lethal horde of robots on new maps, with the opportunity to upgrade abilities and weapons along the way

I really should try it and so should you!

Trailer for the update 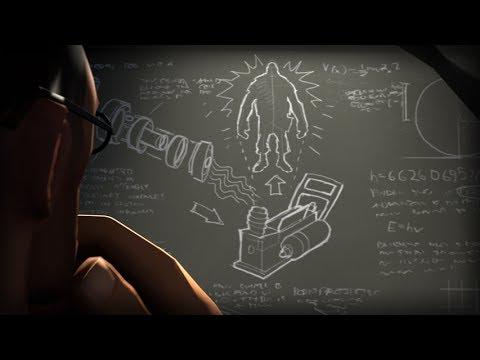 I am the owner of GamingOnLinux. After discovering Linux back in the days of Mandrake in 2003, I constantly came back to check on the progress of Linux until Ubuntu appeared on the scene and it helped me to really love it. You can reach me easily by emailing GamingOnLinux directly.
See more from me
Some you may have missed, popular articles from the last month:
The comments on this article are closed.
6 comments
octoowl42 22 Nov, 2013
The update is fun but very hard, for anyone who loves to play medic (like me) it's a complete game changer for co-op mode, basically going from a near useless class in MvM to the most powerful.
0 Likes

titi 23 Nov, 2013
View PC info
Does this game still have those horrible loading times? I was so annoyed that I completly stopped playing it.
0 Likes

Quoting: Quote from titiDoes this game still have those horrible loading times? I was so annoyed that I completly stopped playing it.

Well, it still has long loading times (on Windows too) but it's far better than when the game was released. It seems that launching the game is longer but loading levels is far shorter (before TF2 switched to the new file format, loading a level took 3-4 minutes on Linux).
0 Likes