By Liam Dawe - 7 November 2013 at 6:22 pm UTC | Views: 7,509
Race The Sun is a high-speed game that uses simple controls and is set in a procedurally generated world. The goal is to get the highest possible score by racing into the sunset, avoiding obstacles and enemies, and collecting speed boosts and other powerups to help you along the way. You fly a solar-powered craft, and the game ends at sundown, if you can make it that far!

Me playing it badly 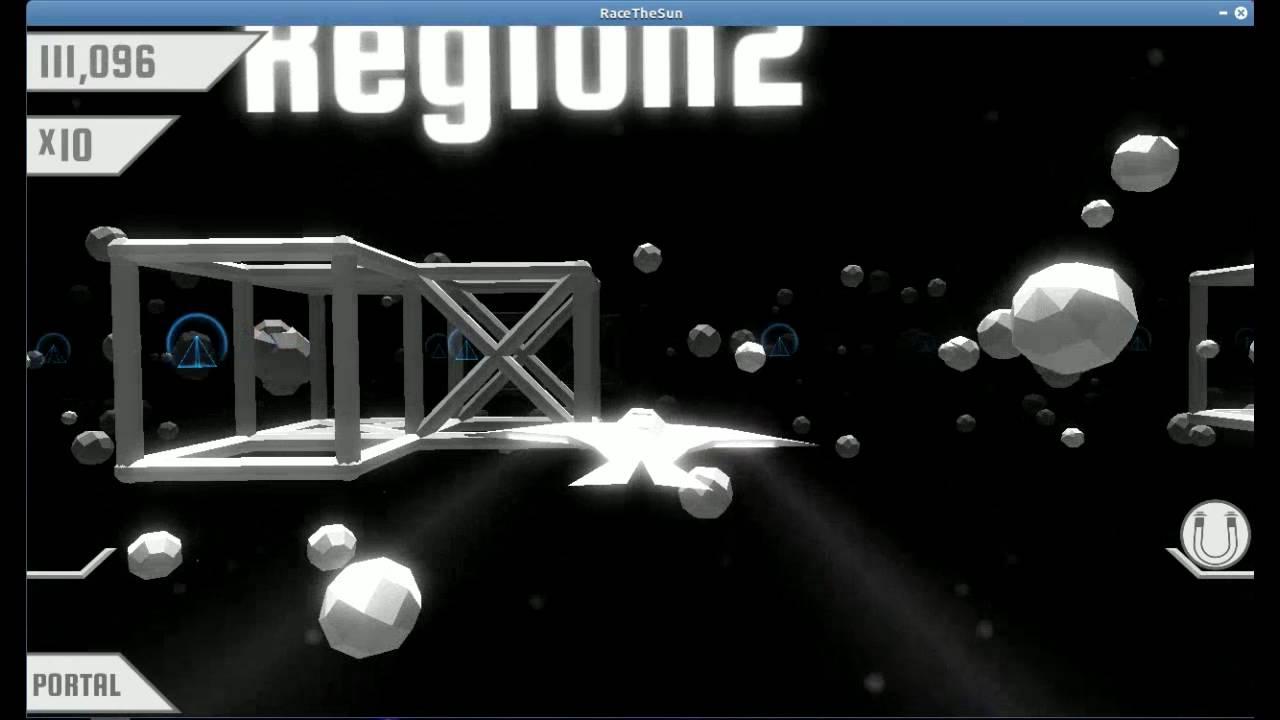 
Quote- Added in-game settings for controls, resolution, and graphics quality.
- Added a “Perfect Region” bonus for completing regions without collisions.
- Added “Featured Worlds” from our awesome community to the launch screen.
- Added lots of new gameplay to the main “Race The Sun” mode, to keep the game interesting for all players.
- Changed some objectives to make the first couple level-ups easier, and later ones to be less brutally difficult/tedious.
- Several optimizations to make gameplay smoother.
- Removed buggy 64-bit builds for Windows/Mac. 32-bit seems more stable.
- So many minor bug fixes, that we lost count :)

I am pretty fond of this game for a fun yet simple graphical style and infuriating game-play! Be sure to check it out if you haven't already. Article taken from GamingOnLinux.com.
Tags: Humble Store, Indie Game, Racing
0 Likes
Share

View PC info
The game is pretty nice. It has this strange feature where you can use an app called Brass Monkey on your phone so you can you it as a controller, which works surprisingly well.
0 Likes

View PC info
It's available on sale on GOG, and you can get the Linux version DRM free using the code provided there. See http://www.gamingonlinux.com/forum/topic/458?page=1 for details.
0 Likes
Lord Avallon 8 Nov, 2013
Very good game in my opinion and liamdawe, you went very well!
0 Likes
While you're here, please consider supporting GamingOnLinux on: