CID the Dummy Action Platformer Released On Steam For Linux

In a world obsessed with safety the once lowly Crash Impact Dummy has risen to a position of great importance amongst us. Their day job - crashing, smashing, checking, re-checking and re-rechecking everything from lemonade to escalators to make the world a better place.

Now, the Crash Impact Dummy inventor, Dr. B.M.Werken, has lost his daughter and has choosen CID THE DUMMY to rescue…err…find her.
A chance to rescue the most beautiful girl in the world? Could be…a chance to crash and smash with real purpose? Definitely!
CID THE DUMMY is a platform game that grabs you straight away with its amusing blend of action and puzzle-filled game play. Based around the multiple opportunities for a Crash Impact Dummy to get into mischief, the game blends classic platform elements such as timed jumps, collecting pick-ups, defeating enemies, and challenging boss battles with more cerebral elements such as puzzles, clever weapon use and route finding. 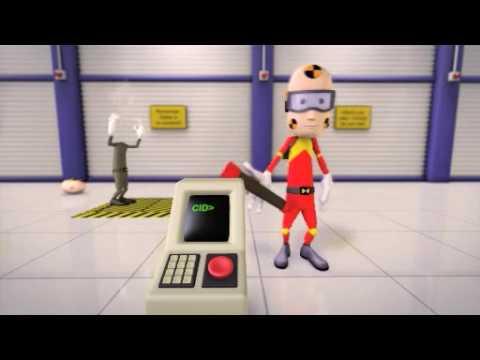 YouTube videos require cookies, you must accept their cookies to view. View cookie preferences.
Accept Cookies & Show   Direct Link
This sounds highly amusing and I remember it from a few years ago and I'm glad it has come over to our little platform, has anyone picked it up?

Official Site: http://www.twelvegames.com/games/cid-the-dummy/ Article taken from GamingOnLinux.com.
Tags: Action, Platformer, Steam
0 Likes
We do often include affiliate links to earn us some pennies. We are currently affiliated with GOG, Humble Store and Paradox Interactive. See more here.
About the author - Liam Dawe

I am the owner of GamingOnLinux. After discovering Linux back in the days of Mandrake in 2003, I constantly came back to check on the progress of Linux until Ubuntu appeared on the scene and it helped me to really love it. You can reach me easily by emailing GamingOnLinux directly.
See more from me
Some you may have missed, popular articles from the last month:
The comments on this article are closed.
3 comments
serge 21 Dec, 2013
some users on the steam forum reported this game to not be native and using wine instead.
0 Likes
Dysfunctional 22 Dec, 2013
Confirmed a wine port by the developer :(
0 Likes
Koltoroc 27 Dec, 2013

Quote from DysfunctionalConfirmed a wine port by the developer :(

As it is using a wine wrapper from CodeWeavers it hasn't been ported at all.
0 Likes