Interview With A Developer From Kerbal Space Program

By Liam Dawe - 8 February 2014 at 10:27 am UTC | Views: 8,961
As promised we took some time to speak to the guys behind Kerbal Space Program, a game where you take control of your own space program and launch little Kerbals into space.

If you haven't seen much of it yet our caster Samsai did a video to go with the interview! 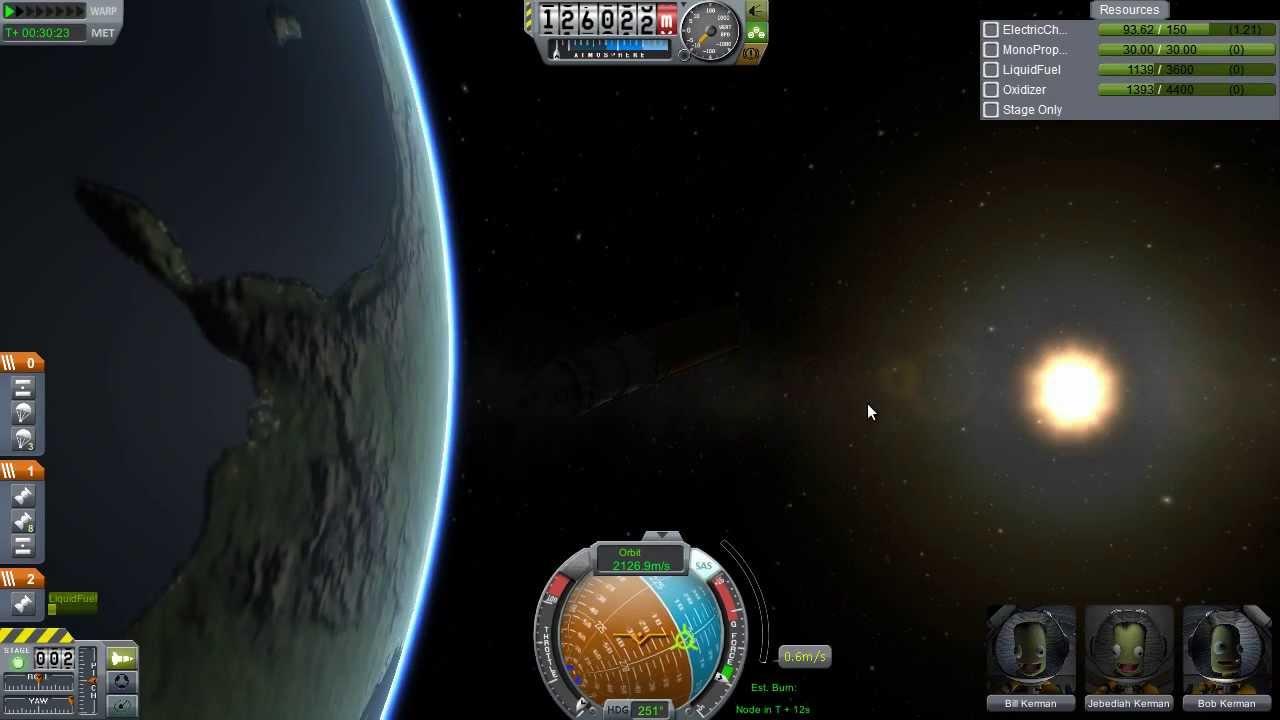 Do you know approximately what % of your players are on Linux?


QuoteWe don’t share this information publically but I can say it’s a very small percentage. We support Linux because we know there are a lot of gamers using it and feel like the more games made available, the more Linux users will game on it.

Do you think there are any areas Linux needs to improve upon to make it more attractive for game developers?


QuoteWell, game developers are usually focused on the markets that offer the best chance at success. We believe there is a strong overlap between Linux users and gamers, so Linux just wants to continue to grow its userbase of gamers and developers.

What kind of roadblocks or issues did you encounter (if any) when developing for platforms (Operating Systems) other than Windows?


QuoteThis is a little technical. The very first problems we had back when we wanted to support Mac OS X was that Windows games usually use Direct3D to render graphics but most other OS's use OpenGL. This was a problem at first, because we mostly used Windows to develop the game, and we didn’t realize that some of the shaders and materials we created, that looked great on Windows, looked from awful to truly game-breaking on Mac. A few other problems have emerged since we started supporting Linux, the main one is that the Unity Linux player is only officially supported for Debian-based Linux distros, such as Ubuntu, but we get a lot of Red Hat and Suse users that want to play KSP. Luckily our forum has a Linux compatibility thread in which players can find information to help them tackle most any common problem on the Linux player.

How is Unity3D's Linux support for you? Is it as easy as publishing to Linux or are there Linux specific issues you still need to deal with?


QuoteI'd say Unity's Linux support is very good. Publishing for Linux in a not so complex game is just a matter of selecting Linux as build target and build. For KSP, on the other hand, it wasn't quite as easy. Our biggest issue was around mods’ support, we did have to do a bit of coding for KSP to work perfectly on Linux. It wasn’t too hard but took some time and effort.

How responsive have Unity been at fixing issues in their engine that you find happen on Linux?


QuoteThey have been quite open to our input, for example, there were a few issues with the mouse input being incorrectly mapped for Linux. After some troubleshooting, we were able to find the problem, tracing it to a Unity bug. We let the people at Unity know and the bug was fixed a few patches later.

Did you have any problems with Steam as a distribution method especially since you released into its Early Access section?


QuoteSteam has been an amazing partner for Kerbal Space Program. We were one of the first games launched through the Early Access program and as we’d already been offering the game on our website, it was like they made this just for us.

Any thoughts on adding a sort of alternative input method? Like, maybe creating an Android companion app that would give you certain controls of the ship?


QuoteWe have definitely talked about ways to align KSP with mobile and tablet devices but we’re so focused on finishing development for the actual game, we haven’t spent a lot of time really ascertaining what will work and what our players really want. As for alternative input methods, KSP already supports joysticks, but for some reason not all joysticks work perfectly, so we would first like to get joystick support working right. And as a personal note, I have no idea how I would play KSP with a gamepad, we would have to come up with a very clever solution to support all the complexity of KSP with so few buttons in order to support gamepad input.

It must be super hard to aim spaceships with squinted eyes in zero gravity environment. Any chance for some better medical care for Kerbals?


QuoteI assure you, the Kerbals are well taken care of before launch and after landing. We can’t promise anything in-between.

What are your currently plans for the career mode & multiplayer?


QuoteIn terms of Career Mode, we recently shared that Contracts is a planned feature for update 0.24. Players will get to choose which jobs to accept and those decisions will really help shape your space program. Multiplayer is still in very early stages as we’re focused on getting the back-end ready. Our team is working hard on it but it’s going to take some time to get it playable.

I would like to thank Marco Salcedo for taking time to answer the questions from us and the community, they are super busy and he was kind enough to do this for us!

You can grab the game from their website directly or via the Steam widget below:
Article taken from GamingOnLinux.com.
Tags: Interview, Simulation, Unity
0 Likes
Share

I am the owner of GamingOnLinux. After discovering Linux back in the days of Mandrake in 2003, I constantly came back to check on the progress of Linux until Ubuntu appeared on the scene and it helped me to really love it. You can reach me easily by emailing GamingOnLinux directly.
See more from me
Some you may have missed, popular articles from the last month:
The comments on this article are closed.
2 comments
Damienov 8 Feb, 2014
Awesome intervew
Thanks for doing this. But it feels a bit short, maybe there will be part2?
0 Likes

its sad that i still haven't played the game enough yet.
just couple hours.. got to the orbit but failed to go to the Moon (Mun)
i guess it too lazy to search for all the mods and stuff...the game needs more parts without mods imo :)

i should find a time and give it a shot again.. its a super game :)
0 Likes
While you're here, please consider supporting GamingOnLinux on: