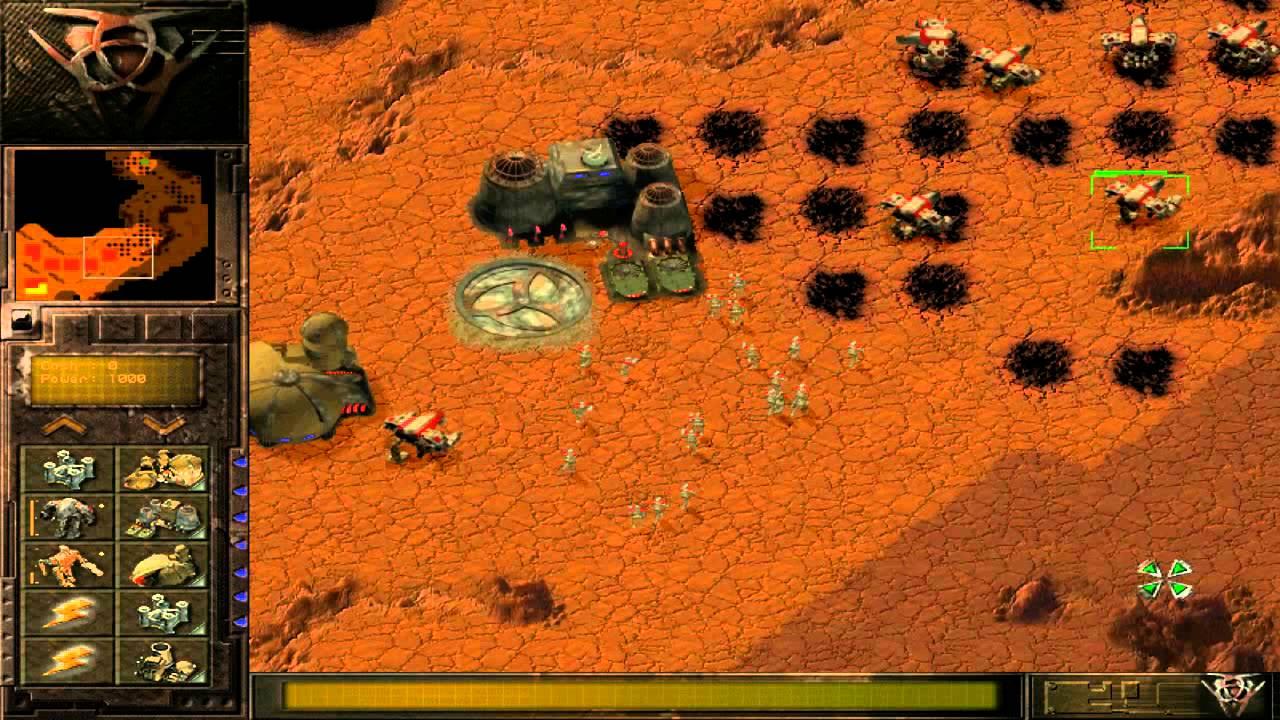 First thing to note is that the game runs perfectly, it is using SDL 2 now so it is no surprise and RuneSoft have done really well in keeping it up-to-date for us. Sadly though, the resolution is so is locked to a max of 1024x768.

There isn't much story in the game due to no cut-scenes, no introduction and pretty much nothing really story wise, the game plays out as you might expect an old RTS game to play-like, most of the time it is search and destroy.

The scrolling speed when you first-load is maxed out and wow on today's computers that is fast, you will probably need to turn it down to the bottom, even then it's not exactly smooth. The mouse tends to stick to the border when I try to scroll.

Playing the actual game is a little weird, as nowadays you generally select with the left click and issue orders with right click, so it took time to adjust to left click almost everything. It doesn't hold your hand on anything either, everything you need to do you have to pretty much figure out for yourself.
An example of this is mines you need to build to generate money, by the 3rd mission you need to build two mines and what it doesn't tell you is that they need to be placed in an area that has a green box on the minimap, with nothing to show for it on the actual game-screen, a little annoying, but again a sign of its age.

The graphics and resolution are of course quite low due to the games age, but it's still reasonable enough to sort-of enjoy playing it.

So, it's a solid port as far as I can see and a welcome addition for a bit of nostalgia for Linux fans wanting some old RTS action. Although sadly a bit of nostalgia is all it is, i found it too clunky with it's out-of-date control system to really enjoy it.

I am the owner of GamingOnLinux. After discovering Linux back in the days of Mandrake in 2003, I constantly came back to check on the progress of Linux until Ubuntu appeared on the scene and it helped me to really love it. You can reach me easily by emailing GamingOnLinux directly.
See more from me
Some you may have missed, popular articles from the last month:
The comments on this article are closed.
1 comment
Kamilko47 31 Mar, 2014
Ehh... I like to get steam version :(
0 Likes
While you're here, please consider supporting GamingOnLinux on: