Today marks a big day for Linux and DRM free gaming. GOG.com are now officially supporting Linux on their store, and so that's pretty much all major online stores supporting Linux. The only other store I can think of that doesn't support us is Origin, and who really wants that anyway? Oh, and there's Uplay... 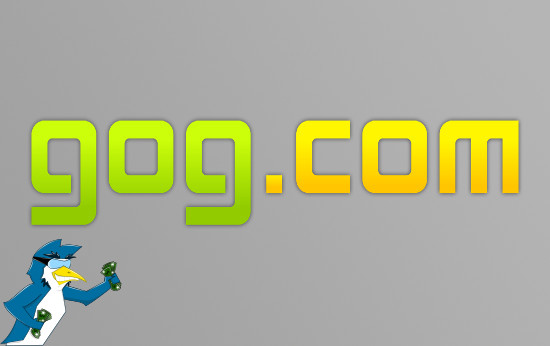 GOG for Linux launches today with over 50 Linux titles in their store. Among the games are a number of titles that have never been officially available to Linux gamers before, including Pirates!, Sid Meier's Colonization, FlatOut, 3D Realms hits like Blake Stone and Rise of the Triad, and more.

I had a chance to get a few questions answered by GOG themselves again, and the bit I emphasised in the first paragraph made me smile!

What changed within GOG to go from no support to actually having games for Linux in the space of just over a year? The original point was that there were too many distributions and GOG didn't want to support just one or two, so what changed?

We were thinking about it a lot and the feedback from the Linux community was vital. We basically revisited the whole idea and decided to make it one of our main goals in 2014, with a "whatever it takes" kind of approach. Our main Linux guy even happens to have been one of the GamingOnLinux faithfuls! After many internal discussions we decided that it will simply be better to support the two most popular distributions, Ubuntu and Mint, rather than not do it at all. Currently, GOG.com is the only digital distribution platform that will provide extensive support for specific Linux distros, instead of not taking any responsibility for the quality and compatibility of the content we have on offer. For all the Linux gamers using other distros, the least we could do was to give them .deb and .tar.gz files to work with.

Still, it all takes some time. GOG.com users are already used to a certain attention to detail and quality of service on our part. We wanted to deliver the best possible experience to Linux users by making sure we test the games properly, and by launching Linux on GOG.com with a solid lineup of games with many more titles in the pipeline. Keep in mind that releasing a classic game that up to that point was never available for Linux means additional contracts with rights holders and a certain amount of work from our test lab.

We'd rather stick to the here and now instead of talking about the future plans. We have not announced details for the launch of the Galaxy client for any single platform yet. With the project still going at full speed there is plenty of work ahead. We have made our first major step into Linux territory and we promise it's not the last one. We'll tell you more when we have details; for now, enjoy the fresh Linux compatible games.

Have GOG thought about open sourcing the Galaxy client? There have been calls for this already.

We don't want to delve into theory crafting, so the only way we can answer this right now is that we do find the idea of having our client app open source at some point in the future interesting and we're well aware of your feedback.

If you are using Wine for some games, what are your thoughts on the possible backlash of what some may feel isn't a Linux version, but merely a Wine wrapped Windows game?

This is the train of thought we followed: by using Wine, we can offer you support for some games that would otherwise never be officially available on Linux. Most of those are pretty old titles and their source code was lost ages ago, so this is basically the only way to bring them to you. It's exactly the same situation with DOS games.

We are quite aware that a certain part of the Linux crowd is less than thrilled to see games brought to Linux through a back door, so to speak. That's why all Linux versions that are using Wine wrappers have that information explicitly included in the "game requirements" field on their gamecard.

Typically on a service like Steam, if you want a refund you really have to fight for it, and given that Linux is new territory for GOG, how will you go about refunds for games that users cannot get to work?

It's simple, really. We’ve got our Money Back Guarantee for Windows and OS X users and there is no reason why it should be any different for Linux. We have officially announced that we will provide support for the two most commonly used distros: Mint and Ubuntu. If someone that fulfils that requirement is experiencing technical issues with a game and if our support can't make it work, we'll give them their money back.

I would like to thank the GOG team for answering those few question as I know they are very busy.

It will be interesting to see the reaction to games on GOG that use Wine which we knew was going to be the case anyway due to the job description including dealing with Wine. Personally, I have no issue with properly supported (support itself & refundwise) Wine wrapped, old games. If they work then that's all that matters, and it counts as a Linux sale for GOG to look at sales numbers from Linux.

I hope that a lot of developers can push games to GOG easier now that GOG is crossplatform for Linux, Mac OS, and Windows. It sure would make things easier for them. The great thing about GOG is it seems to have some level of curation as opposed to places like Desura and Steam that now seem to let tons of crapware (and that's putting it lightly) onto their stores.

The main reason we are so excited to have GOG in bed with Linux is their stance on things like refunds and DRM. They dislike DRM and they are pretty good with refunds, and those are two things Steam isn't exactly good with.

This is an important milestone for Linux gaming, so... bring it on, GOG! Now where's my cake and hat?

There is a big sale on now too, so be sure to grab some cheap games.

Final funny note: I personally asked about Linux support 4 years ago. My, how things change!

About the author - Liam Dawe
I am the owner of GamingOnLinux. After discovering Linux back in the days of Mandrake in 2003, I constantly came back to check on the progress of Linux until Ubuntu appeared on the scene and it helped me to really love it. You can reach me easily by emailing GamingOnLinux directly.
See more from me
Some you may have missed, popular articles from the last month:
The comments on this article are closed.
60 comments
Page: 1/6»
wolfyrion 24 Jul, 2014

View PC info
I want to start supporting gog as well by buying games from their store but I want every game I purchase to be on my steam account as well , so this is the only thing that is stopping me from buying from them.
0 Likes

View PC info
Just remember, everyone: Report bugs and give feedback politely. No need to carry on like a bunch of savages. That is all, thank you.
4 Likes, Who?

Quoting: wolfyrionI want to start supporting gog as well by buying games from their store but I want every game I purchase to be on my steam account as well , so this is the only thing that is stopping me from buying from them.

It's really interesting to see the aversion that Linux gamers have to adding non-Steam games to their Steam libraries. Windows gamers do this all time and see it as a way to get the convenience of a centralised launcher without being limited to stuff from the Steam store.

Edit: Personally, I've never really made use of that feature, but it's interesting to see the differences in perspective between users on different platforms.


Quoting: rustybroomhandleJust remember, everyone: Report bugs and give feedback politely. No need to carry on like a bunch of savages. That is all, thank you.

Some sage advice :)
1 Likes, Who?
sakurazuka 24 Jul, 2014
View PC info
Nice thing is that one of Linux GOG is actually a free game so anyone can try it out.
0 Likes

View PC info
For me no need for Steam anymore! GOG FTW!
3 Likes, Who?

Quoting: sakurazukaNice thing is that one of Linux GOG is actually a free game so anyone can try it out.

There are two, actually! Dragonsphere and Stargunner are both free. Once some ScummVM titles hit, I'm sure we'll see Beneath A Steel Sky, Lure of the Temptress and Teen Agent (also free) being available to Linux users as well.
1 Likes, Who?

View PC info
Bought Flatout 2 right away (Wine wrapper), and I don't know if their Wine version uses CSMT but the game runs flawlessly. I'm not even using Ubuntu, I'm on Arch.
0 Likes

But this game run without problem on vanilla wine

In other cases CSMT is more usefull but depend game (in ones better, in other worst)

^_^
0 Likes
1/6»
While you're here, please consider supporting GamingOnLinux on: