Cubot is a minimalist puzzle game that has been available since early last year on Itch.io and Desura. Last week it was greenlit and the game is already available on Steam. 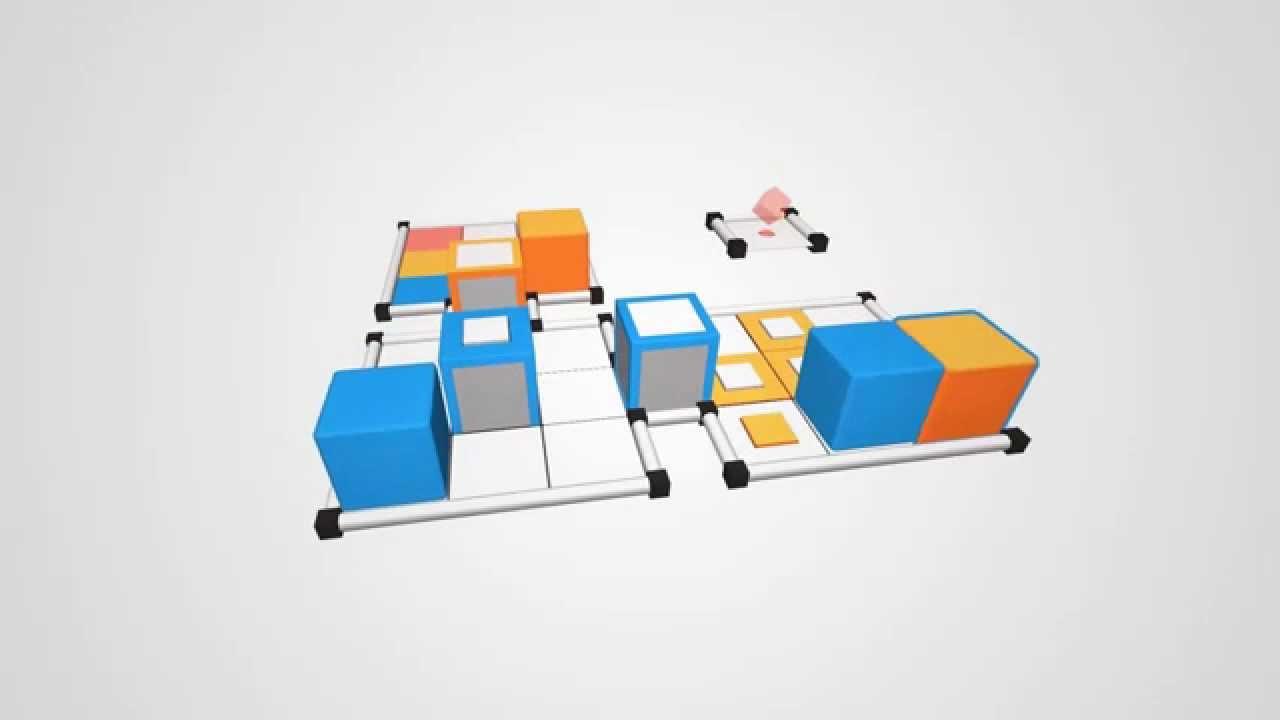 YouTube videos require cookies, you must accept their cookies to view. View cookie preferences.
Accept Cookies & Show   Direct Link
A demo is available on Itch.io and it contains 24 puzzles spread across three episodes. The goal of the game is to move several differently colored cubes into a tile with their respective colors. Sounds easy, but the challenge lies in that all cubes move at once and cubes of different colors behave differently. The puzzles in the demo contain blue and red cubes, where blue cubes move a single tile for every press of a directional button, while red cubes move two if unobstructed. There are also various mechanics at play on the grid itself, like fixed cubes that can be operated by rolling onto a button, and act as either an obstacle or a lift, if moved onto while in the lower position.

I played through the demo and found the puzzles to be quite good even in the starter levels. There's a lot of variation to keep you engaged and for every puzzle you solve you get a number indicating the number of moves for the optimal solution. If you're like me, you'll want to find that perfect solution before moving on. What I found a bit awkward was the the initial orientation of the grid, and it gets a bit tedious to always have to flip it around a bit to see what you're doing. It makes me wonder if this game wouldn't have worked better with a fixed top-down z-axis, where you'd only have to rotate the grid horizontally to get a good overview. The art and UI also look a bit rough around the edges, but if the gameplay is solid I don't mind that. And from what I saw of the demo, the game does look like a good and satisfying challenge for puzzle enthusiasts.

The game is dirt cheap and is, as mentioned, available from Itch.io and Desura, and now also from Steam

At first sight, Cubot is a puzzle-game with a minimalist gameplay, just move color cubes towards tiles of the same color. It's really easy, but it will be a torture for your mind to complete all levels of the game because the apparent simplicity of the game is in contradiction with the complexity of the level-design. Moreover, an important point in the gameplay is if you have multiple cubes, they move simultaneously !

If you enjoy cube puzzlers, you might also want to check out Fake Colours, which released on Steam last week, and Two Tribes' classic RUSH. Article taken from GamingOnLinux.com.
Tags: Demo, Desura, Itch.io, Puzzle, Steam
0 Likes
We do often include affiliate links to earn us some pennies. We are currently affiliated with GOG and Humble Store. See more here.
About the author - flesk

QuoteIf you enjoy cube puzzlers, you might also want to check out Fake Colours, which released on Steam last week, and Two Tribes' classic RUSH.

All of Two Tribes' games are part of the week long deals on Steam and are a steal at 90% off.
1 Likes, Who?

View PC info
Have to admit, my interest is piqued. Apparently has controller support as well. And a demo to try it out is always nice.
0 Likes

Quoting: mirvHave to admit, my interest is piqued. Apparently has controller support as well. And a demo to try it out is always nice.

Yes, the demo has options for both Xbox 360 and Playstation 3 controllers.
0 Likes

View PC info
Caved & bought it. Apparently Unity3D based (guess I should have figured that!), and while it would be nice to be able to remap controls, as a game it looks ok so far. Nice & simple, good for a bit of fun, and it's really not expensive.
Nice to see the audio coming from creative commons areas too, and appropriately attributed.
I'll be adding this to my collection of couch games.
0 Likes
While you're here, please consider supporting GamingOnLinux on: