By Liam Dawe - 27 May 2015 at 8:36 pm UTC | Views: 66,606
In an unsurprising move, Steam has replaced the Linux icon of "tux" with their own SteamOS icon. I completely understand why they did this, but it does make things confusing. 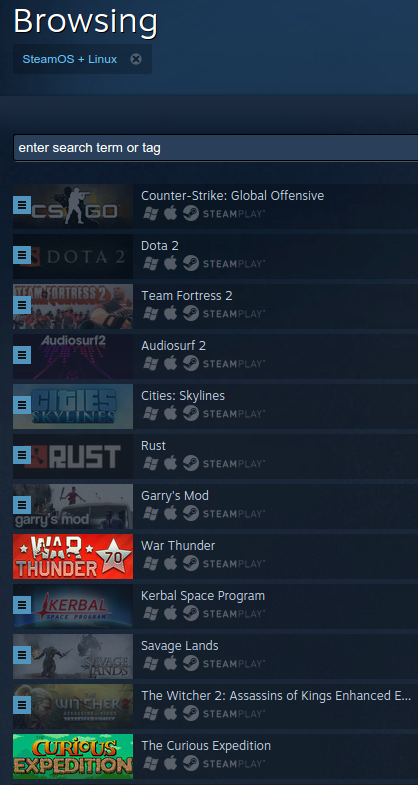 It's easily possible this change will be reverted though, as certain parts of the site keep breaking, like the title now being "#title_welcome_to_steam". Article taken from GamingOnLinux.com.
Tags: Editorial, Steam
0 Likes
Share

About the author - Liam Dawe
I am the owner of GamingOnLinux. After discovering Linux back in the days of Mandrake in 2003, I constantly came back to check on the progress of Linux until Ubuntu appeared on the scene and it helped me to really love it. You can reach me easily by emailing GamingOnLinux directly.
See more from me
Some you may have missed, popular articles from the last month:
The comments on this article are closed.
74 comments
Page: 1/8»