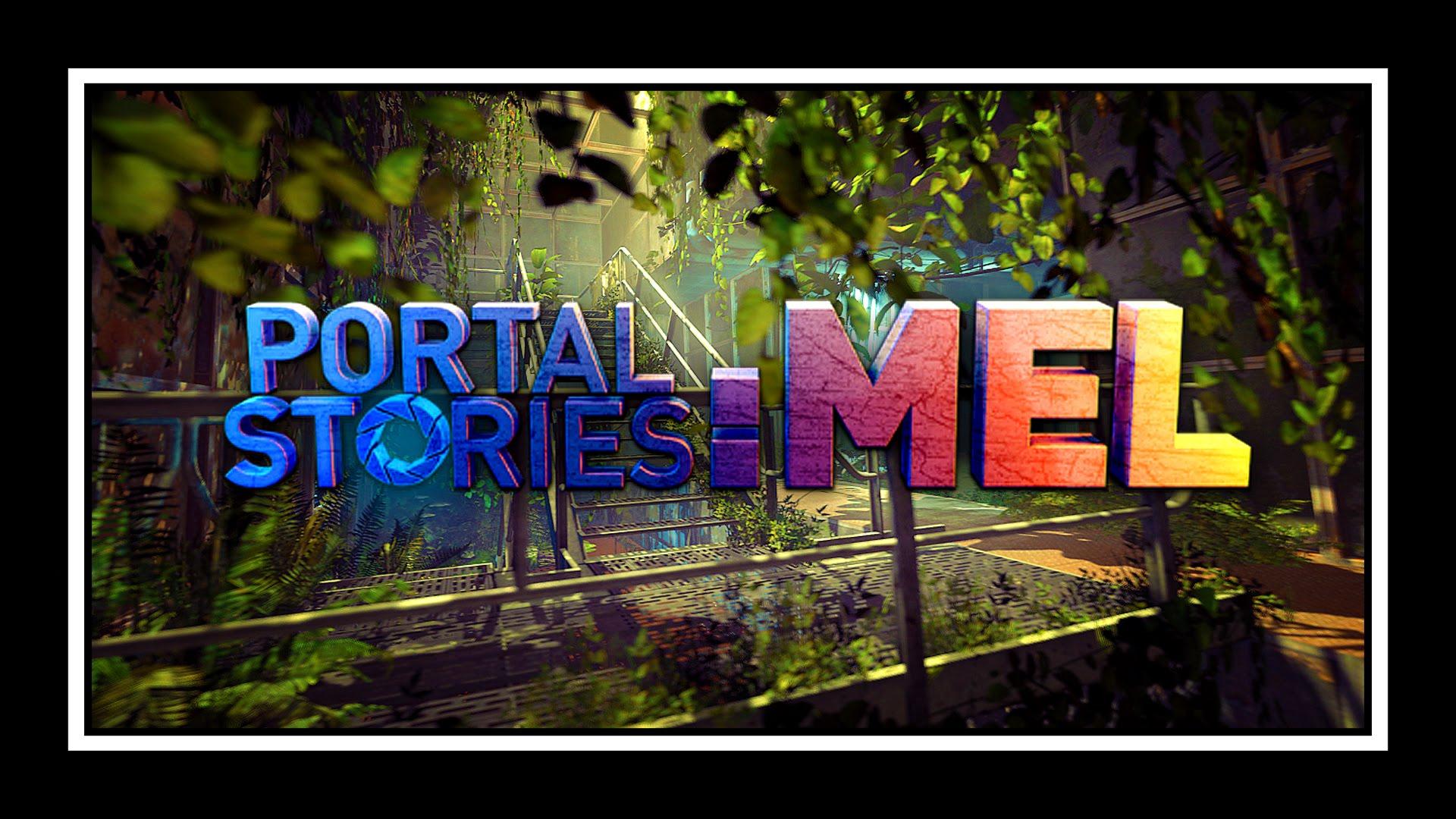 View PC info
Great mod. I'm about halfway-ish through it, I think, and I'm really enjoying it. I am very happy that it is indeed more difficult than Portal 2, as my biggest complaint about Portal 2 was that it was too easy. Can't beat the price either.
0 Likes

Quoting: KeyrockGreat mod. I'm about halfway-ish through it, I think, and I'm really enjoying it. I am very happy that it is indeed more difficult than Portal 2, as my biggest complaint about Portal 2 was that it was too easy. Can't beat the price either.

lol I actually had to be checking out a gameplay video to finish it, I know I would have to do the same with this mod too.
0 Likes

View PC info
Not just hard - nails. In fact, the only problem with the game is the slow pace, forced by frankly shockingly difficult puzzles every step of the way. I had to sleep on a puzzle last night, got it tonight, and now I'm stuck again.

I agree that it's great they've managed such difficulty, but EVERY... SINGLE... CORRIDOR... is a challenge and it's beginning to hurt the experience. I'm spending an hour or longer on a single room, which is ultimately becoming a bit frustrating.

Really impressive. And free! Huge congratulations to the team.
1 Likes, Who?

View PC info
My biggest issue with Portal 2 was that puzzles generally only had 1 solution. In Portal 1 some Puzzles allowed placement of portals in areas that had no relevance and you could create odd solutions sometimes which made the game feel expansive instead of locked down.

Also, GladOS spoke much more eloquently in "Portal 1", eg: "You will be missed" meant she was going to kill you.

In Portal 2 - she has no tact, no intuition and no evil she simply calls you "fat" straight out - there is no whitt. Sure the dumb masses will get the joke - but it comes off much more prude and football cheerleader dumb. GladOS was a evil mastermind - In Portal 2 she becomes a ally and a Potatoe - Picard would triple facepalm as did I when I played through Portal 2.

But it all makes sense why the story is so terribly "forced" - they never intended to make a sequel at all - a lot of the assets during production were meant to make the game a Portal Prequel - and management couldn't justify "wasting money on all that Aperture Laboratories level design and models. So they pointlessly shoehorned it into the Sequel to save a buck and adapted the story to accommodate, eg: Maximize Profits. Portal 1 on the other hand was started in some guys dorm as a passion project. Very differen't spawning pool environments for a Portal game.

Additionally I didn't like the new puzzle mechanics - speed goo and jump goo - I mean seriously? The Formula to make games "Fun" is to keep the game mechanics simple - we don't need light bridges and speedy jumpy goo - it's like when you take a classic like Super Mario Bros 1 and ask - why was this so fun? You literally run to the right and jump, and you can duck slide - the game has no other major mechanics.

Portal was well - Portals. Now Portal decided to get whacky since they "made it big" from Portal 1. It's like bears or candy bars where they pointlessly add all this extra shit in an attempt to make it "better" and "20% more peanuts" or whatever. The Candy bar should literally be Choc-late, and peanut-butter and maybe caramel max - then you read the nutrition facts and get a stroke from them deviating from a very simple recipe.

Portal 2 should be called "P.J.S.L.B" for Portals, Jumping, Sliding, Lasers & Bridges - Hey guys you play the latest PJSLB? Yeah it was great!

View PC info
Someone doesn't like Portal 2. So that's a thing? Okay.

Unlike you, though, I like variety in my gameplay. Simple things are fine, but the interplay of diverse, surprising, interlocking puzzles - that's a beautiful thing. Oh - and stay away from the Talos Principle. That's also not for you.
2 Likes, Who?
BillNyeTheBlackGuy 30 Jun, 2015
I kept getting stuck in the game, so I just uninstalled it and went back to playing The Talos Principle. IMO, pacing plays a huge part in puzzle games. If you're just going to throw a whole bunch of hard puzzles in the beginning and not ease me into it then I'm going to lose interest.
0 Likes

Quoting: scaineSomeone doesn't like Portal 2. So that's a thing? Okay.

Unlike you, though, I like variety in my gameplay. Simple things are fine, but the interplay of diverse, surprising, interlocking puzzles - that's a beautiful thing. Oh - and stay away from the Talos Principle. That's also not for you.

You're likely correct, notice however that I didn't critique any Portal 2 Mods - the primary disappointing element of the game was the poorly written story and tryhard attempts at "humor" which are as bad as recent Adam Sandler films suchas "Jack and Jill".

It's simply that some people go crazy when their pet project gets big and they start letting the audience effect the interior universe of a story - eg: the Villian is so cool that the writers want to capitalize on their "coolness" and make them into a Hero. They completely forget that we loved them because they were evil. Darth Vader (becomes whiny child Anakin Skywalker), Queen of Blades (becomes Sarah Kerrigan - commits genocide against the human race, alien dictator { The Hitler of Space} becomes Space Jesus who now is prophecied to save the universe), GladOS [a Pshyco Sadistic Computer with severe morality issues who kills humans in the thousands by performing experimentation] (Becomes the poor victim of a Data Transfer and a Helpless Potatoe who makes jokes in poor taste about turkey dinner and my fat ass.) WTF? Seriously WTF? Nowhere in System Shock 3 should Shodan ever reform and run a Child Daycare.

Unlike you I like good stories and meaningful character development m8 ;) Just Kidding Bro, but my point is that when you go to Mc Donalds and order a hamburger it should not try to compete with Taco Bell and include Beans, Taco Sauce or Pizza - everyone knows a Hamburger should not contain watermelon or Yogurt - in the same that Way Portal 1 !== Portal2 - they messed with the formula and now to me the Story and character development of GladOS ruined the character and forever ruined the Portal Series in my eyes. If a game is about gameplay only it should not include a story, or the story should not suck. Maybe I can pretend that Portal 2 doesn't exist and close my eyes or drink some bleach to forget about Portal 2 and then GladOS can still be evil. At least Shodan isn't ruined yet.
1 Likes, Who?

View PC info
I agree that the writing in Portal 2 is awful. I did mostly enjoy it as a puzzle game though, but it felt a lot more guided than the first game, and it got tedious long before I finished it. In my opinion, The Talos Principle is a much better game, and up there with Portal. The writing is superb and though the puzzles are as linear as those of Portal 2, the gameplay is spiced up by the often insanely clever overworld puzzles.

There's absolutely nothing wrong with a straight-up third-person puzzler though, and I think there's a good chance I might enjoy this mod.
1 Likes, Who?

Yeah well, you know, that's just like your opinion man! - With that profile pic, how can I not say that! ;-)
I don't mind difficult puzzles as long as you can postpone them; this is what The Talos Principle does very well. I hate getting totally stuck in a game and not being able to advance until I solve the current puzzle.
I have downloaded Portal Stories but haven't had time to try it yet, and with the DLC for Talos Principle hopefully coming out very soon, I doubt I'll play Portal Stories any time soon.
1 Likes, Who?
1/2»
While you're here, please consider supporting GamingOnLinux on: