By metro2033fanboy - 6 September 2015 at 11:31 am UTC | Views: 5,944
The Teku Studios team have released a lengthy gameplay video of the Kickstarter funded game CANDLE, a dynamic graphic adventure with handmade visuals. 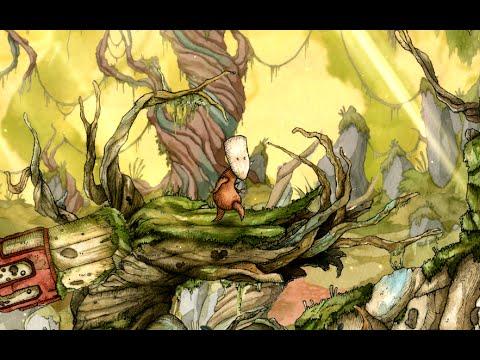 YouTube videos require cookies, you must accept their cookies to view. View cookie preferences.
Accept Cookies & Show   Direct Link
As you may have noticed that the narrator is voiced by Terry Wilton, the awesome voice that also stars as the narrator in the Trine series.

As for a release date, the team behind CANDLE state:

QuoteWe haven't had enough time to test it properly and there are some issue we want to address before launch. Yes, we could release the full package as it is, but we might be facing uncomfortable bugs that we don't know about yet and could possibly ruin the gameplay experience. We feel that, after all those years of hard work (and wait on your side), it would be a very, very bad decision to rush the game's launch without some quality control.


QuoteDon't worry, we are not pushing Candle very far away in time, we just need some extra time to fully test the game with our team, smash any major (and minor) bugs we might encounter and add some extra details and care to the already powerful art.

Tip: For all of those who pledged for the Beta reward during the campaign, check your inbox in the next few hours, since you will be getting a first slice of the game to play and test.

gomera 6 Sep, 2015
View PC info
Looks nice, but they should be more careful with the mouse next time ;)
1 Likes, Who?

View PC info
I only watched about 2 minutes of the video because I don't want to see puzzle solutions, but visually the game looks phenomenal. Also, it has Monkey Island-esque music. :D
1 Likes, Who?

View PC info
I'm just a regular backer of this one, so no beta for me, but I'm really looking forward to it. Looks gorgeous!
1 Likes, Who?

Quoteit would be a very, very bad decision to rush the game's launch without some quality control.


Thank you THANK YOU for this attitude!

I don't mind waiting for nice games, but hate bugs
(and as it releases on GOG I'm sure it will find the way to my library sooner or later :D)
1 Likes, Who?
While you're here, please consider supporting GamingOnLinux on: