By flesk - 7 September 2015 at 11:58 pm UTC | Views: 8,589
The developer of Battle Worlds: Kronos and the highly rated The Book of Unwritten Tales games, KING Art Games, launched a Kickstarter campaign last week, and have now promised a Linux version of the upcoming game.

KING Art's first campaign update from last week mentioned limited resources and technological challenges as the reasons for their reluctance to promise Linux and Mac versions of the game. After doing some internal testing, there turned out to be fewer issues than expected, and they announced today that Linux and Mac versions will be made if the campaign reaches its base funding goal:

QuoteWe ported the current version of the game to Mac and Linux computers for test purposes and basically there seem to be less problems than we had anticipated. We roughly calculated the effort needed and decided to grab the bull by the horns.

So, yes: There will be Mac & Linux versions of "The Dwarves", if the Kickstarter is successful!

Have a look at the Kickstarter pitch video: 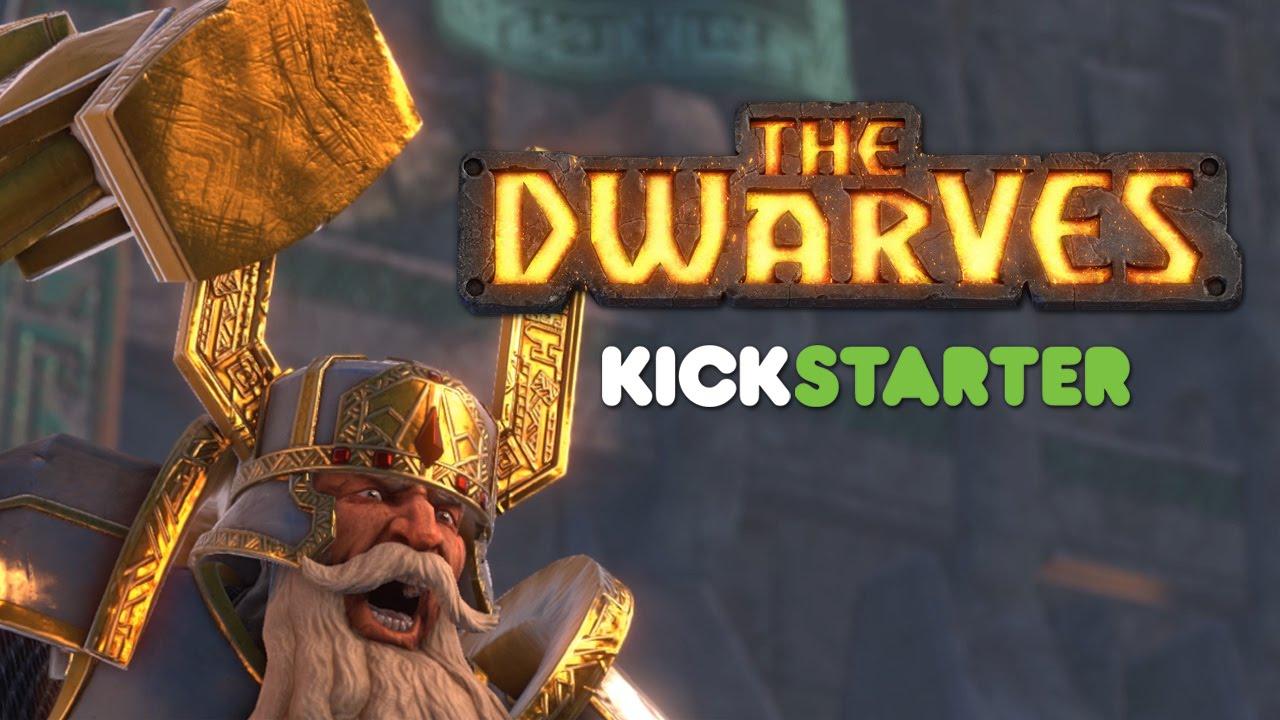 YouTube videos require cookies, you must accept their cookies to view. View cookie preferences.
Accept Cookies & Show   Direct Link
The Dwarves will be a fantasy RPG with physics-based combat and an epic story, based on author Markus Heitz' best selling novel by the same name. You will have 15 dwarf companions with unique traits that accompany you on an epic quest through a huge game world, filled with enemies and with optional side quests.

KING Art has also confirmed that we will get a day-one release for Linux:

@gamingonlinux Release would be at the same time as Windows.

The campaign is off to a great start with more than half of the $260k goal reached after the first week. You can help get funding across the finish line if you back the campaign here. Article taken from GamingOnLinux.com.
Tags: Action, Crowdfunding, RPG
0 Likes
Share

View PC info
KING Art are a quality developer. The Book of Unwritten Tales games were quite good. I don't know if I'll pledge (I've grown weary of crowdfunding in general), but it's a game I'd certainly consider buying when it releases.
3 Likes, Who?
Ser Eduardo Mogambro 8 Sep, 2015
Great, then I can back it now. The game appeared in my kickstarter-"queue" but as they mentioned no Linux-Version I decided not to back it.

Crazy Penguin 8 Sep, 2015
View PC info
Perfect! Would have been very disappointed with King Art Games if there wouldn't have been a port for Linux, after they have done such great ports for Linux already.

However this way I can dump & burn my dwarvish complaint letter. No need to send it now :D
1 Likes, Who?

Quoting: KeyrockKING Art are a quality developer. The Book of Unwritten Tales games were quite good. I don't know if I'll pledge (I've grown weary of crowdfunding in general), but it's a game I'd certainly consider buying when it releases.

Yes you are full right.
0 Likes

Plintslîcho 8 Sep, 2015
View PC info
KING Art has already proven in the past that they deliver great games, even those that they've realized through Kickstarter. I'm mightily impressed by The Book of Unwritten Tales 2 (love the first one too) and how flawless the retail version works on Linux. And best of all: DRM free.

The Dwarves already looks pretty good judging by the video, so this time I've backed their new project up. A team that creates such beautiful games for Linux and even DRM free deserves support and I'm confident that their new project will be a success again.
1 Likes, Who?

View PC info
Good news. Among all these "Developing for Linux isn't worth it" debates, I was wondering if they had given up on Linux, too. Going to back this one, then. :)
1 Likes, Who?

(although it's a bit unnerving how those dwarves look exactly like the ones in LoTR)
1 Likes, Who?
While you're here, please consider supporting GamingOnLinux on: