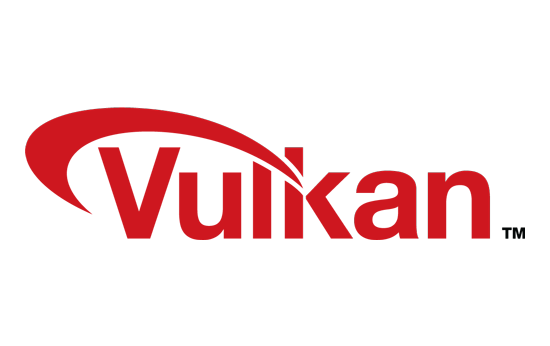 Sounds like Vulkan is genuinely close now, so I expect to see it in January. Article taken from GamingOnLinux.com.
Tags: Toolkit, Vulkan
0 Likes
Share

We do often include affiliate links to earn us some pennies. We are currently affiliated with GOG and Humble Store. See more here.
About the author - Liam Dawe
I am the owner of GamingOnLinux. After discovering Linux back in the days of Mandrake in 2003, I constantly came back to check on the progress of Linux until Ubuntu appeared on the scene and it helped me to really love it. You can reach me easily by emailing GamingOnLinux directly.
See more from me
Some you may have missed, popular articles from the last month:
The comments on this article are closed.
29 comments
Page: «2/3»

Quoting: LiamSounds like Vulkan is genuinely close now, so I expect to see it in January.

Poor deluded Liam. My bets are late February at the earliest.

my bets are on middle march on gdc.
0 Likes

Quoting: LiamSounds like Vulkan is genuinely close now, so I expect to see it in January.

Poor deluded Liam. My bets are late February at the earliest.

my bets are on middle march on gdc.

Alright I will join the sad train, June :P
1 Likes, Who?

Quoting: gabsd84Also, I don't really understand the massive hostility towards AMD. It's like watching someone trying to do the right thing and getting kicked by a mob constantly. I understand their drivers where pretty bad in the past but they have open source drivers that are officially supported and improving constantly. Can anyone point me to Nvidia's official Open Source drivers? Is there out of the box support for the latest Nvidia cards in an open source driver? No. Is Nvidia open sourcing Gameworks? No. People should really think hard about what their money is supporting.

If open source does not matter to the Linux gaming community anymore, what's the point of Linux? Windows currently provides better gaming performance and has all the proprietary code you could ask for.

Of course open source matters, but I've used AMD and I know how terrible it was when I used it. Their open source driver is nice and improving, but it won't run all the latest ports (neither will their closed driver). So, they still aren't the best choice right now.

I would rather be on an open source system, and have 1-2 things closed source (Steam, Nvidia drivers) to play the games I want rather than an entirely closed system. I think it's going a bit fucking overreacting to suddenly say things like "what's the point of Linux" just because some of us choose to allow ourselves a couple closed bits of kit.

View PC info
Liam, all your Steamgames are closed source. ^^

You buy games on Steam? Stop it.
You want a open source only system, stop use steam, gog , etc and delete steam, gog games, etc.
You use a printer, thats don't have opensource driver? Burn your printer.

And for me: AMD GPU's are at this time NOT a option. Never ever.

If the AMD GPU driver better then the from Nvidia, i will buy an AMD Card, but not now.

Quoting: GuestIt was supposedly near complete many months ago, and its foundation was on a complete API (Mantle). I don't believe this new announcement.

I'm not in the least bit surprised. This is simply what happens when multiple large companies try to get something done together. Nothing happens quickly. And besides, I'd rather there's a nigh-perfect set of tools for validation and testing at launch to ensure a smooth start for the API. A month or two won't mean a thing in the end.


Quoting: GuestI do hope that when it's ready, whenever that may be, FOSS drivers won't be far behind. An open standard isn't too open if FOSS drivers don't get a seat at the table during development.

A proof-of-concept open source Intel driver has already been demoed months ago. And if AMD doesn't come up with an implementation in their FOSS drivers, you've really got to doubt their supposed priorities. NVIDIA? Heh.

STiAT 19 Dec, 2015
View PC info
Well, we're seeing a more and more shift to open source, even in drivers and game engines for the reason that they started to adopt different business models (share of the revenue of a game instead of a fixed license cost, and very low monthly payment as the $10 for UE4).

As long as we don't see a working business model for Games, we won't see them open source any time soon, because creating them is not cheap.

I understand that people want to make a living out of their work. In Linux, RedHat shows how that works. A lot of kernel developers come by hardware producing companies as well. Of course, we've a good share of volunteers, but there is a good amount of people making a living of this.

I personally see no business model you could run for opensource games which reliably works (yet), but maybe some smart person will come up with something. The kickstarter / early access thing is one way to go, but you still have the risk what you could do when you need more cash? Today, the game developers are bridging that with funds from investors to finish their product, and get the money in of the extra-sales after release.

For me, it's not so important if something is OpenSource or not. Yes, I develop OpenSource out of ideology. For me is important that those products use open standards for my data, so I can easily replace them once some better product comes along.

CryEngine's fee is $9.99/month though. But with no royalties and no source code access.

This is not particularly a surprise. Khronos actually has a decent record of getting things right since they took over OpenGL. I think they are aware that they need to have existing implementations available at release with no inconsistencies between them. Whether it is available now or some time q1 2016 does not really matter until game back-ends are recoded to use Vulkan.

I am more interested to see what Apple, Sony and Microsoft try to do. It is important long term that Android support Vulkan as it is the largest open platform, but the vendors more inclined to lock their platforms could cause problems by preventing Vulkan implementations or providing only bad implementations on their platforms.
0 Likes
«2/3»
While you're here, please consider supporting GamingOnLinux on: