Ori and the Blind Forest won't come to Linux for now, thanks to Microsoft 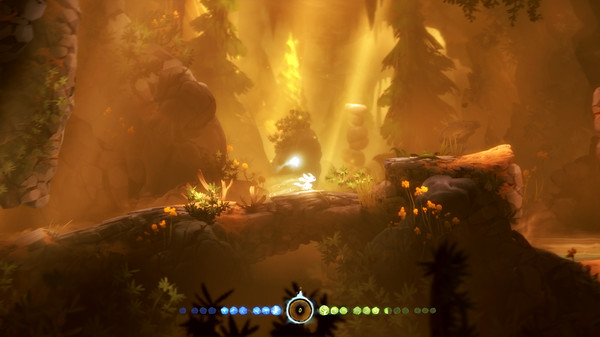 For those waiting and hoping for Ori and the Blind Forest to come to Linux, your wait may be longer than expected.

Here's a direct quote from the developer:


thomasmahlerGuys, making ports isn't something we as the developers can decide upon - We signed Ori and the Blind Forest with Microsoft, they paid for the party, so they call the shots. For the time being, Ori will only be available on Microsoft-owned platforms, such as Xbox, Win10, PC.

Other Microsoft published games have made their way to Linux, so it's not out of the question. It depends what sort of publishing deal they signed, still a damn shame though.

About the game
The forest of Nibel is dying. After a powerful storm sets a series of devastating events in motion, an unlikely hero must journey to find his courage and confront a dark nemesis to save his home. “Ori and the Blind Forest” tells the tale of a young orphan destined for heroics, through a visually stunning action-platformer crafted by Moon Studios for PC. Featuring hand-painted artwork, meticulously animated character performance, and a fully orchestrated score, “Ori and the Blind Forest” explores a deeply emotional story about love and sacrifice, and the hope that exists in us all.

Thanks for pointing it out FutureSuture. Article taken from GamingOnLinux.com.
Tags: Platformer, Steam
0 Likes
Share

I am the owner of GamingOnLinux. After discovering Linux back in the days of Mandrake in 2003, I constantly came back to check on the progress of Linux until Ubuntu appeared on the scene and it helped me to really love it. You can reach me easily by emailing GamingOnLinux directly.
See more from me
Some you may have missed, popular articles from the last month:
The comments on this article are closed.
40 comments
Page: «2/4»

View PC info
It's not a conspiracy to call Microsoft a giant wanker in this debacle, which happened immediately after Ori's release. Not news. Just feels like rubbing salt in the wound at this point.
0 Likes

QuoteFor the time being, Ori will only be available on Microsoft-owned platforms, such as Xbox, Win10, PC.

So now not only Mac OS and Linux is not PC. Win10 is not PC either. It is amusing that such stupid developers can make such a good games.
6 Likes, Who?

QuoteFor the time being, Ori will only be available on Microsoft-owned platforms, such as Xbox, Win10, PC.

So now not only Mac OS and Linux is not PC. Win10 is not PC either. It is amusing that such stupid developers can make such a good games.

Hah, my thoughts exactly!
I'm pretty sick of people calling Windows OS running machines PC's and Linux/OSx machines, well, Linux and OSx machines. I don't exactly know where this stupidity is originating from, but when we look at what the term means, then we find that it is "Personal Computer", which basically covers all three major players. (Win, Linux, Mac)
In a way, Linux is the most PC out of them all as it allows for the greatest level of customization, hence personalization.

Ok, enough of my silly rant. Let's hope that Khronos guys can get their legal stuff fixed up soon and officially launch Vulkan. :P
Da hype-train-is-real! :D
3 Likes, Who?

The devs did fix the only bug the game had with Wine though, so it's perfectly playable on Linux.

Quoting: XodetaetlThe devs did fix the only bug the game had with Wine though, so it's perfectly playable on Linux.

Quoting: Avehicle7887Ehhh, not sure why devs keep making these kind of deals, if they were lacking funds I can understand that but on the other side of the coin, there are alternative ways of obtaining funds such as kickstarter.

Don't understand why the devs don't do kickstarter campaigns for the ports.

Another way would be a porting-campaign on Steam, similar to preordering or greenlight voting, one preorders a Linux/SteamOS port-thingy and when the predefined time is up and the goal unreached the money is refunded to the acc. Shouldn't be hard to implement as its very similar to the (tradable) gift.
1 Likes, Who?

Quoting: XodetaetlThe devs did fix the only bug the game had with Wine though, so it's perfectly playable on Linux.

Such an obvious trap. They're just going to take your money and shit on our platform. Are you a masochist or just have no spine? It's time to drop the false empathy for using WINE. It's a double-edged sword and not worth losing the progress we have made with 1750+ native games.

View PC info
I have been hoping for a Linux version of Ori, but even though I'm disappointed that it probably won't happen, I can't blame the developers for signing a publishing deal with Microsoft. There's not as much money in crowdfunding as many still seem to believe, and most developers have to ask for much less than the actual costs of developing their game if they're to have any hope of reaching their funding goals. Polygon posted an article about the problem in May. If Ori hadn't been published by Microsoft, it might not even have been made.
0 Likes

View PC info
That's what happens when you sell your soul to the devil.
0 Likes
«2/4»
While you're here, please consider supporting GamingOnLinux on: