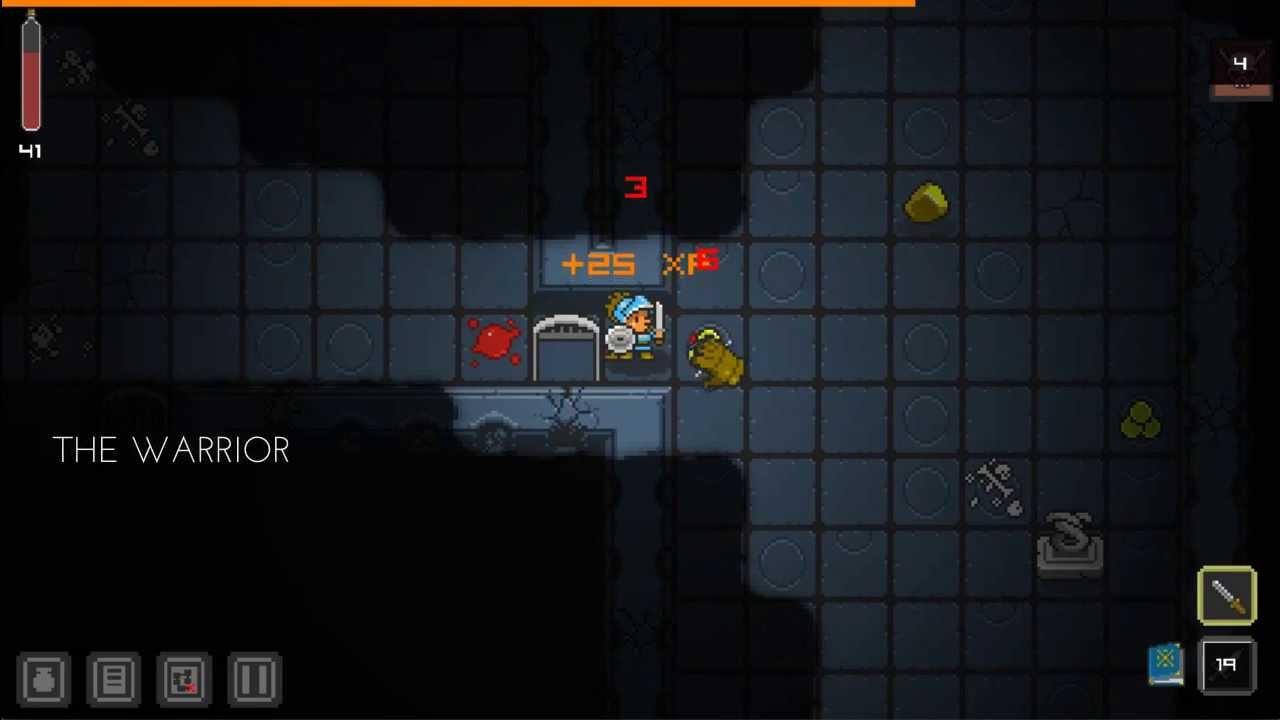 I asked on twitter for developers to get in touch about their games, and first up is Quest of Dungeons from Upfall Studios. A turn based dungeon crawler game featuring a good old 16-bit retro artistic look.

I asked the developer about the Linux sales, and he had this to say:

DavidThe game was initially released for Windows and Mac and it only got a Linux version after 4 months. I got a lot of questions about it at launch but I guess having it simultaneously could have worked better, people eventually forget about the game.

I have ~93% of window users, 6% Mac and approx 1% Linux users.
I have to mention that these numbers correspond to where it was actually purchased and not the version the person will play, since they get all 3 versions it is possible for some to buy on a Windows at work to play on a Mac or Linux at home, but the variance should be that much.

This is just one case of course, I've know some devs where they case was something like 90-5-5 (Windows-Mac-Linux). As a general rule some told me I could expect more or less the same from Linux as I would for Mac. But I guess I will only have that better measured with a simultaneous release.

I also asked a few other choice questions

Q: How do you feel about Linux support in future games?

DavidWill most likely still support it, don't see a reason why not.

Q: Do you feel you made any profit on the Linux version?

DavidIn my case I didn't. But the port didn't take much time and I use a custom engine (used SDL for some of the heavy-work) so I don't regret it since the costs weren't that high. Learned a great deal and that also counts. The game was profitable as a whole but it's natural some platforms don't perform as we wish they would.

Q: What would you say to developers wanting to release a Linux version?

DavidTry to do a simultaneous release if possible. Players see a new game they get excited with, they want it now, for their platform, not promises of the port in some months. This will help in getting some early traction instead of an "old game" getting a port, that rarely makes headlines.

Thanks David for the honest answers. Check out Quest of Dungeons here, you can get it directly from the developer, from their Humble Store widget and on Steam too.

If you want to see your game featured, please get in touch. We would love to see how you're doing and give you a shout out.

View PC info
Very honest interview. I like that guy.
9 Likes, Who?

Nyamiou 5 Mar, 2016
Very good article. It's always good to hear about how the developers feel about Linux.
1 Likes, Who?

Segata Sanshiro 5 Mar, 2016
View PC info
I wish more developers had this same attitude and outlook on things, it's great!
6 Likes, Who?

View PC info
I got this game and really like it, but I can't remember if I wound up getting it in a bundle or not. I find by the time we get a lot of games, they've been in bundles and so a lot of us are apt to just get what we can at the lowest price. A simultaneous launch would definitely help - and it's nice that he was told of a 90-5-5 ratio by other (I wonder who?). I also wonder if he can't tell what platform players are playing on? I thought Steam reported all that and more to the devs?

Anyhow, I think the game is great and I've got my eyes open for future releases!
2 Likes, Who?
Skully 6 Mar, 2016
I think it is a great game. For people who like this style of game, this maybe an overlooked gem. I actually helped beta test the linux version, and can happily say it's a very well done port. I am sad he didn't see profitable results from us. Can't wait to see what he makes next.
0 Likes

View PC info
Would have been interesting to also see the Android figures, as many people probably only played in on a mobile device (its a bit simplistic for a desktop game).
0 Likes

pb 6 Mar, 2016
It really is like he says. I check new releases every day, I have http://store.steampowered.com/search/#sort_by=Released_DESC&os=linux&page=1 set as my default steam page - so the list is limited only to new *Linux* releases. If I see a nice new game at good price, I go ahead and buy it. If a game releases without a Linux version, I don't even know about it, and when it promises a Linux version sometime down the path, I just wishlist it and forget about it until there's a big sale and I check my wishlist - so I end up buying games that launched without Linux port much later and much cheaper. I wish Valve had a separate list for new Linux/SteamOS releases, because as it is now, it's very easy (even *default*) to have no idea about new ports.
5 Likes, Who?
DJ_Link 6 Mar, 2016

Quoting: JuliusWould have been interesting to also see the Android figures, as many people probably only played in on a mobile device (its a bit simplistic for a desktop game).

Hi Dev here.
In response to this, and going off-topic from Linux (hope that's ok).

For much of my surprise, Android was profitable. And I say surprise because when I was beta testing it, everyone kept telling me to go free and put ads or IPAs, because people pirate everything on Android. I had never worked on Android and again, no clues of anything. I was stubborn and decided to try the way I would want to get the game. Payed, and no bs after getting it. The port too me aprox 2 months (had a iOS version already, so it could have taken longer if from desktop), and I had some people that already had Desktop versions re-buying it for mobile or discovering it for the first time.
Most of the emails I got from Android users said "thank you for now ads/iAPS and not requesting access to any permissions to install the game", so maybe that's something to keep in mind. There is a lot of market for payed games, those players just have a hard time finding those games among all the F2P on the stores these days, trust me, I can't find them when I try.
Sorry for wall of text.
David
7 Likes, Who?
1/2»
While you're here, please consider supporting GamingOnLinux on: