By flesk - 8 March 2016 at 11:13 pm UTC | Views: 7,934
Kelvin and the Infamous Machine game is now available DRM free from the developer (via Humble Bundle) and on Steam. It is already playable from start to finish, but is being kept in Early Access while full English voiceovers and text translations are being added. 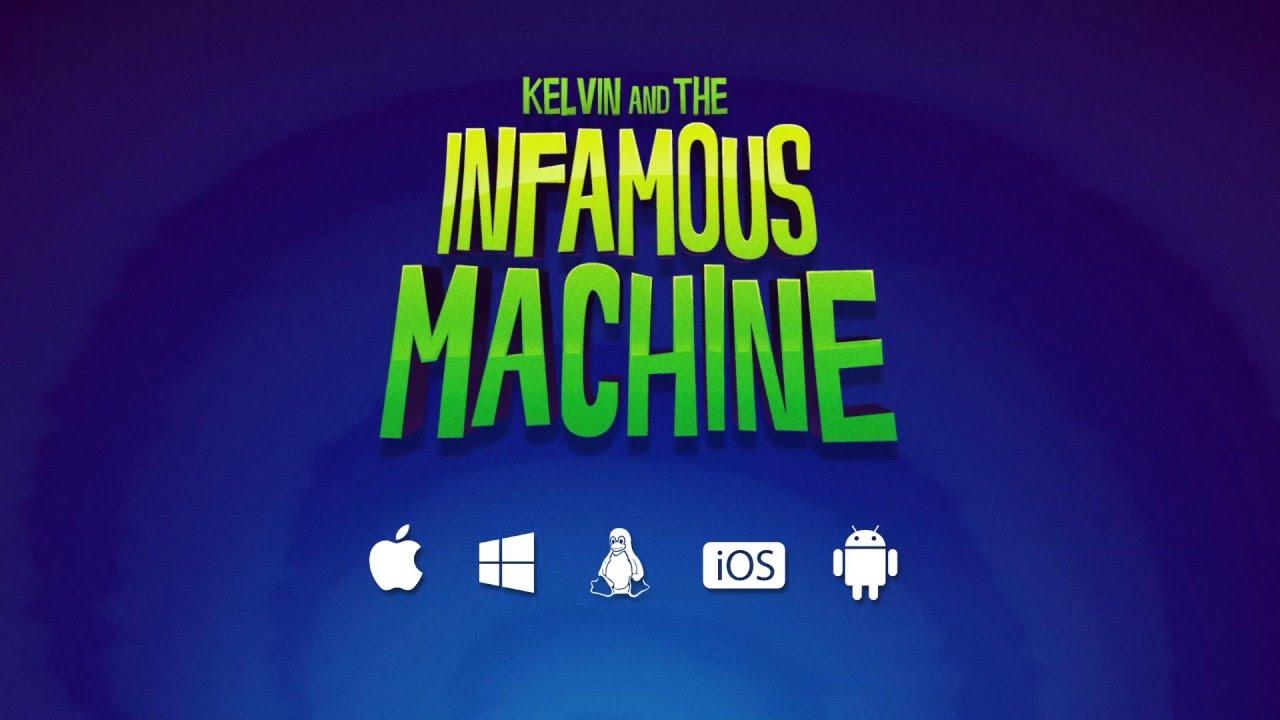 YouTube videos require cookies, you must accept their cookies to view. View cookie preferences.
Accept Cookies & Show   Direct Link
The game was funded on Kickstarter a little over a year ago, and was featured in The Funding Crowd #39 at the time. Kelvin is the second Argentine point-and-click adventure game to be released in just a few days, after Dog Mendonça—a game GOL editor Segata Sanshiro plans to take a closer look at—was released on Steam for Linux last week.

Like the demo, which is still available from the official website, the first chapter starts off in Vienna, where you have to correct the mess that has been made of history, and make sure Beethoven composes his famous Fifth Symphony. The game is a classic point-and-click with an inventory, though with a a modern one-click interface. Judging by the first chapter, and the second one with Newton that I've barely started, the humor is on the silly side, which I think fits the game nicely, and it sometimes breaks the fourth wall without going overboard with it.

I haven't encountered any technical issues in my testing of either of the versions, and the DRM free version even comes with a convenient installer, which is a nice touch if you prefer not to fiddle with the command line or move files around to get games installed where you want them.

Kelvin and the Infamous Machine is a point-and-click adventure about the well intentioned but not-so-brilliant Kelvin, his workplace crush, a crazy scientist, and a hideous time machine that came to ruin everything. With us so far?

Enraged after his life’s research is ridiculed by the media, Dr. Edwin Lupin decides to become not the greatest genius ever, but the only genius ever, by stealing credit for humankind's most appreciated works.

Now, spacetime is being altered and humanity needs a hero. Can the bumbling Kelvin, driven by a basic understanding of right and wrong, repair the unraveling timeline? Or will he totally blow it and doom the universe to oblivion? Article taken from GamingOnLinux.com.
Tags: Early Access, Adventure, Humble Store, Point & Click, Steam
1 Likes , Who?
Share

View PC info
Looks interesting. I'm a fan of point & clicks so I'll likely give this a look once fully released. Until then, I'm staying away.

As for The Interactive Adventures of Dog Mendonça & Pizzaboy, I've been playing that for the last few days. It's fairly interesting with a decent sense of humor. The voice acting is hit & miss, some of it is solid, some of it is kind of wooden, but the music is great and the art style is amazing.
1 Likes, Who?

Quoting: KeyrockAs for The Interactive Adventures of Dog Mendonça &amp; Pizzaboy, I've been playing that for the last few days. It's fairly interesting with a decent sense of humor. The voice acting is hit &amp; miss, some of it is solid, some of it is kind of wooden, but the music is great and the art style is amazing.

I'm trying to get a review for that up when I have time (haven't even had time to play for more than an hour). I agree with the voice acting thing, it's a shame but at least it's there when originally it wasn't going to be since it didn't meet the kickstarter stretch goal.

As for this, thanks for the heads up with the voice acting Flesk. I won't play it until that's there. I just don't think early access and games with stories really mix, you're getting all the spoilers when the game isn't even finished yet and by the time it is at it's best, there's no longer an incentive to play.
2 Likes, Who?

Quoting: Segata SanshiroI just don't think early access and games with stories really mix, you're getting all the spoilers when the game isn't even finished yet and by the time it is at it's best, there's no longer an incentive to play.

Yeah, that was my thought too. I mean, I don't play early access games period, regardless the genre, but a point & click seems like the absolute least suited to early access genre out there.
3 Likes, Who?

Looks pretty good but I’m still afraid they’ll one day add Steve Jobs as they initially had planned to!
0 Likes

Quoting: GuestOh god, this sorta pushed me away from the game, anyone who respects steve jobs is either an idiot or a scumbag (like him). Unless they were just planning to make fun of him :)

People tend to associate success in business with other, more significant accomplishments or qualities of character. Just look at Trump. He's a complete and utter tool, but his enormous fortune makes a lot of people think he'd make a good president of the US.
0 Likes
While you're here, please consider supporting GamingOnLinux on: