By Cheeseness - 29 April 2016 at 7:43 pm UTC | Views: 18,704
Earlier this month, I released sources for an example 2D racing/drifting game made with the Godot engine called Tiny Chopper Raceway. I initially made this game in 2 hours as part of a Tasmanian Linux User Group talk on making games in a hurry, looking at strategies for increasing efficiency of design and development process as well as how to avoid common pitfalls (on a related note, see here for my game jam survival guide). 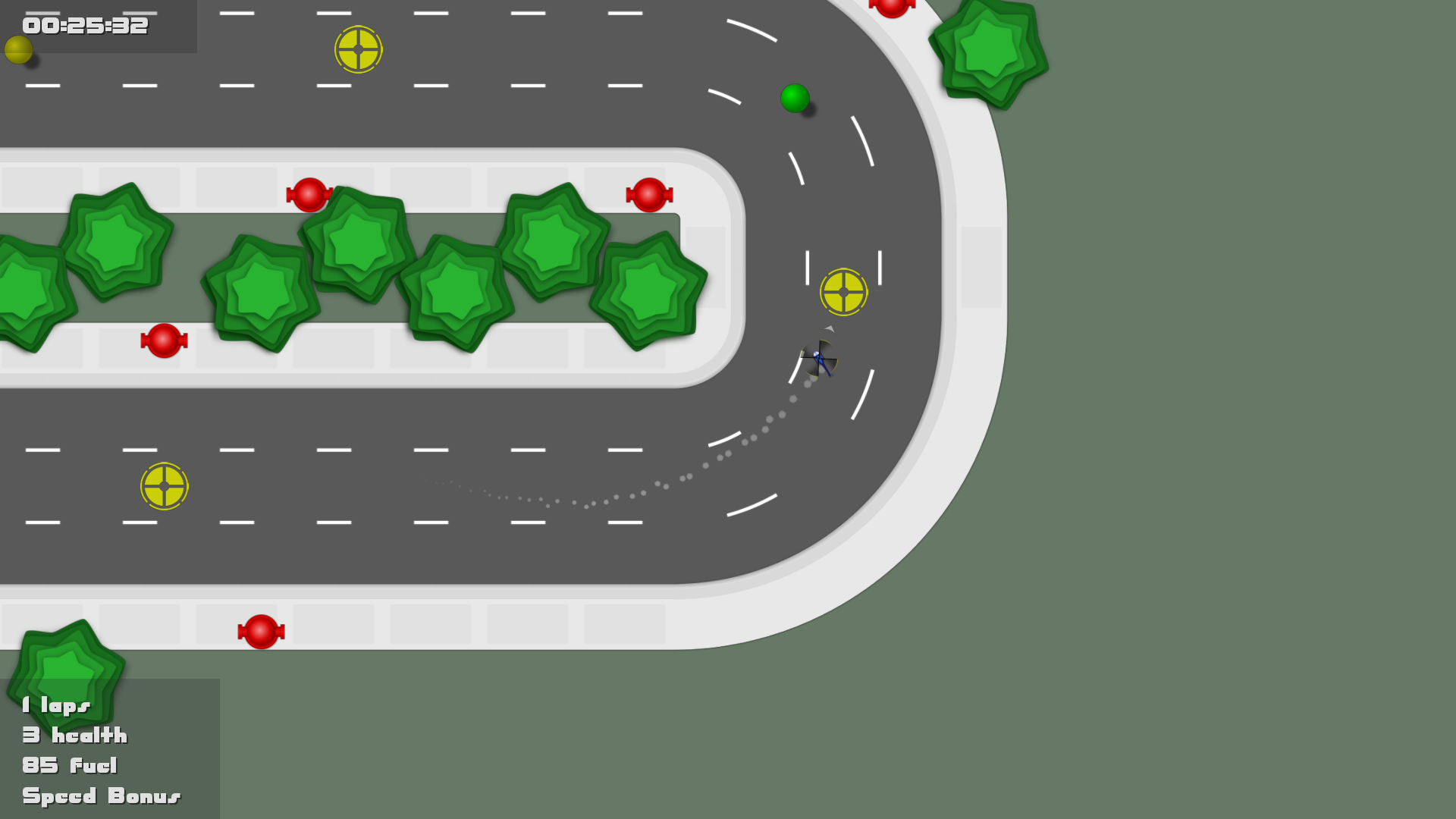 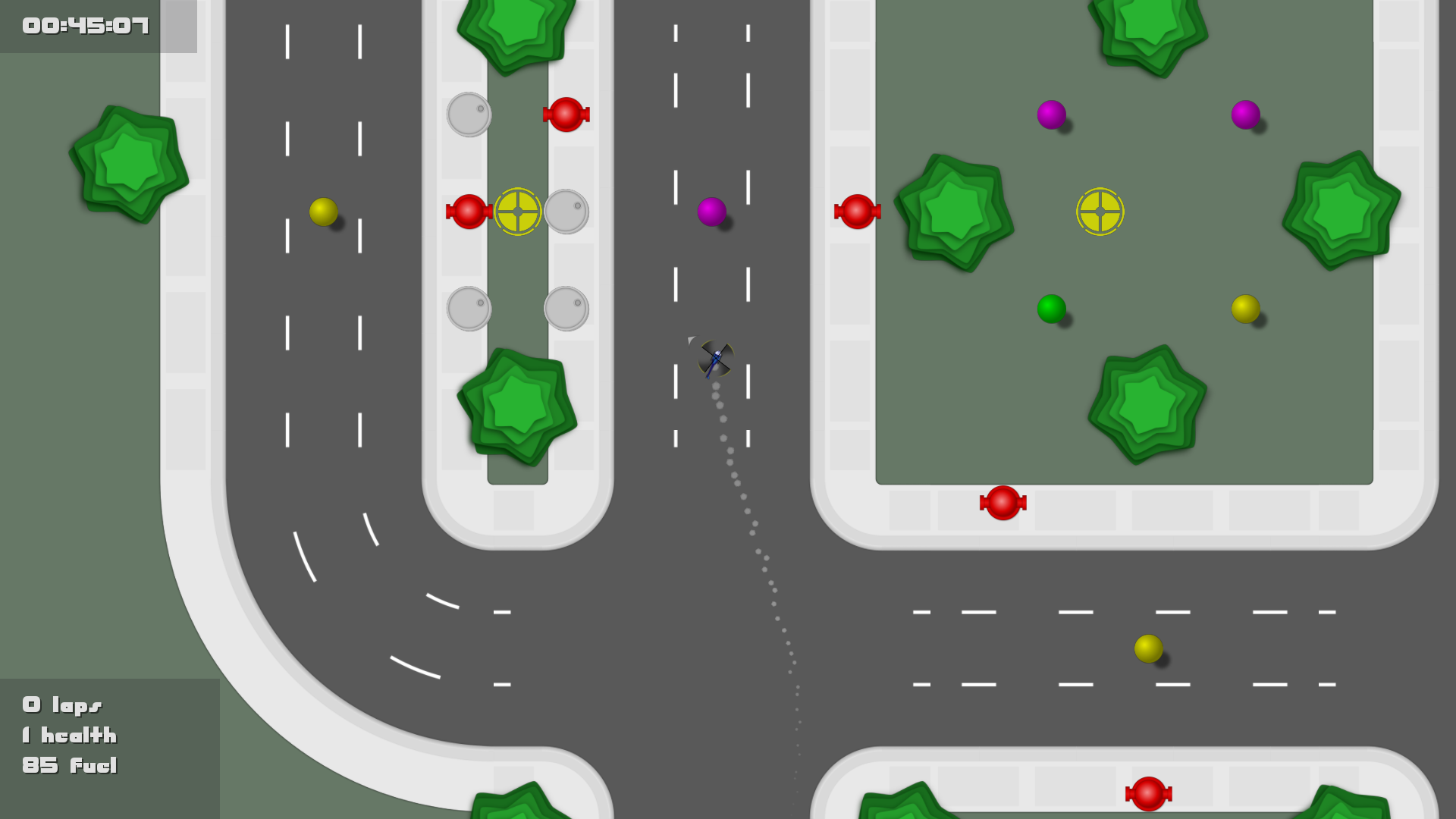 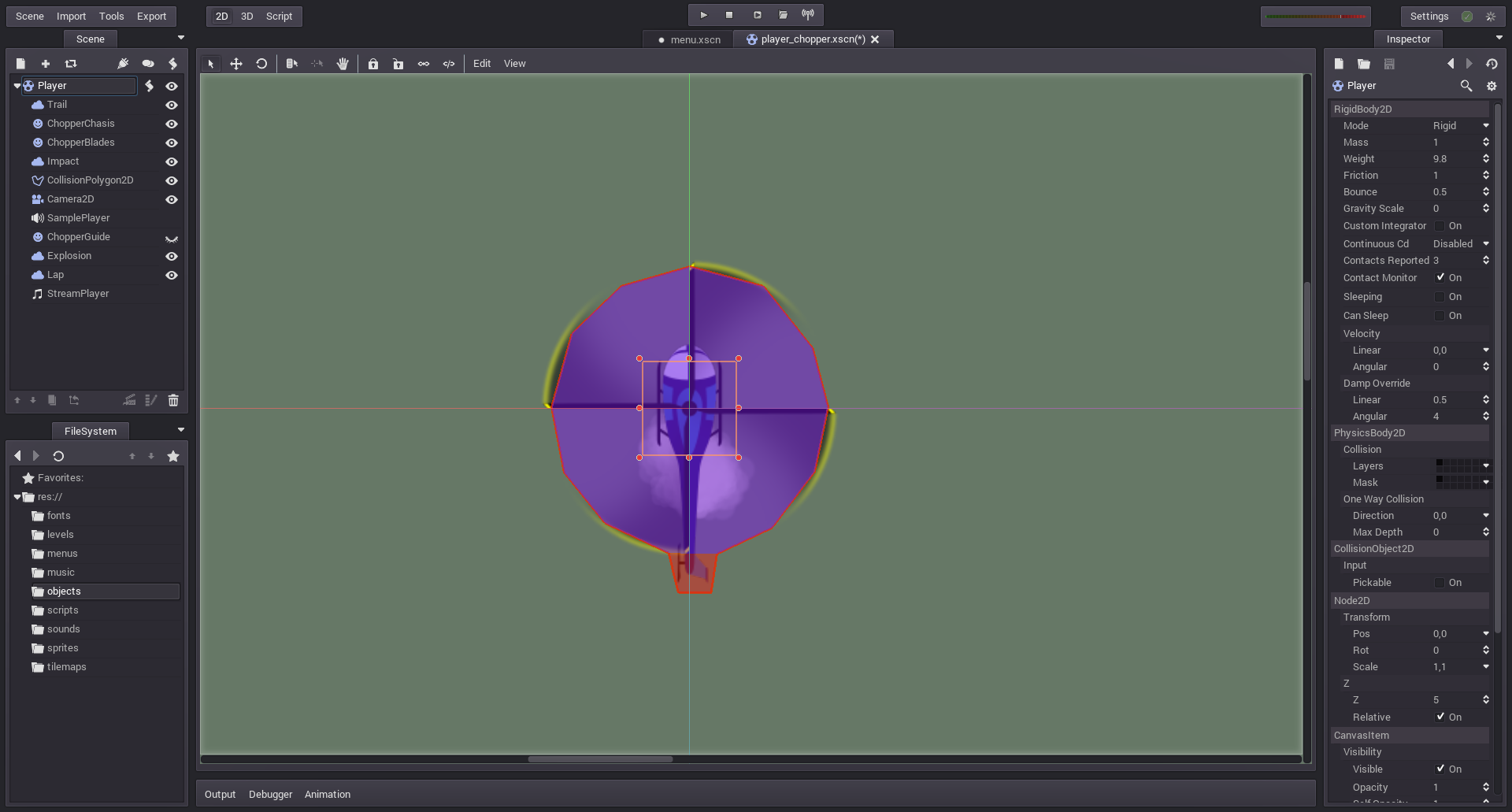 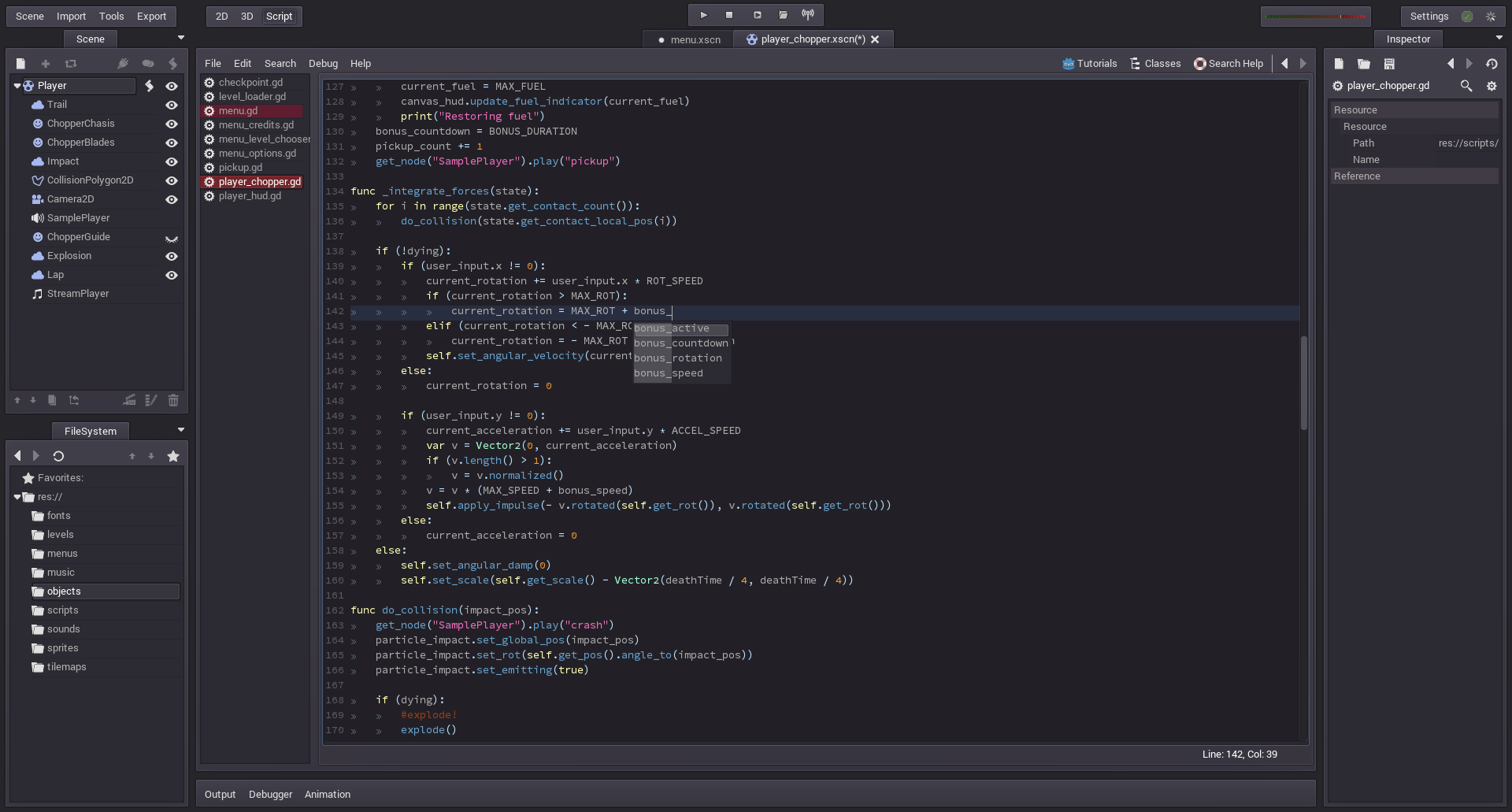 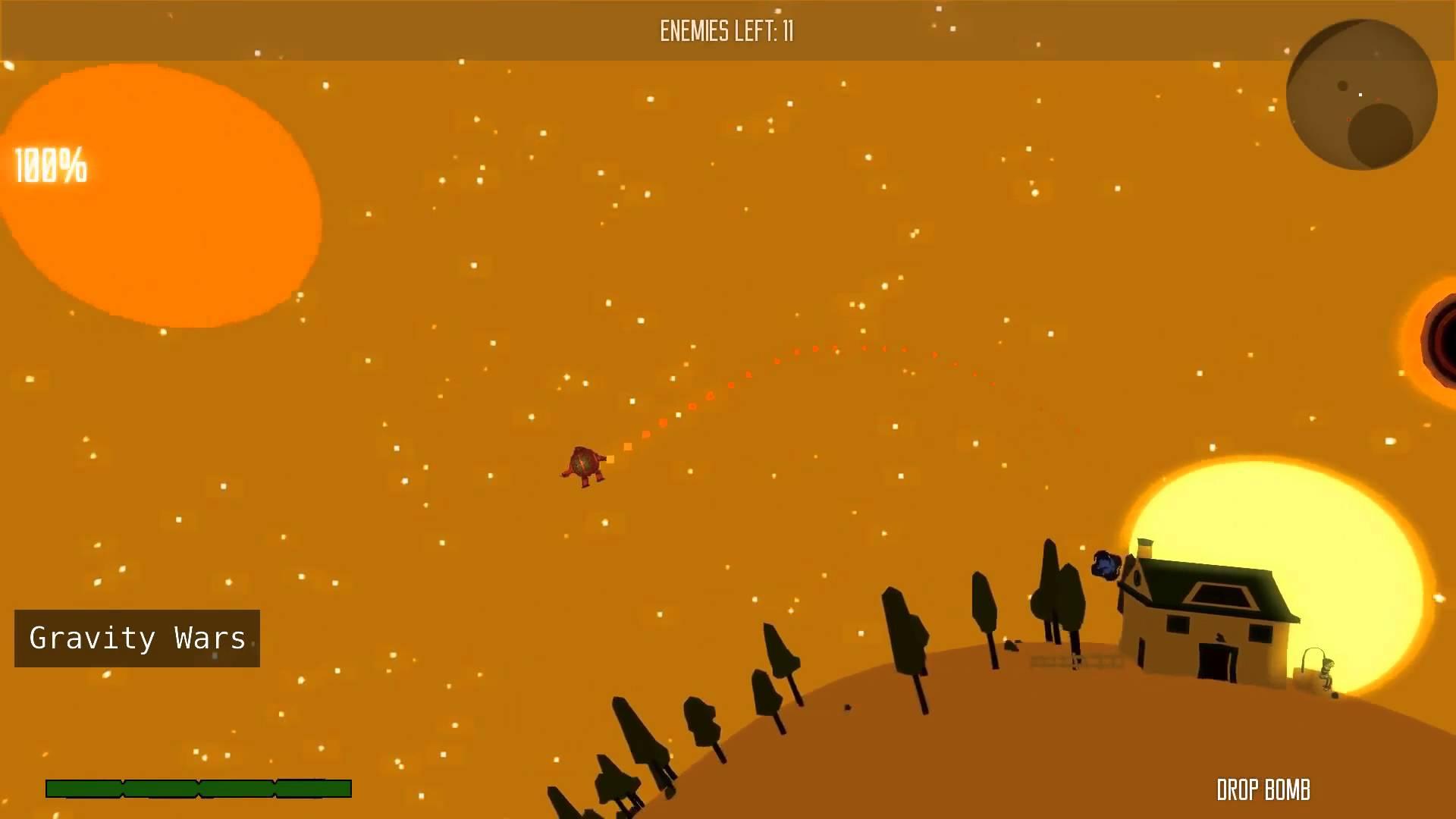 fagnerln 29 Apr, 2016
View PC info
Godot is impressive, I've been doing some tests on it...
I don't know about those licenses and I have a question: can commercial games be developed in Godot?
0 Likes

Quoting: fagnerlnGodot is impressive, I've been doing some tests on it...
I don't know about those licenses and I have a question: can commercial games be developed in Godot?

Quoting: dean36963I was thinking of trying to learn to use a proper game engine. Previously I've made some (admittedly fairly rubbish) games, but always with C++ and SDL2, which is fine, but it's a lot of work!

I'm making two games at the moment (Winter's Wake and Hidden Star) with SDL2 and C++, and I'm constantly surprised at how much easier it gets with practice. It takes a bit longer to get to the point where you can have stuff running and inform your design decisions with actual gameplay, but I still feel like it's far less effort than I assumed back when I felt like I was a game developer who didn't have time to also be an engine developer.

The scripting language is fairly solid and pretty easy to learn (if you don't mind python style syntax - I hate it, myself :D ). The [url=docs.godotengine.org/]documentation[/url] is patchy in some places, but is getting better with time.

Quoting: DePingusThis is great! There's not a lot of info out there that covers gamedev on/for linux.

I also post a bunch of development related stuff on my Patreon page, although there's a lot to sift through. My 2015 recap post is probably a good summary.
0 Likes
While you're here, please consider supporting GamingOnLinux on: