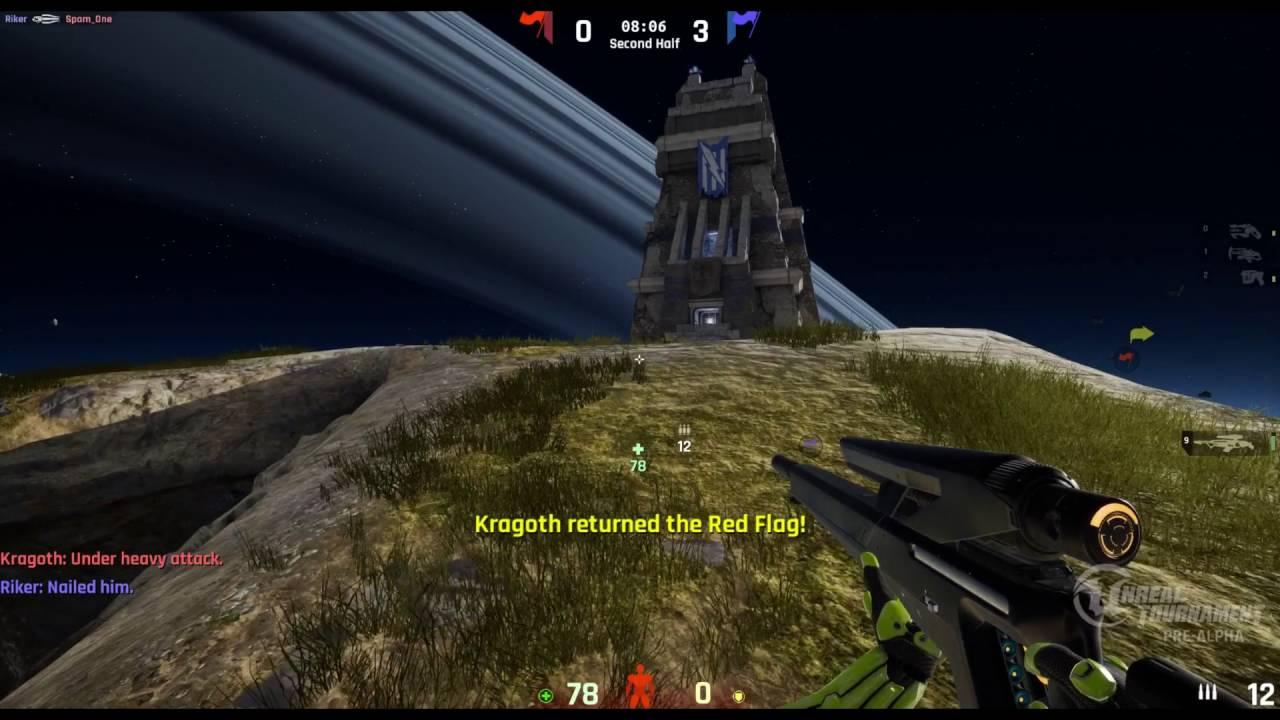 It's great that we get such games on Linux, as Unreal Tournament used to be such a big name and it's looking like it may well be again when this releases in full. Article taken from GamingOnLinux.com.
Tags: Action, Editorial, FPS, Free Game, HOWTO, Initial Thoughts, Video
2 Likes
Share

About the author - Liam Dawe
I am the owner of GamingOnLinux. After discovering Linux back in the days of Mandrake in 2003, I constantly came back to check on the progress of Linux until Ubuntu appeared on the scene and it helped me to really love it. You can reach me easily by emailing GamingOnLinux directly.
See more from me
Some you may have missed, popular articles from the last month:
The comments on this article are closed.
30 comments
Page: «2/3»

View PC info
On my end, the game renders with lots of square planes and missing textures if I run in GL4 mode. Also, to use the 'Epic' settings, I have to set them to 'High' and back to 'Epic'.
0 Likes

View PC info
I just tried running it with the option __GL_THREADED_OPTIMIZATIONS=1 and it really helps improve performance, and even seems to have gotten rid of some weird texture artifacts I was seeing before. It was mentioned in this thread
https://www.epicgames.com/unrealtournament/forums/showthread.php?19980-Can-performance-be-improved&p=226701

In one particularly bottlenecking area of Outpost23 this option gave me about a 10FPS boost without the -opengl4 option, and about 15FPS boost with it.

I wonder if this can be used in other UE4 games.

Quoting: aFoxNamedMorrisOn my end, the game renders with lots of square planes and missing textures if I run in GL4 mode. Also, to use the 'Epic' settings, I have to set them to 'High' and back to 'Epic'.

QuoteIt's 6.1GB, so it's not exactly a small download.

Definitely need to test that :)
0 Likes

View PC info
do they have assault kind of maps yet?

those were the fun ones
0 Likes

View PC info
After trying it a longer time ago, I'll wait for the final release to play the game. I do prefer ready games. I don't wanna lose the interest in it even before it is released. If you asked me, I'd say they should have done a closed alpha and beta first.
0 Likes

Quoting: cRaZy-bisCuiTAfter trying it a longer time ago, I'll wait for the final release to play the game. I do prefer ready games. I don't wanna lose the interest in it even before it is released. If you asked me, I'd say they should have done a closed alpha and beta first.

I do the same for single players, but this is a mp shooter. Just enter the arena and make some noise. I played previous betas and everything seems to work more or less
0 Likes

Gobo 18 May, 2016
View PC info
Thanks for the heads up on threaded optimizations and the openGL4 parameter, I never understood why the autodetect option always turned every gfx option to "low"... now it looks nice and is performing as expected!

But maybe I got another stupid question: How do I enable the launcher on linux? I'd like to check out the marketplace and some of those maps advertised in the quick challenge menu.