The Wardrobe is a 2D point & click game inspired by the great 90s classics such as 'Monkey Island', 'Day of the Tentacle', 'Tony Tough' and 'Sam & Max: Hit the Road'. The game has a strong sense of humor, but isn't shy about dealing with mature and non-politically correct themes.

Waiting feedback on the Greenlight page, the game will be available on Steam and other major distribution platforms for Windows, Mac, and Linux later this year. 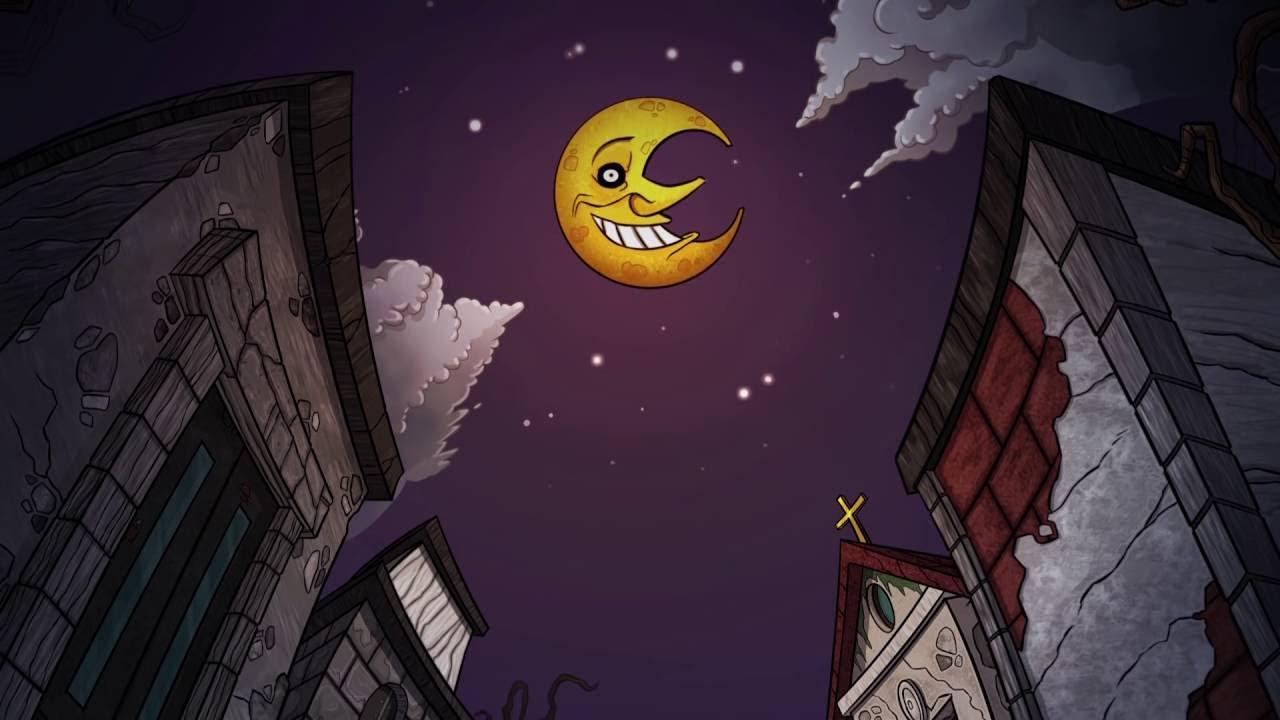 YouTube videos require cookies, you must accept their cookies to view. View cookie preferences.
Accept Cookies & Show   Direct Link
You will control the main character, Skinny, from a third-person perspective, moving between locations to solve puzzles found along the way. This happens by interacting with the highlighted elements (hotspots) within the different scenarios. For each hotspot, you can choose from among four types of actions: Look, Pick up, Use, and Talk. All dialogues have multiple choices (and are full of funny answers to try)! Skinny will collect a lot of objects during the adventure, which are kept in his inventory. Stored items can be combined with other objects or used directly on hotspots throughout the various locations to solve riddles and proceed with the game. The Wardrobe has more than 40 hand-illustrated and digitally colored locations, populated with 70+ characters and enriched by dozens of puzzles.

It all happened five years ago, during a picnic arranged by Ronald and his best friend Skinny. Things were going well, until Ronald pulled out two very tiny plums from his basket, one for Skinny and one for him. Not knowing about his deadly allergy to plums, Skinny didn’t think twice about eating it, and immediately went into anaphylactic shock which caused his sudden death. Ronald ran off, terrified. When he woke up, Skinny discovered that he had become a skeleton and been sentenced to live in Ronald’s bedroom wardrobe forever. Since then, Skinny has watched over Ronald constantly, without his knowledge… but now things are going to change! To save his best friend’s soul from eternal damnation, Skinny will be forced to reveal himself and make Ronald admit his 'crime'. Not a simple challenge at all!

The Wardrobe has been developed in the Unity game engine for Windows, Mac, Linux with additional platform considered for a later release. Slated for release Fall 2016.

Main features
- An iconic game with hundreds of tributes to the Pop Culture.
- +40 hand-painted enviroments to explore
- +70 odd characters to interact with
- Fill your thoracic inventory with useful objects to collect
- Four types of actions for each hotspot (Look, Pick up, Use, and Talk) and dialogues with multiple choices (and full of funny answers to try)!
- Different puzzle solving mechanics Article taken from GamingOnLinux.com.
Tags: Adventure, Greenlight, Indie Game, Point & Click, Press Release, Steam
0 Likes
We do often include affiliate links to earn us some pennies. We are currently affiliated with GOG, Humble Store and Paradox Interactive. See more here.
Some you may have missed, popular articles from the last month:
The comments on this article are closed.
2 comments

View PC info
This screenshot reminds me of undertale, I haven't played anything that good since bastion.
0 Likes

Nice. I think I’ve already voted yes on Greenlight for it (the past few days I’ve been voting yes for everything that is for Linux). If it’s not too hard and has funny humour I might buy it (I tend to be stuck very early in P&C games… unless they are the casual Artifex Mundi kind).


Last edited by stan on 23 June 2016 at 7:04 pm UTC
0 Likes
While you're here, please consider supporting GamingOnLinux on: