It's not often that I get to write about a game that I am both a fan of and a developer behind, but after two months' worth of solid porting work, here I am! 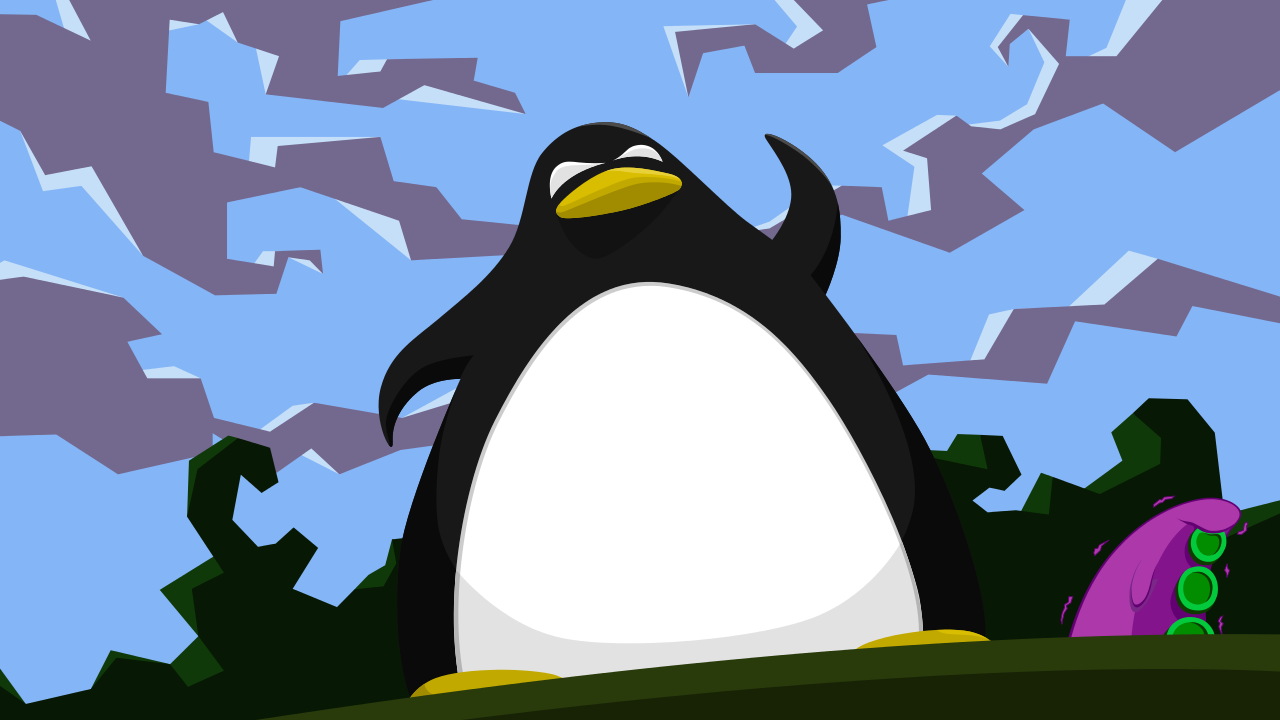 Day of the Tentacle Remastered is now available for the first time on Linux, and can be found on Steam and Humble Store with a Linux launch discount. It should also be up on GOG as soon as they set it live.

Day of the Tentacle is a standalone sequel to the 1987 adventure game Maniac Mansion, created during the "golden age of adventure games" by LucasArts. Unlike Maniac Mansion, Day of the Tentacle adheres to the sensibilities laid out in Ron Gilbert's Why Adventure Games Suck essay, which outlines the reasoning behind Monkey Island's design deviations from previous point and click adventures - no dead ends, no deaths, keeping goals clear and readable, better feedback to players, more meaningful player agency and tighter integration between puzzles and story. 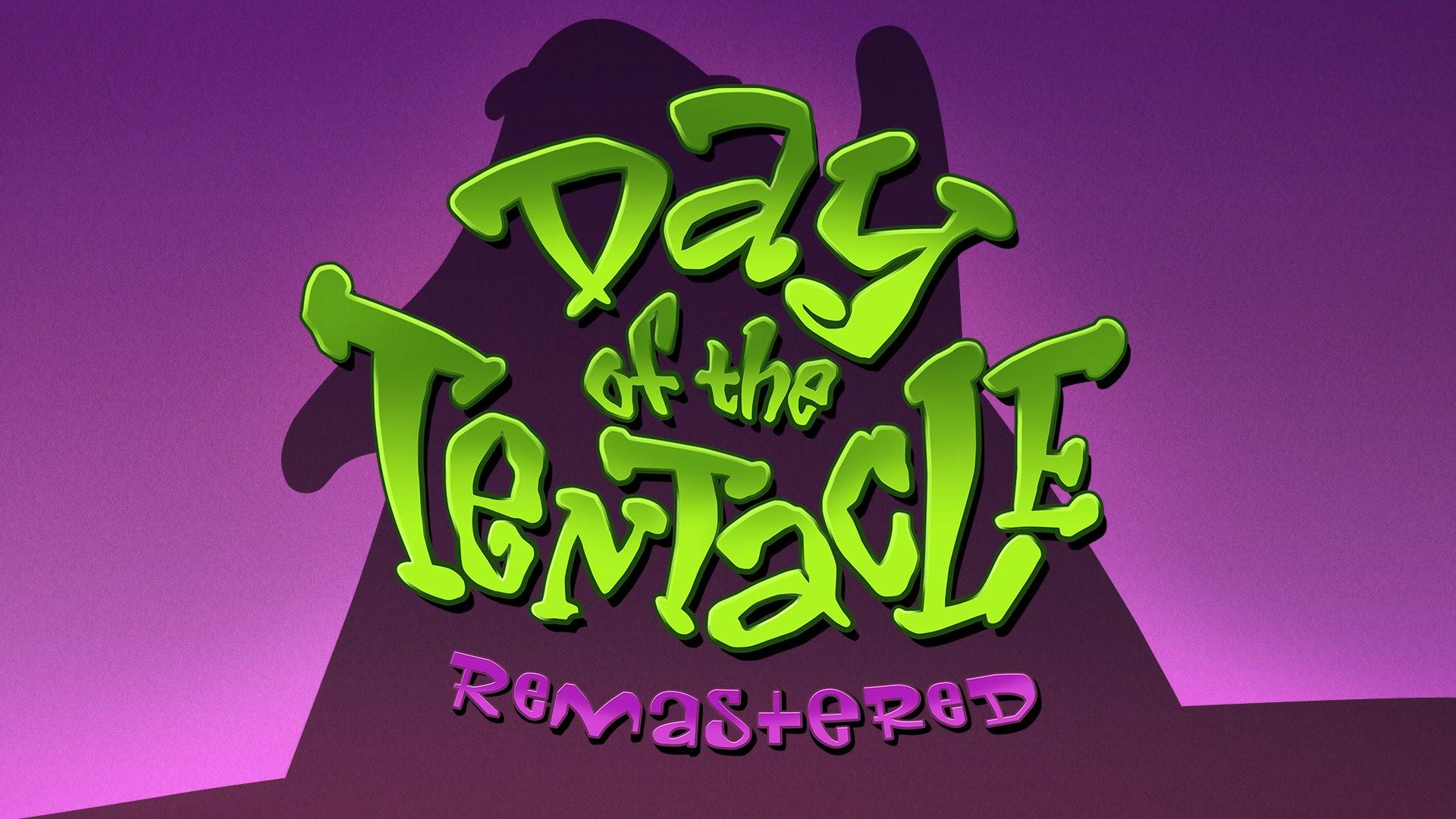 YouTube videos require cookies, you must accept their cookies to view. View cookie preferences.
Accept Cookies & Show   Direct Link
These, along with some great humour became the hallmarks of LucasArts' adventure titles and few embody them as well as Day of The Tentacle, which takes a super complicated time travel oriented premise and manages to keep things clear and well paced throughout. If Monkey Island was the dawn of the "golden age of adventure games", then Day of the Tentacle was the latter part of the late morning when things start to really warm up, and paved the way for titles like The Dig, Curse of Monkey Island, Full Throttle (hopefully coming to Linux as part of its upcoming remastered release) and Grim Fandango (already on Linux) to capture the hearts and imaginations of adventure game fans with an enduring passion that would last for decades.


My personal connection to this game has expanded from being that of a player and an appreciator of its accomplishments to include that of a developer and in some respects a historian. I've had the opportunity not only to peek behind the curtain and experience a game I love from a new angle, but I've also been able to look back in time at a fascinating cross-section of LucasArts history. 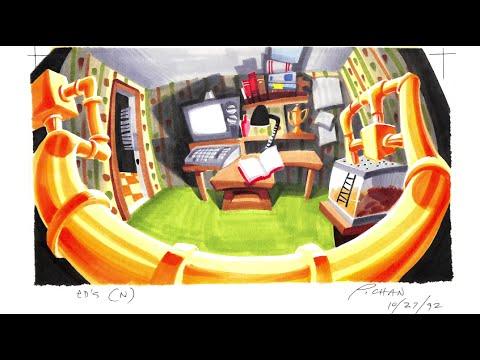 YouTube videos require cookies, you must accept their cookies to view. View cookie preferences.
Accept Cookies & Show   Direct Link
I'm hoping to publish a more in-depth article about my porting experiences at a later date (edit: it's published now). If that sort of thing is exciting for you, definitely keep an eye out.

If you pick it up, I hope that you enjoy Day of the Tentacle as much as I have! Article taken from GamingOnLinux.com.
Tags: Adventure, Point & Click
0 Likes
Share

I do more stuff than could ever fit into a bio.
See more from me
Some you may have missed, popular articles from the last month:
The comments on this article are closed.
35 comments
Page: 1/4»

QuoteI'm hoping to publish a more in-depth article about my porting experiences at a later date. If that sort of thing is exciting for you, definitely keep an eye out.

I'm very interested in that.
As software developer and Linuxer, I'd love to port as well.
6 Likes, Who?

I'm also developing my own original game. Hope some day to write about it here on GoL, like you now.

Wish you the very best with the game.

Edit: just to say that I will buy the game, although I don't play the games at all.

View PC info
instabuy for me :D thx for port!
2 Likes, Who?

View PC info
I'm grabbing this asap. It is without doubt the best LucasArts adventure game ever made & well worth an update for modern computers.
1 Likes, Who?

View PC info
I was hoping for Maniac Mansion to be remastered as well but unfortunately is not :(
0 Likes

View PC info
I love this wacky gem of an adventure. Also an in-depth port report would be awesome.
1 Likes, Who?

View PC info
Instantbuy for me, once again Double Fine support Linux and port a very nice game.
1 Likes, Who?

View PC info
By the way, if anybody's interested in the penguin image at the top of the article, it's a piece of fan art I did when Day of the Tentacle Remastered was first announced in 2014, which we pulled out and decided to use as a promotional image for the Linux port. There are wallpaper sized versions up here for anyone who's keen ^_^

I'd also like to draw attention to the Linux testing team. I wouldn't have been able to get DotT ready to ship without their efforts. They are cool people and deserve our thanks <3

Initially, I was negotiating to assist with QA and possibly provide some dev support. I'm not aware of what plans were in place for Linux support before the port was offered to me, nor of what expected timeframes may have been attached to those.

I don't recall any mentions of the soonishness of the port prior to my starting work, but it doesn't seem unreasonable to consider a few months to be "soon".

All I can tell you is that I am very thankful that there were no firm dates attached to the project while I was working, and the notion that anybody at Double Fine would hope to deceive Linux users feels very much at odds with the experiences I've had. Everybody was supportive, enthusiastic and excited to see Linux users getting the game.


Quoting: ArkonaI'm also developing my own original game. Hope some day to write about it here on GoL, like you now.

That's great to hear! I'm looking forward to finding out more. Best of luck with your project :)

Quoting: wolfyrionbtw Cheese I Had some fun with your lil octopus ^_^

Ha ha, awesome. I'm hoping that I'll be able to return to Above The Waves and work on an extended version later this year (DotT pushed out my plans for doing that sooner, unfortunately).