By Liam Dawe - 1 December 2016 at 1:47 pm UTC | Views: 9,585
Angeldust [Steam, Official Site] is a late night discovery after trawling through Steam around midnight last night. It's free to play, looks amusing with the colourful cartoon-like characters so I gave it a go. 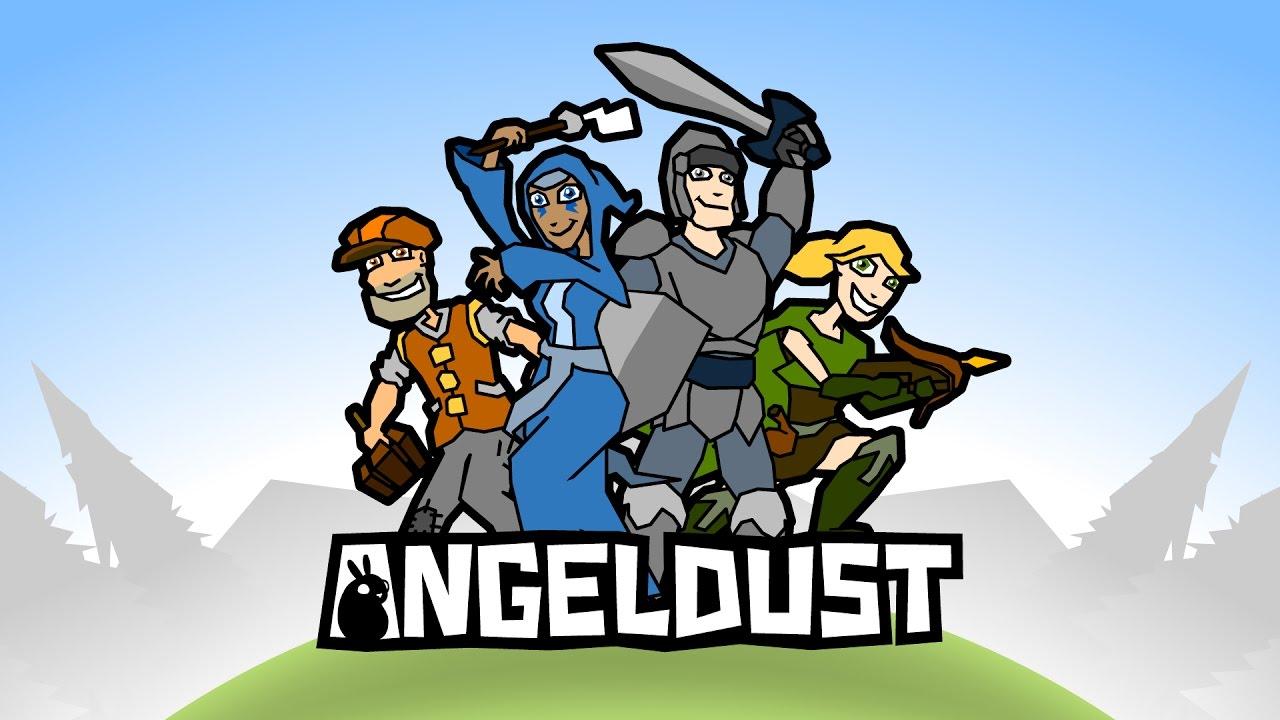 YouTube videos require cookies, you must accept their cookies to view. View cookie preferences.
Accept Cookies & Show   Direct Link
You will need to register here to play, as it seems clicking register in the game causes it to crash to the desktop.

It seems like a game designed for a younger audience, but when I asked how to mine anything as my equipment didn't do anything and the game offered no tutorial the only response I got was "just go to youtube dumbass". I regret trying to talk in an online game once again.

You mine random resources and fight enemies to earn gold, which can be used to unlock other resources from the shop. There doesn't seem to be any in-game purchases, so it at least has that in its favour.

The characters are all 2D, which looked amusing at first, but playing it is just completely weird. It doesn't really make any sense.

The only place I found where I could build, was this tiny plot of land the game gives you. Everything feels terribly limited and poorly designed.

You can play it online or by yourself, so that's nice for people who don't want to play with the instantly idiotic and hostile community I found.

Honestly, apart from the price there's nothing really interesting about the game. Minecraft if you can afford it offers a much better experience. Article taken from GamingOnLinux.com.
Tags: Early Access, Free Game, RPG, Sandbox, Steam | Apps: Angeldust
0 Likes
Share

View PC info
And Minetest, which is free and native on Linux, also offers a great experience.
4 Likes, Who?
SirBaskomWelford 1 Dec, 2016
Trying it out now. liamdawe what did you do in game to allow yourself to play it solo? Checked the electronic device it gives and see only options to join other players.
0 Likes
freelikegnu 1 Dec, 2016

Quoting: KelsAnd Minetest, which is free and native on Linux, also offers a great experience.

Quoting: KelsAnd Minetest, which is free and native on Linux, also offers a great experience.

Just because I don't mention something, doesn't mean I forget them. Minecraft offers a vastly better experience out of the box than both of those. Personal opinion of course. I am well aware of them both. Minetest is just a shell (I know it has plenty of mods, don't force me to download a bunch of mods just to get a basic game experience!) and the last time I look at Terasology it had a long, long way to go as well.
0 Likes

View PC info
GOL just had an article a short while ago about Minetest. BTW Minetest 0.4.15 is lining up for release on December 21st. It may add carts and other amusements.
0 Likes

View PC info
Have a look at Framasoft's (a french non-profit association promoting Free Software and self-hosting) Framinetest servers, it should download all the needed mods before connecting and it is quite active during evenings: https://framinetest.org/. It's more education-oriented btw, so it should be suitable for a younger audience.

btw, indeed the 2D characters in Angeldust seems a bit weird…
0 Likes
While you're here, please consider supporting GamingOnLinux on: