Some thoughts on Age of Conquest IV

Back when I started using Linux full time around 2007, there were two game genres that were well represented: fast action multiplayer oriented first-person shooters in the Quake mould and Risk derivatives. Mostly made in Java, games like Lux Delux and Aevum Obscurum were notable for their presence on a platform that had yet to be embraced by major game distributors. After Desura launched for Linux in 2011, I finally gave one of these a try in the form of Age of Conquest III.

Made by Noble Master Games, a small group of strategy enthusiasts known for making niche titles, the Desura release offered a trial map set during the days of the Roman Empire. While in many ways a simple game, it was still able to hold my interest as an easy time waster. Most strategy games require an investment that makes them hard to get into if you are not willing to get bogged down in them. Unless you have hours of time available, you will not get through them in one sitting.

Due to its roots in family tabletop gaming though, sessions of Age of Conquest flow remarkably quickly. Back in April of 2016 Age of Conquest IV was announced and the series grabbed my attention again. Downloading it this time from itch.io, I started playing the trial map during the Canada Day long weekend just before I began work as an apiary assistant throughout the summer and fall. Over the course of the season Age of Conquest was one of the few games I had time for.

It would be a disservice to maintain that the game is entirely a Risk clone. It has obviously taken some inspiration from other computer strategy titles, and does feature systems that elevate it far beyond simple dice rolls. Players are expected to manage their nation’s happiness and taxation levels, and troops must be conscripted with an eye to population and income. The game also has an extensive diplomacy system allowing for a variety of team based scenarios. 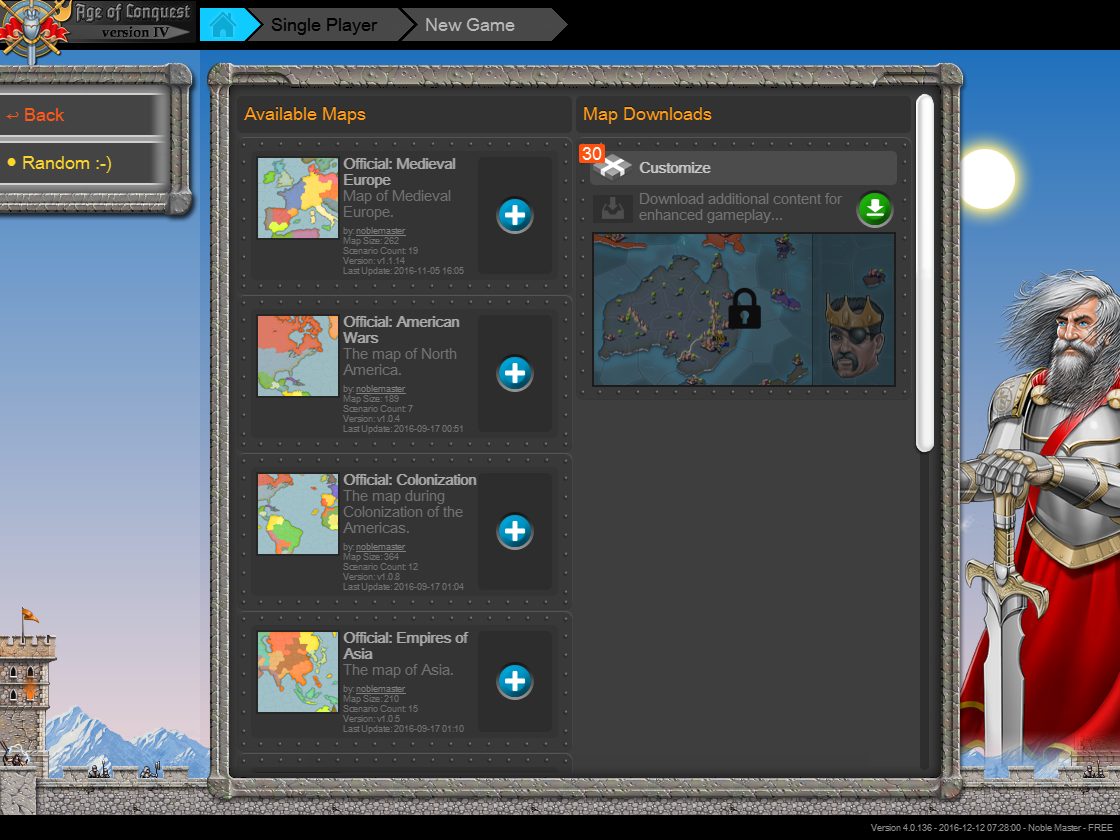 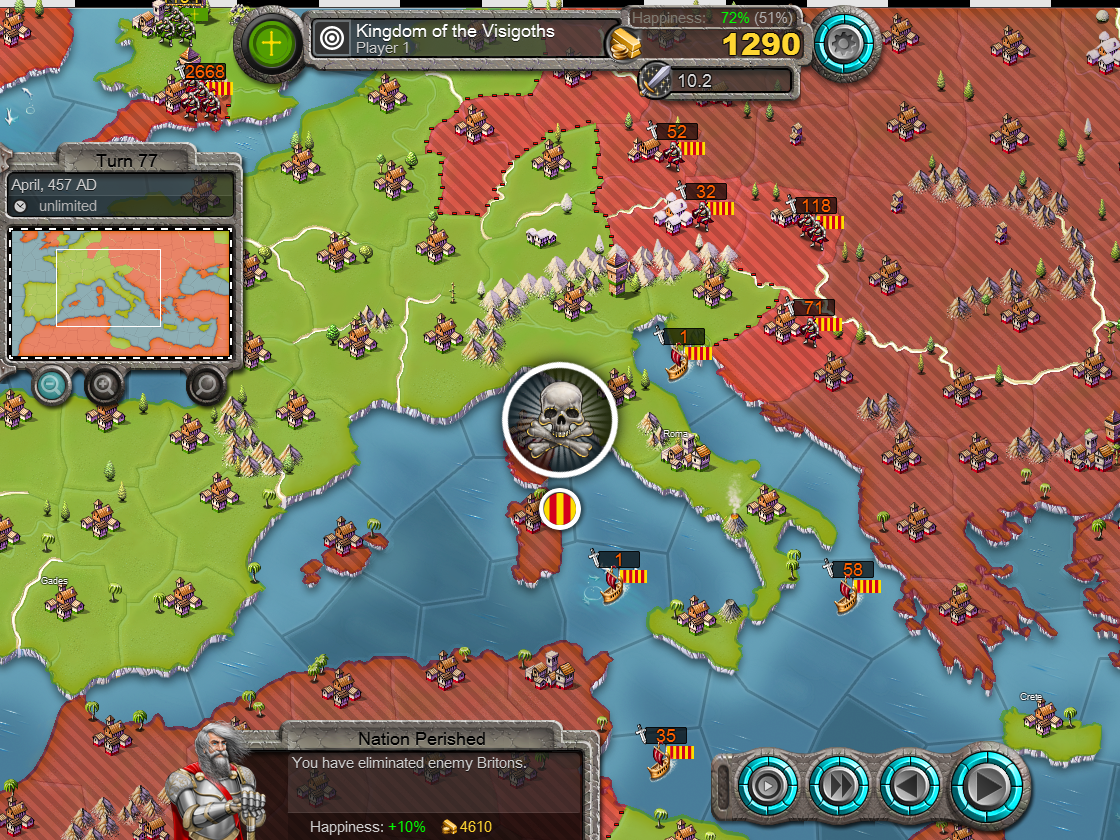 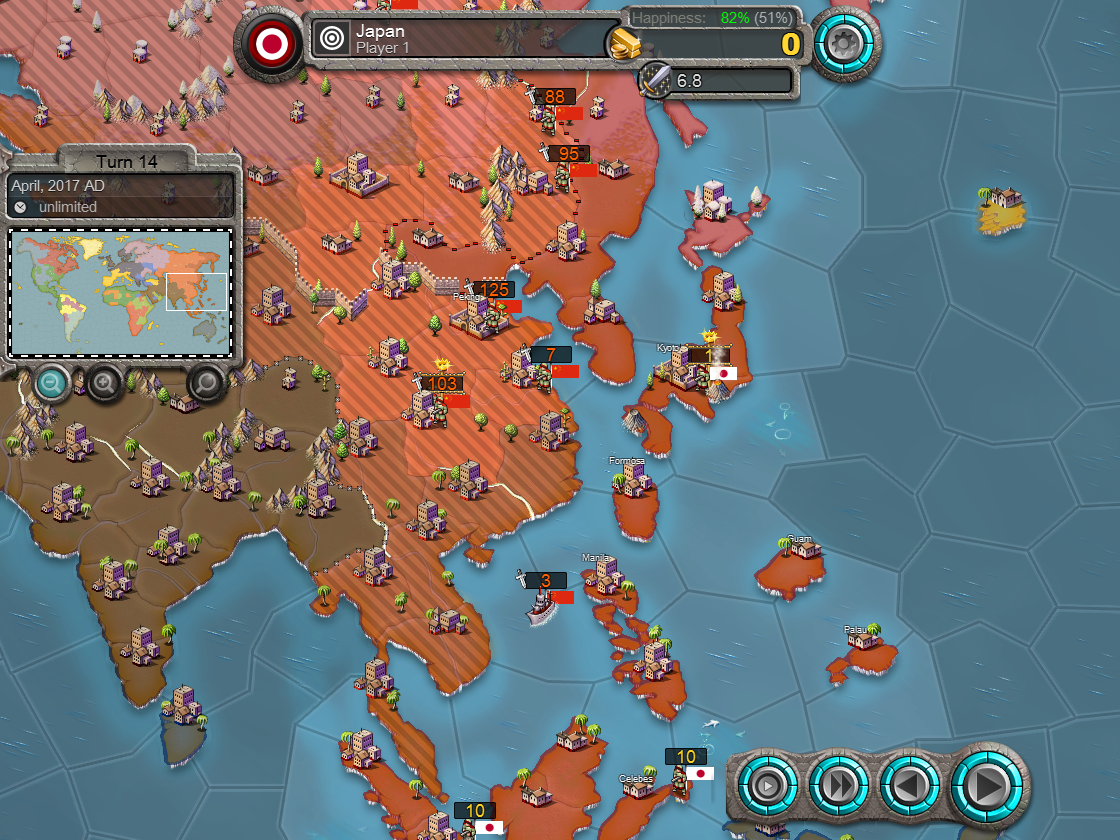 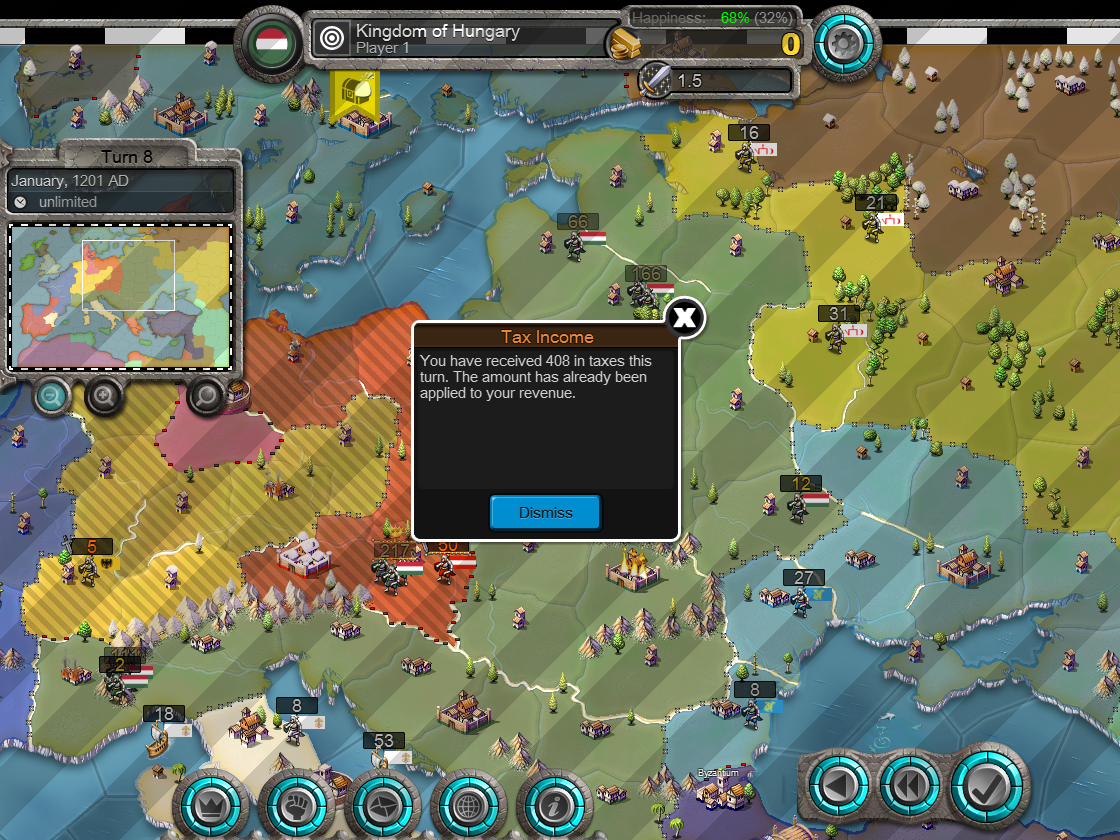 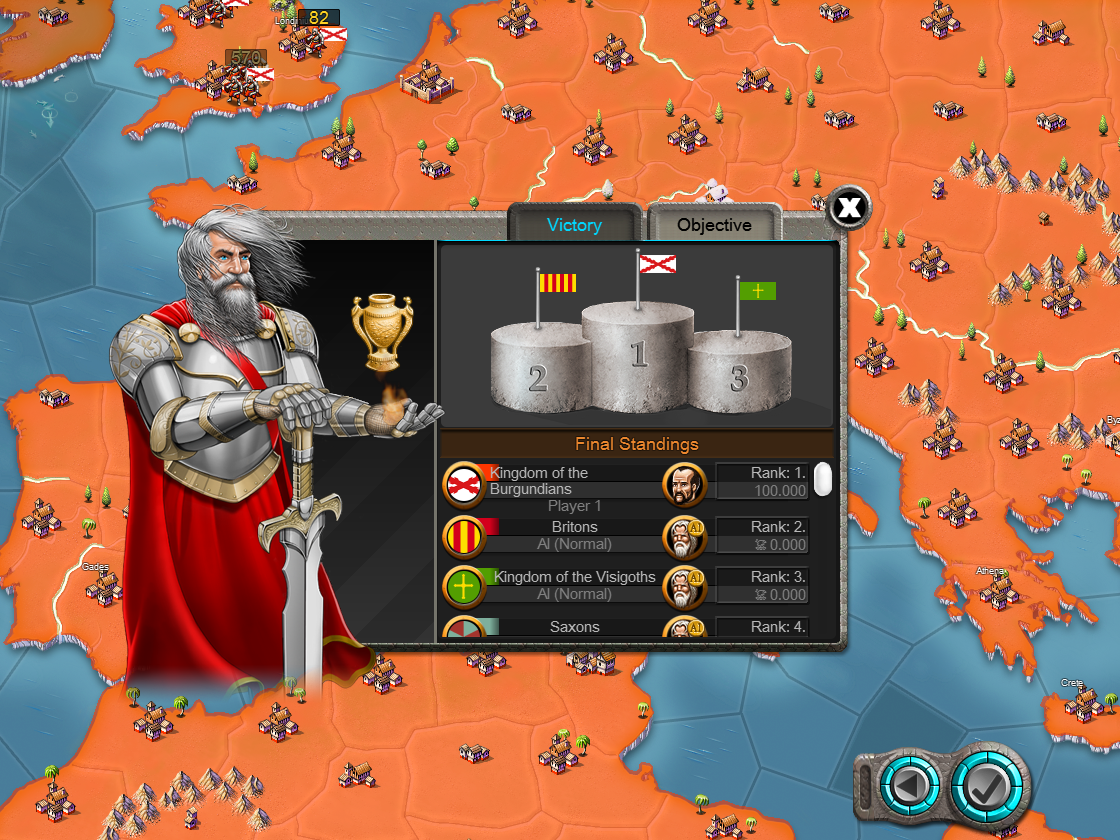 Much of this becomes obscured if one plays in Domination mode, which requires you to wrest control from every other nation on the map. In such a world making long term alliances becomes pointless. Elections can also be held as soon as you become the most powerful nation, allowing you to demand recognition or initiate an all out global war. No matter the play style though one rule remains fixed: in Age of Conquest you must expand or die.

In this the game can suffer. The accumulation of provinces becomes so key that smaller nations often do not stand any chance at all, and the larger ones can have it far too easy. About the only way to flip the tables is to capture an enemy commander, often by using your own commander as a means to bolster a meagre army. This do or die approach descends the game into a kind of strategic roguelike, especially when you are assigned a random nation.

No wonder such brutal events as the Scramble for Africa appear as scenarios. One will not learn much history from the game, but a lot of the nation and place names do show an impressive amount of research. Geography also plays a key role, with most of the maps being based on real world locations. Age of Conquest IV uses a unique funding model wherein additional maps are sold individually on top of of the free base game, using an inbuilt store.

When taken as a package this can add up to be a bit expensive, although buying the full game does grant you modding and multiplayer access with full community features. While it could be improved by making smaller nations more competitive, and by making it harder to hold onto ground, Age of Conquest IV succeeds as a lightning fast strategy title for those who want to conquer the world without the risk of it taking up an entire afternoon.

Hamish Paul Wilson is a free software developer, game critic, amateur writer, and farm labourer living in rural Alberta, Canada. He is an advocate of both DRM free Linux gaming and the free software movement alongside his other causes, and more information on him can be found at his icculus.org homepage where he lists everything he is currently involved in: http://icculus.org/~hamish
See more from me
Some you may have missed, popular articles from the last month:
The comments on this article are closed.
3 comments
Purple Library Guy 23 Dec, 2016
Actually, a quickish strategy game I can dip in and out of is just the sort of thing I'd find nice right about now. I'll look into it.
3 Likes, Who?
noblemaster 16 Feb, 2017

View PC info
Wow, you remember Aevum Obscurum! Where you a player back then? Age of Conquest is Aevum Obscurum. Just the name has changed as players had a hard time remembering it.
0 Likes

Quoting: noblemasterWow, you remember Aevum Obscurum! Where you a player back then? Age of Conquest is Aevum Obscurum. Just the name has changed as players had a hard time remembering it.

No, I am too young to have played back in the day, but I did do my research enough to know that Aevum Obscurum was what Age of Conquest originated from, and worked it into the article.

I hope you enjoyed reading it as much as I have enjoyed playing your game. :)
0 Likes
While you're here, please consider supporting GamingOnLinux on: