Yooka-Laylee confirmed to launch on April 11, 2017 with Linux support

They also have a new trailer: 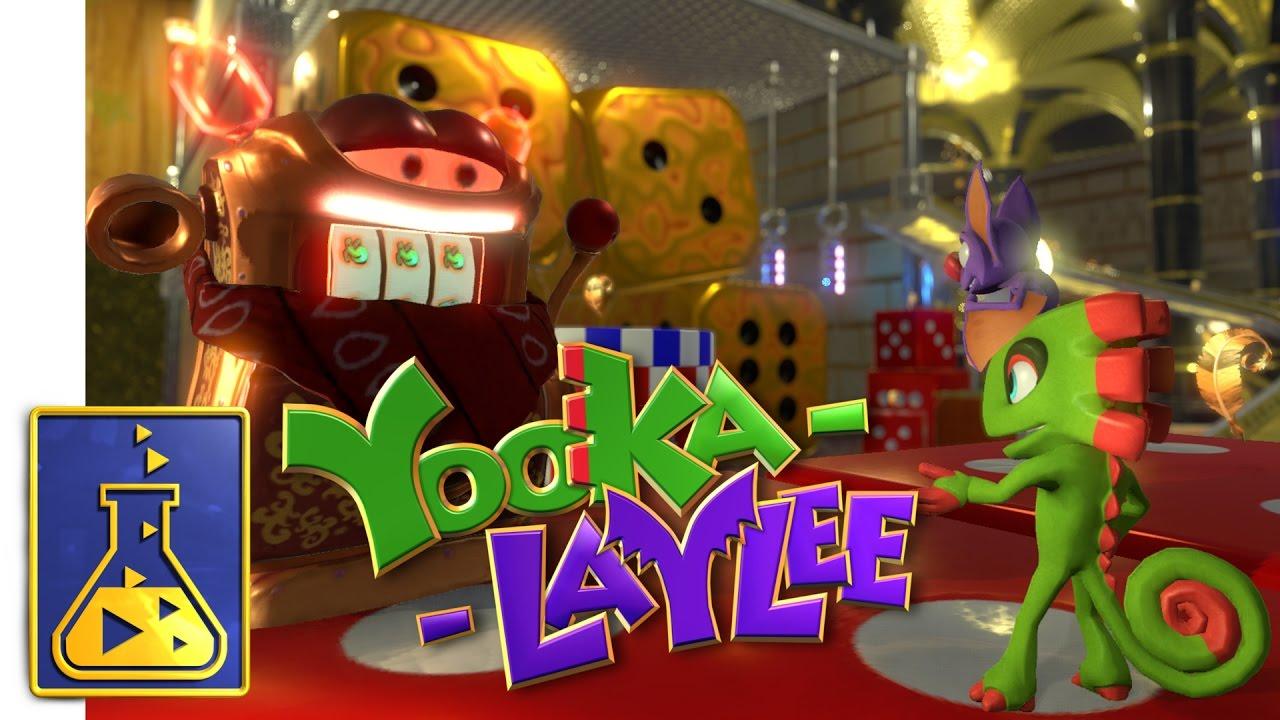 
QuoteToday we can finally confirm that Yooka-Laylee will launch on April 11, 2017 for Xbox One, PlayStation 4, PC, Mac and Linux, with pre-orders now available at £34.99 / $39.99 / €39.99 for non-Kickstarter backers in both digital and physical formats from all participating stores worldwide!

It will be available on both GOG and Steam at release, so everyone can get in on the action. I've reached out early for access, so hopefully they will be able to grant it.

I am looking forward to this, as I am sure a lot of you are too!

About the game (official)
Yooka-Laylee is an all-new open-world platformer from key creative talent behind the Banjo-Kazooie and Donkey Kong Country games. Newly-formed as Playtonic Games, the team is building a spiritual successor to its most cherished work from the past!

Across more than five vast and beautiful game worlds, Yooka and Laylee will use their arsenal of special moves to tackle a huge variety of puzzles and platforming challenges in search of Pagies, the golden bounty used to unlock – and expand – new playgrounds, each jammed to the gills with oddball characters and hulking bosses. The magical Pagies will assist the buddy-duo in their ultimate mission to thwart corporate creep Capital B and his devious scheme to absorb all of the world’s books… and convert them into pure profit. Article taken from GamingOnLinux.com.
Tags: GOG, Platformer, Steam, Upcoming | Apps: Yooka-Laylee
3 Likes
Share

View PC info
GOG had only listed the Windows version up until today where it is gone completely. I'll be happier once the Linux version is on GOG.
1 Likes, Who?

Quoteso everyone can get in on the action

Apart from Wii U owners. It's funny how similar the comment thread is to those Kickstarter updates where projects announce they're not doing a Linux version.
1 Likes, Who?

View PC info
Looks like something I'd normally get on a console.. however I'd had a soft spot for team 17 since my Amiga days so will probs get once my backlog cleared a little!
0 Likes

View PC info
great news...now being an old, obstreperous fart as myself and i know this topic was mentioned several times already in the past: 'PC, Mac and Linux' does my PC stop being a PC the moment i install Linux as my operating system? ;-)
3 Likes, Who?

View PC info
True story, what about: "Windows, Mac and Linux" instead?
2 Likes, Who?

View PC info
2 weeks before my birthday. Nice!
0 Likes
Madeanaccounttocomment 13 Dec, 2016
Price has jumped to $40? Glad I grabbed this on kickstarter at $15 then. Also glad they kept good on their linux port promise but I wasn't too worried about that part. If they were coding for games as far back as the 90's then a linux port should be an absolute walk in the park with todays toolkits. Was mostly certain going into this backing that I wasn't throwing money at some script kiddies that want one button push publishing for everything.
0 Likes