Croteam say all Serious Sam games are on their way to Linux with Vulkan, also VR on Linux teaser from Valve

Croteam have put up a very nice blog post about all their games and it seems all of them are coming to Linux now and with Vulkan too.

They start off by blabbing on about VR in Serious Sam VR: The Last Hope which we don't have yet, so I won't bore you with the details on that.

The key thing here is that they will be doing what they're calling the "Serious Sam Fusion 2017 update" which all games will get, this big update includes:
- All games now support SteamOS/Linux/OSX!
- Split-screen!
- Full support for all controllers including Steam controller, PS4 gamepads, all older DInput joysticks
- 64bit executables
- Support for Vulkan API (DirectX9 is now being removed; so long and thanks for all the bugs)
- Multithreaded rendering
- Proper multimonitor support
- Borderless window support
- Much better modding support with customizable weapons and items, improved scripting (including better support for scripting networked games)
- And More!

They also confirmed they will be doing The Talos Principle VR, SSVR: The Second Encounter and Serious Sam 3 VR: BFE. Not only that, but Serious Sam 4 is still going to happen too.

Also, as a teaser, Pierre-Loup Griffais from Valve shared this: 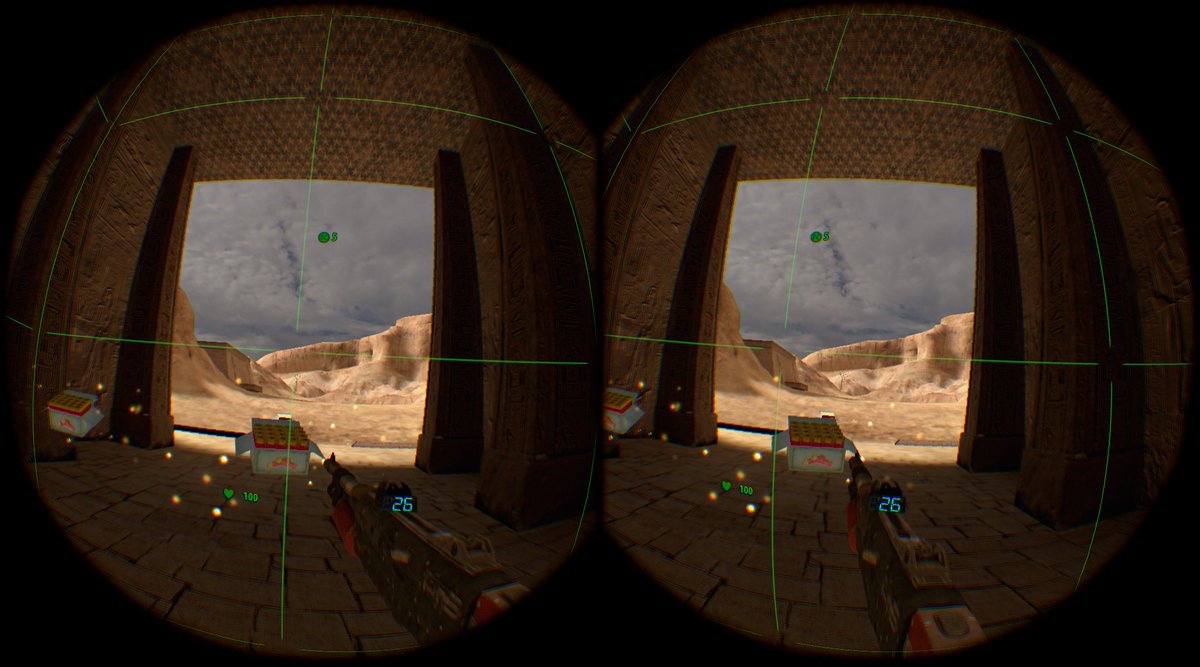 For those who can't put it together, "RADV + AMDGPU" is the open source AMD Vulkan driver for Linux.

Thanks to Malakun and Edwin in our Telegram group for the links.

We do often include affiliate links to earn us some pennies. We are currently affiliated with GOG and Humble Store. See more here.
About the author - Liam Dawe
I am the owner of GamingOnLinux. After discovering Linux back in the days of Mandrake in 2003, I constantly came back to check on the progress of Linux until Ubuntu appeared on the scene and it helped me to really love it. You can reach me easily by emailing GamingOnLinux directly.
See more from me
Some you may have missed, popular articles from the last month:
The comments on this article are closed.
39 comments
Page: 1/4»
Aryvandaar 8 Feb, 2017

View PC info
I have a lot of respect for these guys.
18 Likes, Who?

titi 8 Feb, 2017
View PC info
Wow its really amazing how they care even for their old games! Lets hope this dream comes true.
8 Likes, Who?

The first five things on the list are really incredible. Lighter save games stored in Steam Cloud sounds nice too. I can't wait to see the benchmarks for these games. I may have to pick them up for split-screen.

We better hope Valve gets VR on Linux, or these revamped Serious Sam games may be the last we ever see of Croteam. :S:

View PC info
I was just waiting for the old Serious Sam, hopefully for all Unreal Tournament (by Epic Games) natively on SteamOS (work already done by Icculus but is not yet on Steam).
4 Likes, Who?

View PC info
Croteam FTW! They were the firs to start testing Vulkan in their game also and its now pretty solid and i'm getting huge performance gains with vulkan in Talos, almost 2x perf vs opengl

Quoting: XpanderCroteam FTW! They were the firs to start testing Vulkan in their game also and its now pretty solid and i'm getting huge performance gains with vulkan in Talos, almost 2x perf vs opengl

Similar here, but I get some random crashes on Vulkan while reading messages in terminals. I wonder if it’s nVidia driver’s fault or Talos Vulkan bug – because of that I play mostly on OpenGL.

Still, they do a very great job.
0 Likes

View PC info
I'm actually not interested in any of there games but I do respect their work and I'm happy they adopted Vulkan and VR really early on under Linux!
0 Likes

View PC info
I loved Serious Sam 3 BFG. I have a few friends who still playing Serious Sam 1 online it would be nice to join them soon.
0 Likes

View PC info
Nice, I had fun time playing Serious Sam. I will try them again.
0 Likes
1/4»
While you're here, please consider supporting GamingOnLinux on: