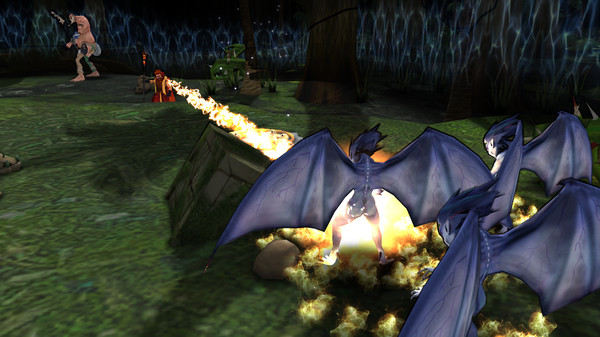 Warhammer: Arcane Magic [Steam], a digital board-game from Turbo Tape Games is showing signs that it will add Linux support.

The reviews on it are a bit troubling since it's a mix of good and bad, with the worst calling it "This is a real abomination of a game". Hopefully if it launches on Linux we can give it a go and tell you if they're right or not.

Popping up on SteamDB today was this:

About the game
Warhammer: Arcane Magic is a turn-based tactical digital boardgame that will challenge even the most veteran gamers. Made by the independent Norwegian developer "Turbo Tape Games", our game development history has roots from the very beginning of PC gaming.

Arcane Magic is set in the Warhammer Fantasy Battles world, and will see you journey through legendary Warhammer locations as you assemble wizards, spells and artefacts. You have a maximum of three wizards you can bring into play, and for each of these you decide which spells and scrolls to bring based on their school of magic. Each campaign consists of eight levels, and each campaign rewards you with a new wizard.

Will you pick it up? Article taken from GamingOnLinux.com.
Tags: Board Game, Steam, Strategy, Upcoming
2 Likes , Who?
Share

Games like this sounds up to me pre-paid and pay2win.
0 Likes

View PC info
It's super ugly... I don't care about engines, pixels and all, but the choices of color, UI, models... all are tasteless. Maybe the game is good, i don't know, but the skin is really not attractive.
0 Likes

View PC info
Indeed, it looks bad. So ... let's carry on.
0 Likes
While you're here, please consider supporting GamingOnLinux on: