The Battlefield-like single player FPS 'Ravenfield' will have a paid version; a Steam Greenlight page is now live 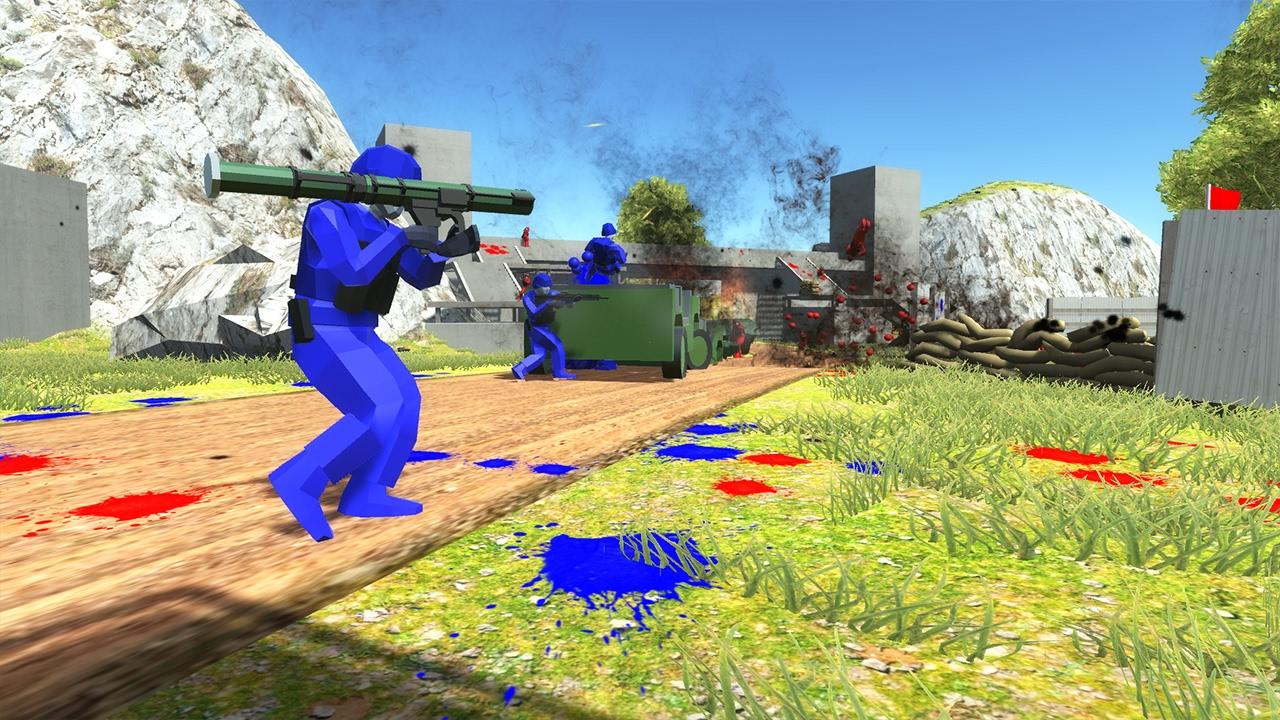 YouTube videos require cookies, you must accept their cookies to view. View cookie preferences.
Accept Cookies & Show   Direct Link
Shortly after announcing the milestone of one million downloads on December 12th, 2016, the single developer of Ravenfield revealed that a paid version of the game is being prepared, and as of a few days ago, the Steam Greenlight page is now live.

All this information was additionally announced on the FAQ page of their Discord channel, where you can also read about incoming implementations, including a map editor. Though one specific feature that was historically requested by a lot of people, which is multiplayer support, apparently is never going to happen, as you can see in the following screenshot (check the first question):

In the mean time, you can find already the fifth beta of the game on itch.io and GameJolt. This is the last changelog:

What do you think about this decision? Are you interested in a full commercial version of the game?

About the game (Official)
Walk upon the Ravenfield with your BLUE allies! Take down those pesky REDs using aircraft, cars, tanks, guns, and active ragdoll physics!

Ravenfield is a singleplayer only game, designed to be easy to play and rewarding for all skill levels.

Key Features
- Easy-to-pickup, singleplayer mayhem
- Fight as infantry, or in ground vehicles, aircraft, or watercraft
- The number of combatants is only limited by what your computer can handle!
- Damaged soldiers drop blood splats, indicating where battles have taken place
- Issue commands to your AI teammates*
- Campaign mode* (NOTE: Bold emphasis is mine)
- Custom map support*
- Create your own weapons and vehicles*
- Steam Workshop integration*

* These features are under development and will become available at a later stage. (...)

Campaign Mode
The campaign mode pits two teams against each other in a war spanning several maps. On top of fighting individual battles on the ground, the player will also control army movements from their control room.

The teams strive to capture maps and their resources in order to mobilize and upgrade their respective armies. Ensure your victory by capturing the other team's headquarters!

View PC info
I enjoy the previous versions on Itch.io but I would only buy it if there is multiplayer support.
3 Likes, Who?

View PC info
Its a fun game, if he prices it at £6.99 or less i can see it doing really well on steam. Would also LOVE to see some multiplayer on this game! maybe the steam monies will fund the development :)
0 Likes

View PC info
I like that it is coming to Steam but i am not sure whether i will pick this up as long it doesn't have multiplayer.
1 Likes, Who?

View PC info
To hell with multiplayer, everything is multiplayer. I don't have Internet at home, so I'd rather they focused on better AI and features. Also, I've been following this game since the first article. I absolutely love it. Can't wait to see what features we get next.
2 Likes, Who?
lagh 6 Feb, 2017

considering the amount of hours I've already piled up with this game...
I'm most certainly happy to pay the man for his work.
0 Likes

View PC info
Battlefield is ALL about multiplayer. It simply can't be "Battlefield-like" without it. Secondly, battlefield is about cutting edge graphics and effects. This... Not so much. What's the similarity? The first person perspective? That you hold a gun and shoot stuff?

Quoting: chuzzle44To hell with multiplayer, everything is multiplayer.

While agree with you there to some extent and much prefer playing a good single player game over multiplayer games, this game simply screams for multiplayer. Really, it is like a simplified Bad Company 2 without destructible environment and stuff. But it is a team vs. team FPS and frankly, playing against bots gets dull fairly quickly in my opinion because there simply isn't anything else to do in this game than shooting stuff.

It is a fun game though and I really enjoy playing it from time to time.
0 Likes
-Daniel-Palacio- 8 Feb, 2017

Quoting: BeamboomBattlefield is ALL about multiplayer. It simply can't be "Battlefield-like" without it. Secondly, battlefield is about cutting edge graphics and effects. This... Not so much. What's the similarity? The first person perspective? That you hold a gun and shoot stuff?

The term serves to give you a general idea about how the game is (war setting, large maps, teamwork and use of vehicles) otherwise the title of the article would be extremely long. It's like when the "rogue-like" description is used. Though if you think another kind of description would be more accurate feel free to share it; of course it has to be as short as possible.
0 Likes

View PC info
My first attempt, i played 2-3 hours before i new i was playing offline, haha... I was sure i was playing against other players, but then i noticed they where not talking...
0 Likes
While you're here, please consider supporting GamingOnLinux on: