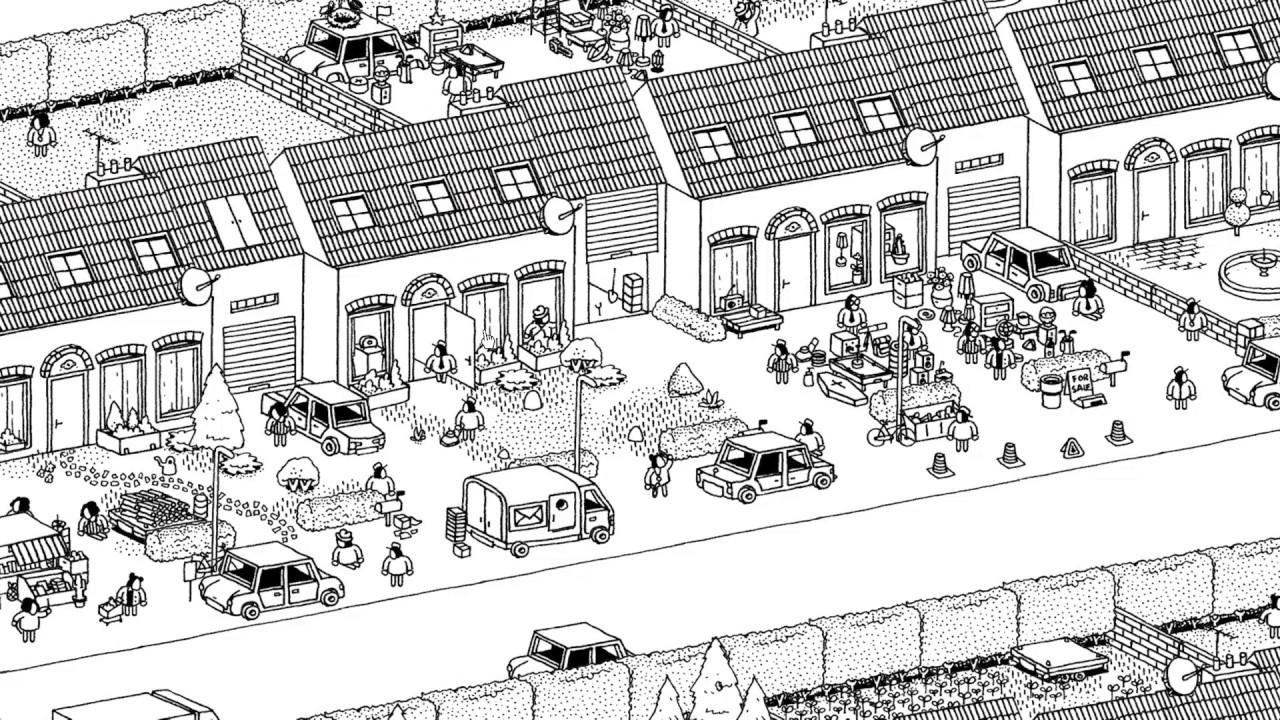 YouTube videos require cookies, you must accept their cookies to view. View cookie preferences.
Accept Cookies & Show   Direct Link
You're essentially looking for set characters or objects on an animated map. You will cut bushes, poke and prod various characters as they make funny noises and make monkeys fall from trees. I've enjoyed it quite a lot, but it's not as easy as it may seem. I do like the fact that I don't have to find every single character or item to progress to the next level, this helps alleviate frustration.

You can click on the character or object in the list at the bottom of the screen and it will give you a small riddle to help you find them. Some of them are a little cryptic, but also slightly amusing too. You can click literally anywhere and on anything without any penalties, which makes the game so relaxing, since you're not punished for picking incorrectly. It's all about your focus and how well you can pick out these characters and object from everything else going on.

It has three different colour modes if you find the black on white too harsh on your eyes. You can invert the black and white (to have a black background) and also have a sepia mode, if either makes it a better experience.

What truly makes me laugh and appreciate it, is that all the sound effects were made by adults with their mouths. The high pitched "bibibibi" in particular is hilarious once you know this. The more I played, the more I giggled at their sound effects, just picturing these grown adults making silly noises with their mouth and have it turn out so well.

The levels range from massive camp sites, to tiny zoomed-in mini-levels and it's an all around polished experience. One level was almost lemmings-like with you helping a little person cross the map, which I wish there was more of with a slightly increased difficulty as that would have been even more fun.

A good game for both adults and kids for sure. A great take on a classic kids picture book in modern form.

The only single let down is that there amount of sound effects and animations are limited per level.

Try it out for sure and tell me what you think! Article taken from GamingOnLinux.com.
Tags: Casual, Hidden Object, Indie Game, Review, Steam | Apps: Hidden Folks
4 Likes
Share

View PC info
It's incredibly cool and fun, but short (2 to 3 hours currently, with more content to come in future update). Overall, a worthy purchase, I had great time playing through this one :)
1 Likes, Who?

View PC info
Already on my wishlist - I gotta get this for my daughters.

Quoting: GuestIs there an option to make the background not white?

Yes, from the article:


Quoting: meIt has three different colour modes if you find the black on white too harsh on your eyes. You can invert the black and white (to have a black background) and also have a sepia mode, if either makes it a better experience.

View PC info
I love the black and white. Since I discovered Redshift a few months ago, I can't stop staring at the white on my screen, as I find the color temperature of 3100k to be very pleasing to my eyes. Gonna get this just to gaze at.
0 Likes

View PC info
This looks sooo cool! I'm getting it soon, kids are gonna love it. Thanx Liam for bringing this up.
0 Likes
While you're here, please consider supporting GamingOnLinux on: