Hyperspace Dogfights [Official Site] sounds really fun and it's starting to look really good too. The developer sent across the new teaser trailer along with some more information on their air brawling and a roguelike mix. 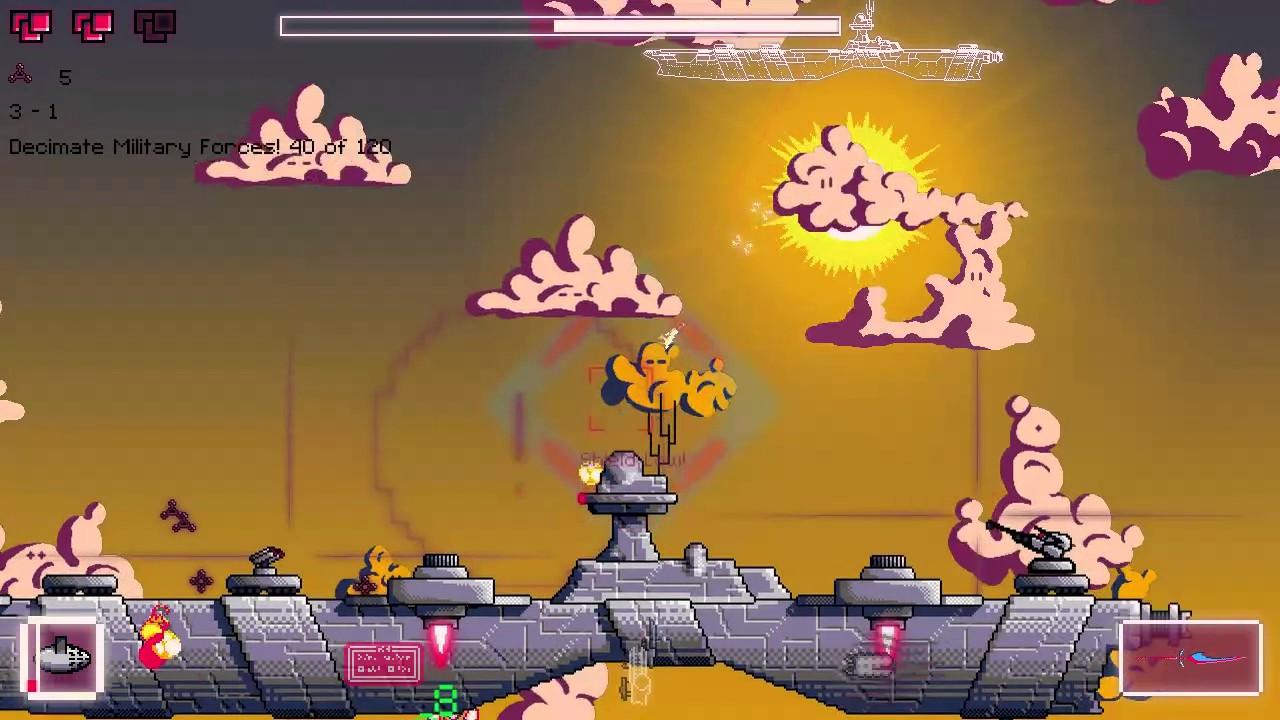 YouTube videos require cookies, you must accept their cookies to view. View cookie preferences.
Accept Cookies & Show   Direct Link
About Hyperspace Dogfights
Hyperspace Dogfights or "HDog" is an air brawler rogue-like-like-like in which you blast, dodge and slice your way through waves of technologically inferior enemies, in front of a never-ending nova sunset. As the game progresses, your adaptive hyper-jet evolves into something stronger and weirder, by gathering some of the hundreds of items available in the game.

It does sound like it could be damn fun! The visuals are nice, the combat looks manic and challenging and I'm really loving what I see here. The important question is: What do you think? Let me know in the comments.

Press release in the spoiler below for those interested in extras:

Hyperspace Dogfights' “Ace Access” payed-alpha program will make the game's in-development builds available to a limited few (approximately 100 copies sold each month), allowing them to play and sample the game before anyone else, while at the same time keeping the amount of feedback manageable for the developers. Ace Access users buy the game at a reduced price and will get continuous updates each month, gaining access to all future builds that will get released, as well as to private forums on itch.

Sleeper Games selected itch.io as their initial distribution platform mainly because it allows limiting the amount of early access copies that are sold. Lead designer Stefan Widany commented: “We did closed alpha testing for a month and that was very manageable. Now we need broader feedback, but we also want make sure that we can continue to individually engage with the people that buy our game. So itch is the way to go, since it's refinery options looks great in regard to early access developer tools.”
Thanks to Stefan Widany for letting us know! Article taken from GamingOnLinux.com.
Tags: Action, Press Release, Roguelike, Teaser, Upcoming
0 Likes
We do often include affiliate links to earn us some pennies. We are currently affiliated with GOG, Humble Store and Paradox Interactive. See more here.
About the author - Liam Dawe

View PC info
The art is refreshingly adorable, but the jaded gamer in my brain has already walked away mumbling about "...another 2D flying shooty thing." (He burned out on the genre in 1983 around his 1,500th hour of Asteroids on the Atari 2600, so his opinion on these matters bears little objectivity.)

I'm sure it's a very nice game made by lovely people from upstanding families and, for those who are keen on such things, worth looking forward to.

View PC info
Is this done by the same people who did Luftrausers? It looks and feels damn close...just with a lot more content added to it. In fairness, Luftrausers is a pretty fun little game.
0 Likes

Quoting: KyrottimusIs this done by the same people who did Luftrausers? It looks and feels damn close...just with a lot more content added to it. In fairness, Luftrausers is a pretty fun little game.