By Liam Dawe - 24 April 2017 at 2:45 pm UTC | Views: 7,707
Project Zomboid [Steam, GOG, Official Site], the sandbox Zombie survival game that can be played in single-player and multi-player has another major version bump. 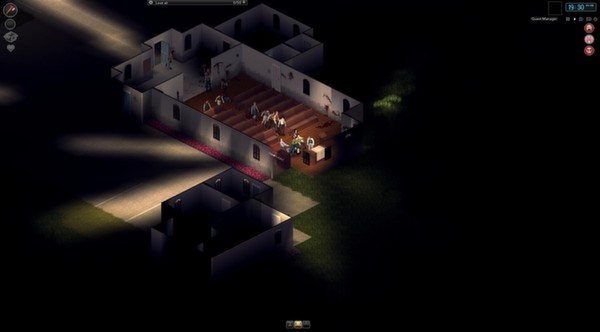 One of the most useful changes in this patch is the ability to now toggle if you walk or run.

They also improved the UI for Microwaves, with a completely new UI for interacting with them. They also implemented metal possibly causing a fire in a Microwave, so stay safe!

You can now find maps as loot, which cover Muldraugh, West Point, Rosewood and March Ridge. You can write on them and share your annotated maps with other players, which is awesome.

There's also a rather large list of bugs fixed, making it a much more pleasing experience. You can find the full update notes here.

It's been in Early Access for a long time, but it's one of those games that has improved constantly over time so they're really making the best of it. The game has changed so much in the past year if you've been away from it for some time, you might find it's radically different. Article taken from GamingOnLinux.com.
Tags: Early Access, GOG, Sandbox, Steam, Survival, Zombies | Apps: Project Zomboid
1 Likes
Share

View PC info
I want to try this but some of the reviews on steam have me worried for the direction the project is going in.
Will hold out and see for a full release.
0 Likes

View PC info
GREAT game. I played it a few years ago and I loved it.

Unfortunately I don't have anyone to play it with, not anymore... none of my friends play this game.
Also playing on a random server isn't my cup of tea...

Quoting: ttyborg@liamdawe Have you considered to setup a GOL Zomboid server?

Quoting: ttyborg@liamdawe Have you considered to setup a GOL Zomboid server?

If there's enough interest, it might be possible. Would need more than two votes for it though.
0 Likes

View PC info
I still play it occasionally, but I found playing on public servers was a letdown; everything is looted and the infection is advanced.

A ton of respect for the devs and how active they are, and I know there are bigger changes in the works (the animations update), but it's hard to believe "updated microwave UI" should be the focus over the actual gameplay UI, which is clunky, and tweaking the mechanics (like how you have to nail about a billion windows shut before you get carpentry up, which is important lategame). Great they're squashing bugs though.
0 Likes
While you're here, please consider supporting GamingOnLinux on: