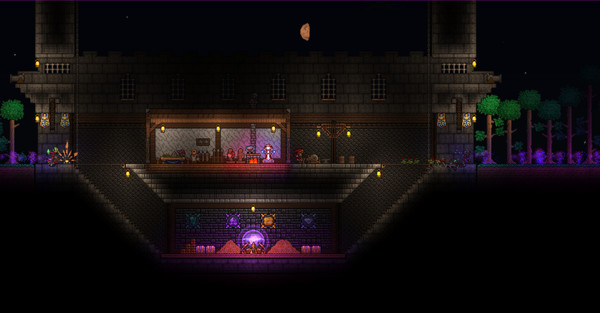 A big Terraria [Steam, GOG] update has landed and it looks like the developers spent a lot of time getting this right. It includes lots of really useful stuff.

They've also made the experience nicer for players using a resolution higher than 1080p, with Zoom and UI scale sliders which should help a lot. I remember trying it at 4K and everything was impossibly tiny, now it should be fully playable.

Linux (along with Mac) also got a special mention for getting increased stability with this update!

They've also expanded furniture sets, notably the Crystal set. And on top of that the usual assortment of bugs have been squashed, with a Linux world generation crash bug being noteworthy for us.

View PC info
I'd be curios if they ever add a dungeon in the Ocean biome.
Also mods working on Linux would be even better , Tremor and Thorium have a tone of content and are compatible with each other (or they were when I tried them)
0 Likes
Zaxth 19 Apr, 2017
Mods have worked on Linux for as long as tloader have had a Linux version.
1 Likes, Who?
Jawa_vodka 19 Apr, 2017
Tmodloader still has some loading issues but is getting better every update , the new version does need to wait till a new tmodloader gets made that works with it
0 Likes
While you're here, please consider supporting GamingOnLinux on: