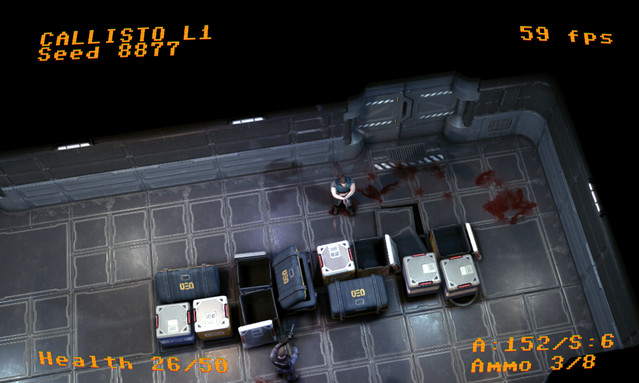 Jupiter Hell, a project I personally backed is really showing how to do a Kickstarter properly in terms of Linux support and open communication.

I backed the project since the developer has previous experience developing games in the open and supporting Linux with them. They were very friendly when questioned too and to top it off the game sounded awesome.

To my surprise I got a nice email with an update about their development (you can read it here in full):


QuoteWe also have a new programmer on the team. We’ve been getting him up to speed with the code and the engine, and he has already finished his first major project - porting the engine to Linux. We now have Linux support for the game integrated, and the pre-alpha is available for both Windows and Linux (64-bit only though!)

Get in early, test Linux support, port what's needed. Good going guys! In a sea of news about Linux versions being delayed, this was a real delight to read.

You can continue to back their development of Jupiter Hell on the official website.

About the game
Jupiter Hell is a roguelike set in a 90's flavored sci-fi universe. Set on the moons of Jupiter, the game pits a lone space marine against overwhelming demonic forces. Rip and tear zombies, demons and unmentionable monstrosities, using classic weaponry, including (but not limited to!) shotguns, chainguns, railguns and the trusty chainsaw. All to the shine of CRT monitors and the tune of heavy metal!

Dive deep into a true form of the 30 year old roguelike game genre that has resurged in popularity. Experience turn-based, grid-based permadeath and fully procedural levels, all in glorious 3D visuals. Get ready for the spiritual successor to DoomRL, the parody roguelike that years ago streamlined the traditional format and popularised a new wave of accessible roguelikes. Distilled, hardcore gameplay, fast-paced challenge and limitless death all await. Article taken from GamingOnLinux.com.
Tags: Crowdfunding
16 Likes
Share

View PC info
Glad I backed it. However not at the alpha test tier so will have to wait until EA but that's fine. =)
0 Likes

View PC info
This thing makes me curios. I don;t like roguelikes , but this one may be worth a go.
0 Likes

Micha, How did you get that "Game Dev" tag?
0 Likes

Micha, How did you get that "Game Dev" tag?

Liam offered it after he found out I'm a coder working on Albion Online.
0 Likes

View PC info
I wish I had backed this one... Well, you can never know, my apologies to the dev team. I will probably buy it on release.

Speaking about badges, I have been thinking about implementing some groups in the GOL website (I haven't looked at the code yet). One could imagine a group per studio, within a "Game dev" group, or something similar. The idea being to add a tooltip to the badge, indicating what game the dev is working on. And maybe a nice place for a studio showcase (Feral: who we are, or similar). Would you be open to such a thing, Liam?
1 Likes, Who?

Quoting: M@yeulCI wish I had backed this one... Well, you can never know, my apologies to the dev team. I will probably buy it on release.

STiAT 13 Apr, 2017
View PC info
Certainly not my kind of game. Will probably give it a shot anyway when released, got some indie titles surprising me with engaging gameplay.
0 Likes
Zlopez 13 Apr, 2017

I'm proud to be a backer of this project. It turns out it was good investment.
0 Likes

SilverCode 13 Apr, 2017
View PC info
It is also worth noting the main Engine Dev also does regular Twitch streams of him developing Jupiter Hell. His Twitch username is EpyonCF (https://www.twitch.tv/epyoncf). I find this really adds to the credibility of a kickstarter project as it becomes very transparent about progress.
0 Likes
While you're here, please consider supporting GamingOnLinux on: