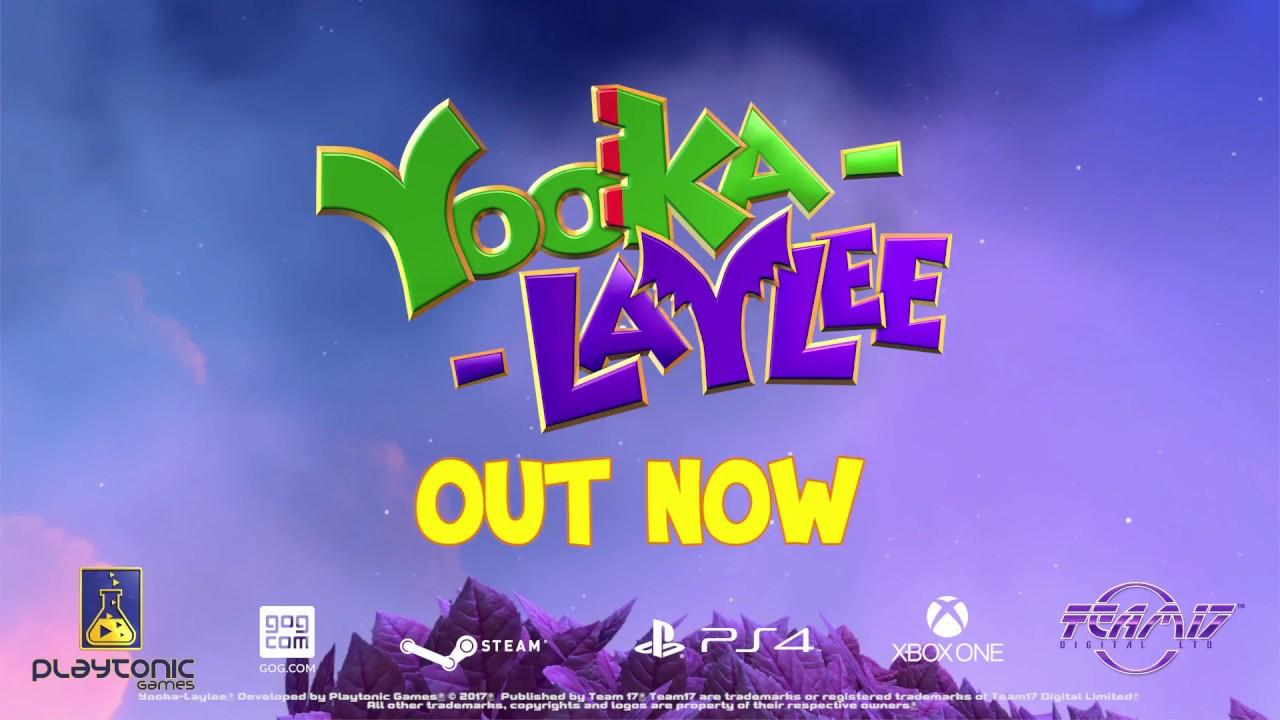 Yooka-Laylee is the 3D platformer throwback to games like Banjo-Kazooie that was funded thanks to Kickstarter back in 2015. It's actually made by some of the original team from game developer Rare, who created some really great games.

I can confirm that it does seem to work fine on Linux and I haven't encountered any obvious issues so far. I tested it with the Steam Controller with the SC Controller driver/UI and apart from the mouse pointer staying on the screen it felt really great.

You're initially greeted with what seems like an unskippable cut-scene, nothing I pressed could move me through it any quicker or skip it at all. The characters aren't voiced, so instead they just make babbling noises in place of real words as the speech bubbles fill the screen. Thankfully, general in-game speech can be sped up and skipped, just not cut-scenes it seems.

The evil "Capital B" has stolen all the books, including one of yours. The pages of your book fly out and spread themselves across the lands. The majority of the game seems like it revolves around collecting pages from the book to progress to each new section. To unlock new worlds, you need to collect pages, or "Pagies", which allow you to unlock Tomes. These Tomes can be expanded to make their worlds bigger by spending additional Pagies on them.

It certainly seems like an exciting 3D platformer, with vibrant colours, a big world to explore and so far I've had zero issues with it.

Expect some more thorough thoughts when I've had time to play, since I did not get any advance on this. So far, so good. It seems like a game that would have fit perfectly on the Nintendo 64 and I'm loving it. Article taken from GamingOnLinux.com.
Tags: Adventure, GOG, Initial Thoughts, Platformer, Steam | Apps: Yooka-Laylee
12 Likes
Share

View PC info
buying now :) my 9yo and 6yo have been screaming for this.
2 Likes, Who?

View PC info
I have been really looking forward to this game!

I love 3d platformers and considering the lack of native LEGO games on Linux I really love the fact that this game has day 1 Linux support.

This is definitely going to be a buy for me as soon as possible!
3 Likes, Who?

Quoting: Naibbuying now :) my 9yo and 6yo have been screaming for this.

Let me know how they like it, my kids are currently suffering from a behavior related 'new game' embargo. But once that's over they is could be a definitive candidate
6 Likes, Who?

View PC info
Cute. Cool to see such a kid compatible game. The artwork reminds me of a certain company. ;)
1 Likes, Who?

View PC info
That trailer looks nothing like the videos on Steam, with a real 3D world?
0 Likes

Quoting: BeamboomThat trailer looks nothing like the videos on Steam, with a real 3D world?

It says "multiplayer trailer". Probably not the best one to dhow off the game.
0 Likes

Quoting: BeamboomThat trailer looks nothing like the videos on Steam, with a real 3D world?

Edit: Found it, was on the publisher's Youtube not theirs, have changed the video now.

The "voice acting" is utterly horrible. It's like having Microsoft Sam narrating your story, only that he speaks only gibberish. And I cant find a way to skip cut scenes :(
0 Likes

Quoting: liamdaweEdit: Found it, was on the publisher's Youtube not theirs, have changed the video now.

Now that's more like it. :)
It looks like great fun, remind me a lot of Jack and Daxter, and that can only be a Good Thing.

I'm just curious, is the local coop feature for the main storyline, or just the stuff we saw in the multiplayer trailer?

EDIT: It seems there is a coop feature following the main character, albeit not really a full coop but rather that you control something (unclear what) that can help/assist the main player.
Still sounds like something I can play with my daughter - so this will be a purchase!

syxbit 11 Apr, 2017
View PC info
I kickstarted this. I originally paid for a Steam key, but then switched for a PS4 key. Mostly because Unity has a bad reputation on Linux, because I figured this sort of game was best played on a console/TV, and because I prefer my PS4 controller over my Steam controller.
I'm starting to regret my decision. Maybe I'll pick it up for cheap in a future Humble Bundle.
0 Likes
1/4»
While you're here, please consider supporting GamingOnLinux on: