By Liam Dawe - 19 May 2017 at 2:32 pm UTC | Views: 7,486
Post Human W.A.R [Steam, Official Site] is a turn-based, tactical and psychological strategy game set in an absurd and original post-apocalyptic world. According to the developer, they may do a Linux version if enough people ask. 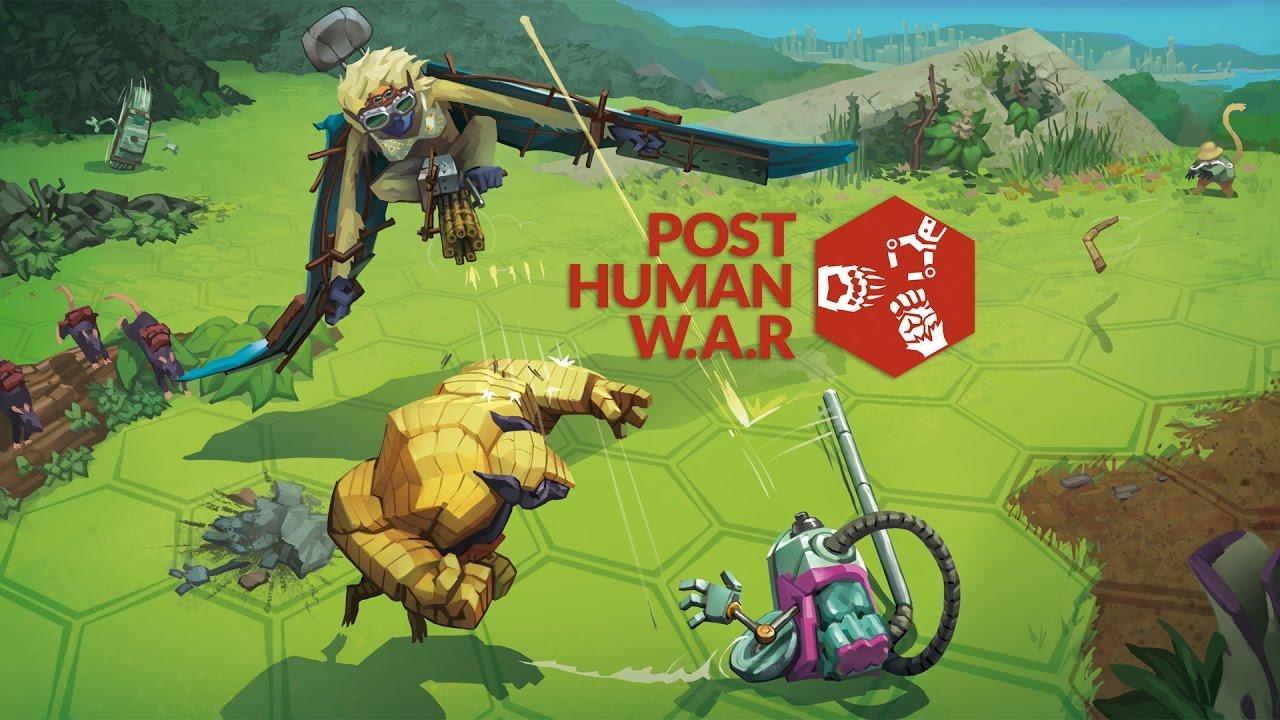 Well, for now we have no plan on putting the game on linux. But if many people ask for it, we might change our mind!

You might think it doesn't sound like much, but we've actually seen quite a few games only come to Linux due to developers seeing how many people want it. It doesn't always happen, but I think it's important to highlight, especially when it looks like my type of game too.

At the dawn of our third millennium, mankind went extinct, leaving behind a deeply affected planet Earth. Ferocious mutated animals, household robots converted for warfare, and inventive monkeys in tracksuits battle it out to decide the fate of the human heritage.

Form your armies and set off on an adventure through solo campaigns, or face off against players online! Experience a purely strategy-oriented gameplay with nothing left to chance, and filled with tactical challenges, bluffs and absurd humor.

View PC info
I do not understand the aversion towards asking for something that you want.

This is the first time since my switch to Linux that I am starting to see the "toxic elitism" that Windows users always accuse us of exhibiting. Shame on you. If you don't want the game, ignore it. If you do, saying so won't hurt anything.

Quoting: LeopardThan tell me Liam , what is "enough" term to them?

Whatever they need it to be. It will be different for every developer.

Quoting: LeopardWe are tiny, yes. But not for to beg for indie developer for Linux version.

Seriously, shut up calling it begging.


Quoting: LeopardI'm all okay for begging AAA games or similar huge games but if we start to hear enough request word from every developer , that won't be a good thing.

So to you, only AAA developers should be asked to make a port? Because who cares about great indie games right?

Quoting: LeopardLiam; if we let this thing going on. Every little to big developers will expect the same : Lick our ass for port of this game,maybe we can port it.

Seriously you have a terrible attitude.


Quoting: LeopardC'mon , nobody requested or at least with enough request nonsense; for DoW 3 and Shogun 2 (which they are huge) yet they're coming.

Because that is Feral's business model.


Quoting: LeopardYou can act like they're all equal but everything has a price and quality. So i won't beg for a non Aaa or non unique game.

Then don't, like I said. There's no need for such an elitist attitude.


QuoteSo to you, only AAA developers should be asked to make a port? Because who cares about great indie games right?

Check again my comment. I said AAA games or unique games. This game is not one of them.

If we don't be elitist , i'm afraid we can't get anymore users. So what am i doing that?

If we can grow (at least 1 percent) then i don't care but for growing we need much more top notch games. That is attracting people.
0 Likes

Quoting: ExpalphalogI do not understand the aversion towards asking for something that you want.

This is the first time since my switch to Linux that I am starting to see the "toxic elitism" that Windows users always accuse us of exhibiting. Shame on you. If you don't want the game, ignore it. If you do, saying so won't hurt anything.

It's not elitism. Of course there is interest in games for Linux. It's a silly question, that's all.
1 Likes, Who?

ShabbyX 19 May, 2017
View PC info
Something developers miss is that supporting other platforms (Linux included) doesn't always generate revenue proportional to the sales they make on that particular platform. There are numerous games that I bought on Linux, liked it and recommended to others who bought it (on windows), or bought it (again, on windows) so we can play together. Those people in turn encourage others to buy the game, which likely would again be on windows.

So even though the sale on Linux looks small, it helps increase the sale on windows as well.
0 Likes

Quoting: LeopardIf we can grow (at least 1 percent) then i don't care but for growing we need much more top notch games. That is attracting people.

I agree with this part, and at same time, i mostly play "small indi games". So, sure, port AAA games to gather money, and port smaller ones too, to gather me and my kind.
1 Likes, Who?
schilljo 23 May, 2017

Hi there !
A Linux version would be great indeed :)
For what it's worth, the game runs perfectly with Wine. And it's pretty fun actually. It's just too bad there is still not a lot of people to play with... but I'm sure it will get better when all of the Linux community gets there... :p

More seriously, concerning the development of the game for Linux, I don't know what it represents but I can only imagine it's a lot of work. For a small team (with only 1 programmer apparently) who launches its first game... I don't wanna talk for them, but it's understandable that the Linux version was not a priority.

QuoteWell, for now we have no plan on putting the game on linux. But if many people ask for it, we might change our mind!