The developer of EVERSPACE makes it clear it's not just NVIDIA problems holding the port up, making progress 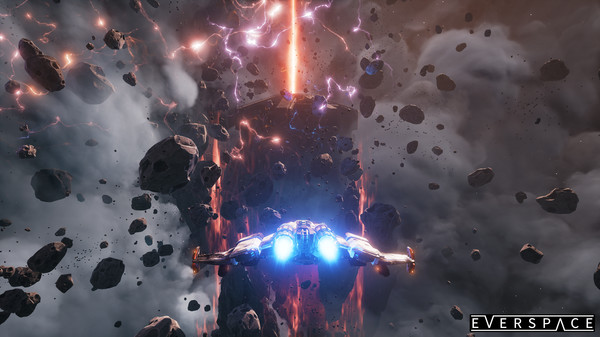 EVERSPACE [GOG, Steam, Official Site] is still coming to Linux and the developer has made it clear that it's not just problems with NVIDIA holding the Linux port back. They also made a little progress.

I noticed in the last article people seemed confused, thinking it was only NVIDIA driver bugs causing issues. I knew it wasn't the only problem, considering they did specifically mention other issues: "In the meantime we are working on the other remaining issues".

Now they have posted again on Steam to re-confirm it's not just NVIDIA holding them up, and that progress has been made on one issue:


QuoteYes, we tested on AMD as well. This specific problem does not occur there - however other problems do that don't on NVIDIA - does not make things easier, it requires some patience but I'm sure we'll find workarounds that work for both.

Progress was made with the steam integration by the way - achievements are unlocking.

It really is fantastic to see them keep up the communication, awesome stuff. I'm really sad they are having so many problems, but hopefully it will all be sorted soon. The problems are driver issues and clearly issues with Unreal Engine 4 (which they talk about before, mouse issues and so on) and also Steam integration.

Definitely picking this up when it releases. Not only because it looks damn good, but they do honestly seem very determined to get the Linux version out. I think they seem like a studio worth supporting. Article taken from GamingOnLinux.com.
Tags: Action, Steam, Upcoming | Apps: EVERSPACE
20 Likes , Who?
Share

View PC info
It's pretty cool that they make the effort to communicate with us. This is why I posted about the driver update - they seemed to tell me that's all they were waiting for... Ok i'll look up how to do images at some point on this forum!

Quoting: musojon74Ok i'll look up how to do images at some point on this forum!

Just use the img bbcode tag, instead of plain html:
![](http://www.jonmusic.co.uk/gol_images/everspace_nvidia.png)

BTT: I hope Rockfish can release the Linux version of Everspace soon, and they'll also support VR on Linux when it hits.

The communication with the Linux community improved recently, before it was difficult to get informations about the progress on Linux. They planned to have a Linux build up for beta back then. That's particularly sad, as I'm even an alpha backer.

They were able to have the macOS build ready pretty early using Apple's Metal API, maybe it would all have gone better for Linux, if Vulkan was already released when they started working on Everspace.

But as I'm a patient person I'll keep asking for the progress and wait for the release ;)

View PC info
On my wishlist.
I'm missing some good space action and like Liam, i think the team worths our supports for the job.
0 Likes
harfield 20 May, 2017
Watched a gameplay yesterday... seems really nice! When it'll be working on Linux it's an instant buy!
0 Likes

Quoting: harfieldWhen it'll be working on Linux it's an instant buy!

View PC info
Is it an action and battle only game or is there trading and building included?
0 Likes

View PC info
I think there is trading and ship upgrades involved. I don't believe there is any structure building in the game, which makes me wonder if such a thing could be modded into it? I also don't believe you can land on planets or moons.
0 Likes

View PC info
This is what No Man's Sky could have been at the least. Cannot wait!!
0 Likes

View PC info
Looks like yaakuro is looking into one of the bugs stopping a Linux version from being released right now.

Its nice to see the community working on game engine bugs for Linux as it benefits all future games using Unreal too.
0 Likes
harfield 25 May, 2017
I'm very anxious to play this game too, but I don't believe No Man's Sky ever wanted to be like this one... NMS is about open world exploration, this game is more like a "Space" crawler with some exploration elements... By the way, NMS is still beeing developed and it is becoming a great game, but it's not for everyone. It's like X Rebirth: after a catastrophic debut, the devs shipped some free patches and DLCs to fix the mess. I'm playing NMS now (on Linux by the way) and I'm really loving it.


Last edited by harfield on 25 May 2017 at 7:53 pm UTC
0 Likes
While you're here, please consider supporting GamingOnLinux on: