Brawlerz Nitro, a top-down car combat game that I would gladly show my friends is on Linux 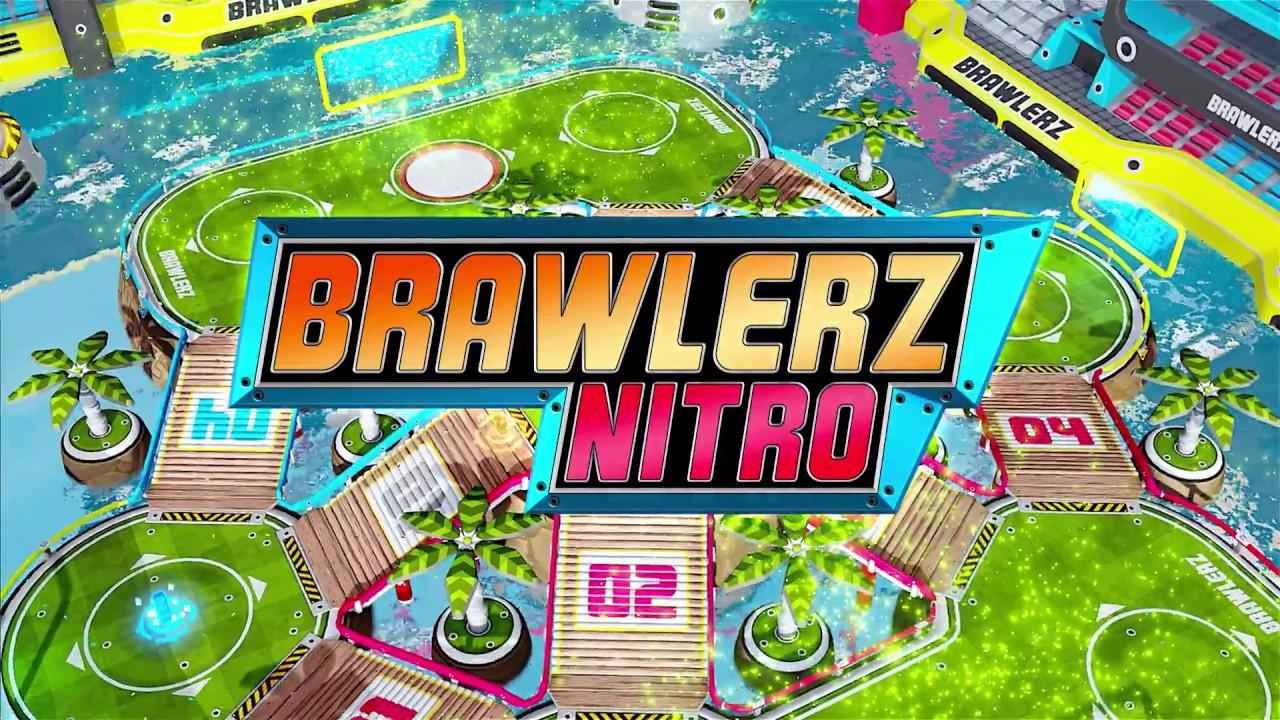 There's no racing here, as this is a pure action game and it's surprisingly good for such an early release. It has car combat modes like you would expect in something like Micro Machines, but it also blends in a little Rocket League with a Football mode (that's Soccer to you yanks).

Thankfully, it does have bots which can be used in all game modes, so with it having only a few people playing online it's not such a big issue. The bots aren't all that bad either, they've given me a small run for my money to give me some entertainment.

It looks good, seriously good. The graphical style is futuristic, shiny and bright which could help it stand out in the crowd. The cars themselves could do with a little more variety in their style though, as they mostly look like boxes on wheels.

It does have some issues, but it's to be expected being in early development and all. First of all, there's no match timer, so you have no idea how long you've been going or how long is left until the announcer calls out. That's a major issue, especially if you're going to play it online.
Note: The new build posted today adds in my round timer suggestion, hooray!

The default bindings in the menu for a gamepad are a nuisance, stretching a finger over to X constantly, instead of A for selecting something. Small issue, but still annoying. The B button also doesn't go back in the menu, forcing me to use the mouse to go somewhere else.

The initial speed all the cars get is far too slow, while you gain upgrades during a match to spend on whatever you like (including speed), the initial speed is just too slow.

For an early release, I'm very impressed with what they have created. It's already fun, but it is in need of some major polishing. When it does have some more of the planned features in, I would gladly recommend it. I'm looking forward to showing my son when it's a little more ready.

A more thorough review will come when it's ready for it, but the basics are all there and looking good. Article taken from GamingOnLinux.com.
Tags: Early Access, Action, Indie Game, Initial Thoughts, Steam, Unity | Apps: Brawlerz Nitro
6 Likes , Who?
Share

I am the owner of GamingOnLinux. After discovering Linux back in the days of Mandrake in 2003, I constantly came back to check on the progress of Linux until Ubuntu appeared on the scene and it helped me to really love it. You can reach me easily by emailing GamingOnLinux directly.
See more from me
Some you may have missed, popular articles from the last month:
The comments on this article are closed.
6 comments
Guest 4 Jun, 2017

I posted an article about it didn't i ;)


Quotethat's Soccer to you yanks

Soccer is a term invented by the English because they couldn't make up their mind so feel free to blame the English. :)
0 Likes


Quotethat's Soccer to you yanks

Soccer is a term invented by the English because they couldn't make up their mind so feel free to blame the English. :)

Well then, I learn something today.
4 Likes, Who?

View PC info
The vehicle handling looks a bit slow/clumsy, doesn't it? But yeah, I'd love a game with a concept like this, looks fundamentally fun!
1 Likes, Who?
While you're here, please consider supporting GamingOnLinux on: