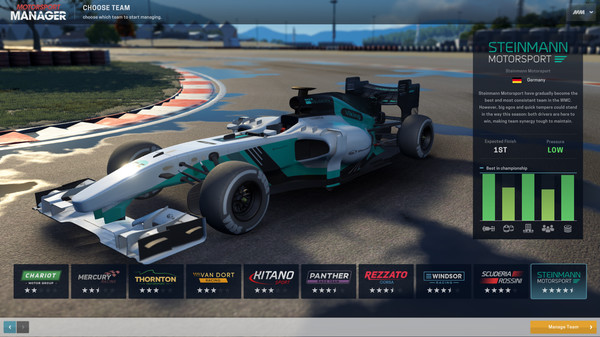 Motorsport Manager [Steam], the management simulation game where you run an F1 team has released a big patch with lots of goodies and a new challenge pack DLC.

The free update adds a new "Realistic AI" setting, which will make the AI smarter on when to pit and changes in weather conditions. The game now supports Run Wides & Corner Cutting, which makes it a little more authentic. There's a new Weight Stripping mechanic, allowing you to sacrifice some reliability for performance. More camera preferences, new radio messages and much more.

Their post release support has been pretty impressive, so I'm not surprised it has been received so positively by Steam users. It's currently on an overall "Very Positive", so that's great. I was very impressed with it when I tried it, but it's just not a game I regularly play as it's not my usual thing, but I certainly saw the appeal.

View PC info
If you're kinda sick of the game (like I am), I recommend reading the extensive patch notes: apparently they've fixed some things that, after almost 100 hours in, made the game so repetitive and predictable to me that I just couldn't play it anymore. Poor AI pit strategy, repetitive radio messages, frequent crashes that provoke a save-scum behavior, all that seems to be fixed or at least improved.
1 Likes, Who?
While you're here, please consider supporting GamingOnLinux on: