Doki Doki Literature Club [Official Site, itch.io] is a cute dating-sim where you join a literature club filled with beautiful girls. Except, it's not that at all. Underneath the saccharine pink and typical tropes of the genre, something dark slowly emerges and coalesces into a nightmare. 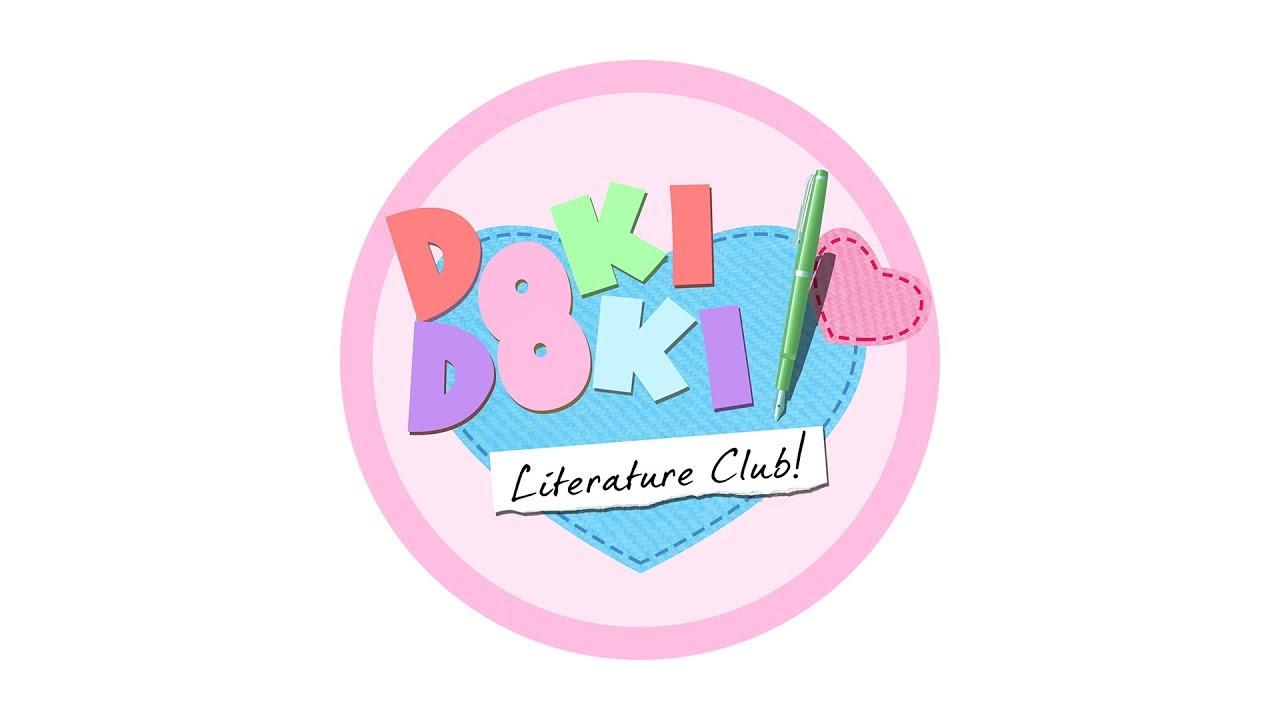 The game starts innocently with your childhood friend, Sayori, convincing you to join the small literature club. You quickly meet the other three members who fall into familiar dating-sim archetypes. You court the girl of your choice by "writing poems" that appeal to her. Pay attention to your choices and what the girls tell you. As the game progresses the cute facade slowly cracks and it becomes more unsettling. Heed the disclaimers if you are disturbed easily. The atmosphere is effective at making you uneasy.

The website lists the playtime between 4-5 hours and there are a modest number of CGs to collect. It's the first game by Team Salvato, a new studio focused on storytelling and creativity in games. DDLC, as it's commonly abbreviated, was released on September 22 and is available for whatever price you choose on itch.io and Steam. Steam doesn't list Linux as one of the platforms, but the download from itch.io bundles the Windows and Linux builds together. The game is built on the Ren'Py engine and worked flawlessly for me.

We do often include affiliate links to earn us some pennies. We are currently affiliated with GOG and Humble Store. See more here.
Some you may have missed, popular articles from the last month:
The comments on this article are closed.
25 comments
Page: 1/3»

Nothing to do with me, it's user submission (as noted by the author link at the top), I just clean them up (links, spelling etc) and approve them if they're good to go :)
1 Likes, Who?

View PC info
Haha sorry so I should have read a bit before posting maybe. (;
0 Likes

Nothing to do with me, it's user submission (as noted by the author link at the top), I just clean them up (links, spelling etc) and approve them if they're good to go :)

Nothing to do with me, it's user submission (as noted by the author link at the top), I just clean them up (links, spelling etc) and approve them if they're good to go :)

Whatever floats your boat, I'm not judging ;)
4 Likes, Who?

Not exactly what I have in mind for my first video game, but now I'm intrigued since the trailer makes no mention of the horror aspect.

According to this it is not.
1 Likes, Who?

View PC info
This article is missing the "anime" tag, or something
0 Likes
JohnReynolds 18 Oct, 2017

Holy shit. Sorry for the language. I just finished the game. The first play-through that is - I will be doing multiple runs to see how certain answers change things, but damn. What a story. The best story I've experienced in some time. I will be getting the "Fan Pack" for $10 - I'd love to see more from them. Also my first "Visual Novel" - I doubt any others could compare. Maybe I am wrong. If anyone else is reading this who finished the game, are there any others?

View PC info
Man, this game... Thanks for the tip, vermillion. Not the kind of horror game that makes you jump in your seat, but it sure got creepy and tense in places and the content warning is justified. Will probably try a couple more playthroughs as well.

Quoting: JohnReynoldsAlso my first "Visual Novel" - I doubt any others could compare. Maybe I am wrong. If anyone else is reading this who finished the game, are there any others?

I only did one playthrough of CUPID (which is also free), but that's the one visual novel I could relate to this. From what I recall it gets a good deal more disturbing and graphic than DDLC, and it's more consistently gloomy. It doesn't have a dating sim veneer, so it's still rather different, and the choices you make aren't about whom you become romantically involved with. It does have nudity, though.