It’s no easy task to create a sequel that’s not only good, but better than the previous game. Hand of Fate 2 [GOG, Steam, Official Site] is actually fantastic. 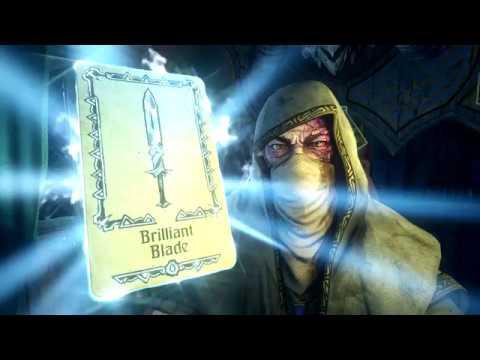 I was a bit of a latecomer when it came to the original Hand of Fate, but once I tried it I really did fall for it. In the case of Hand of Fate 2, i was sure not to make the same mistake. I’m glad I jumped in early with this one, because it’s just so damn fun.

The core gameplay in Hand of Fate 2 hasn’t really changed all that much, you’re still playing the game of cards, as the soothing tones of the Dealer guides you through. You will come up against unexpected events, make plenty of choices and deal with the random nature of the game. Luck still plays a large role here, but it doesn't feel overly punishing when you fail at a challenge.

This time around, you actually get a few character customizations. You can tweak hair style, hair colour, skin colour and that sort of thing. Not much choice mind you, short and sweet while making the game feel at least that little bit more personal. 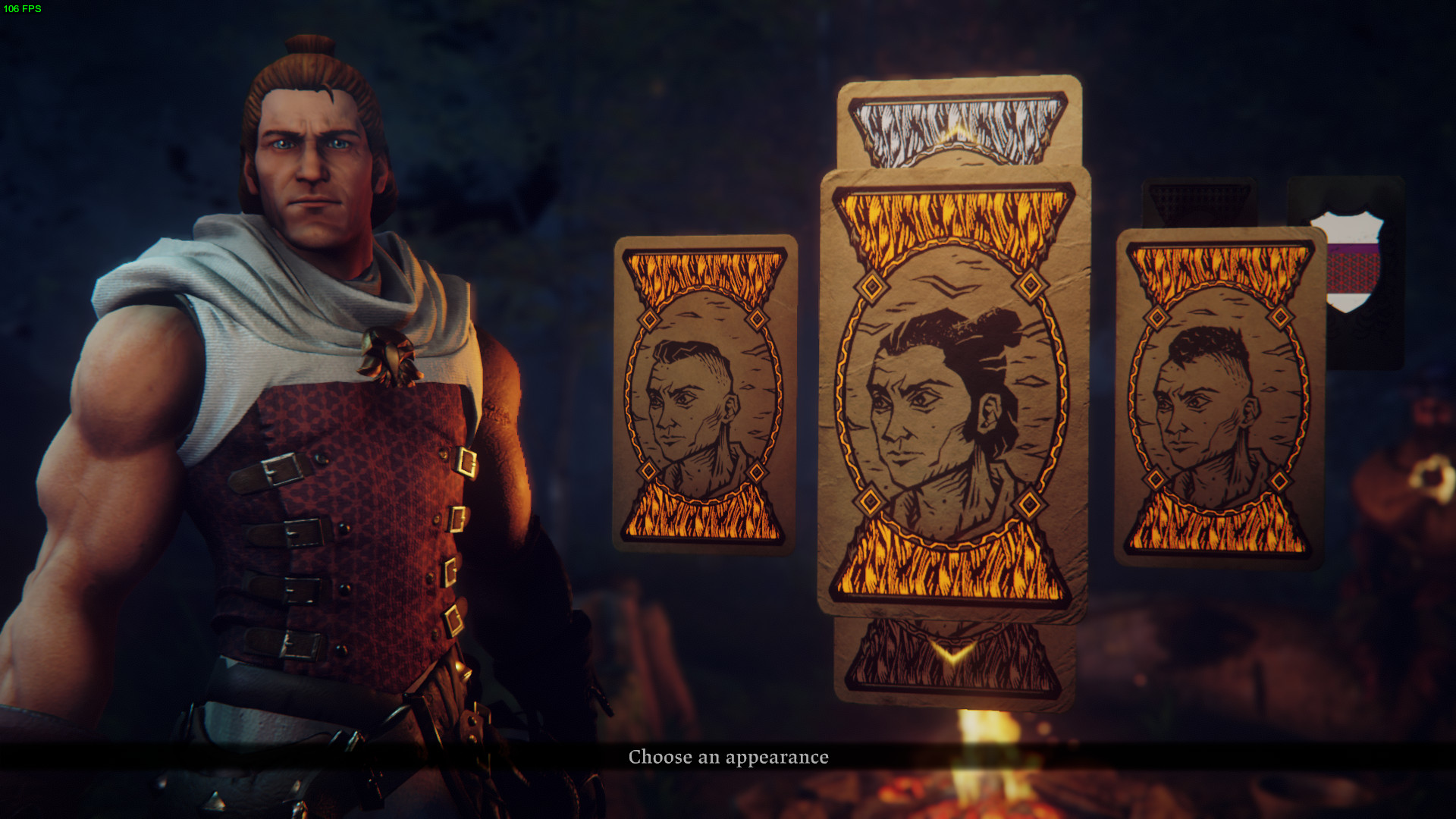 For those who didn’t play the previous game, it mixes in elements of a card/board game, with combat a little like Shadow of Mordor, although not quite as brutal.  So you're playing a game of two sides, the first being the board game where you deal with all the events, the second being the real-time combat encounters. It’s a weird mash, but it works surprisingly well. I especially love the finishing moves and special abilities you get with each weapon, with your character letting off a powerful roar as they slice through an enemy. It's such an awesome feeling to be able to let off a weapon ability, to smoothly slide right into a finishing move.

One important point about the combat, is that it's actually quite slow-paced. I'm unsure if that's to it's advantage or not, but it does feel a lot slower than I was expecting. I enjoy it, but I can't help feeling like it should be sped up just a little bit.

Another point, is that when you're bound by an enemy, the other enemies just seem to stand around. I was expecting to be bound and then have enemies crowd around me to try and finish me off, but they suddenly seem scared of me when I'm easy pickings. Little issues like that need addressing, as right now it seems to be nothing minor than a minor nuisance.

The types of enemies you face are quite varied too, not so much very early on as you're still unlocking cards, but once you get into the swing of it you will see just how much content the game has. 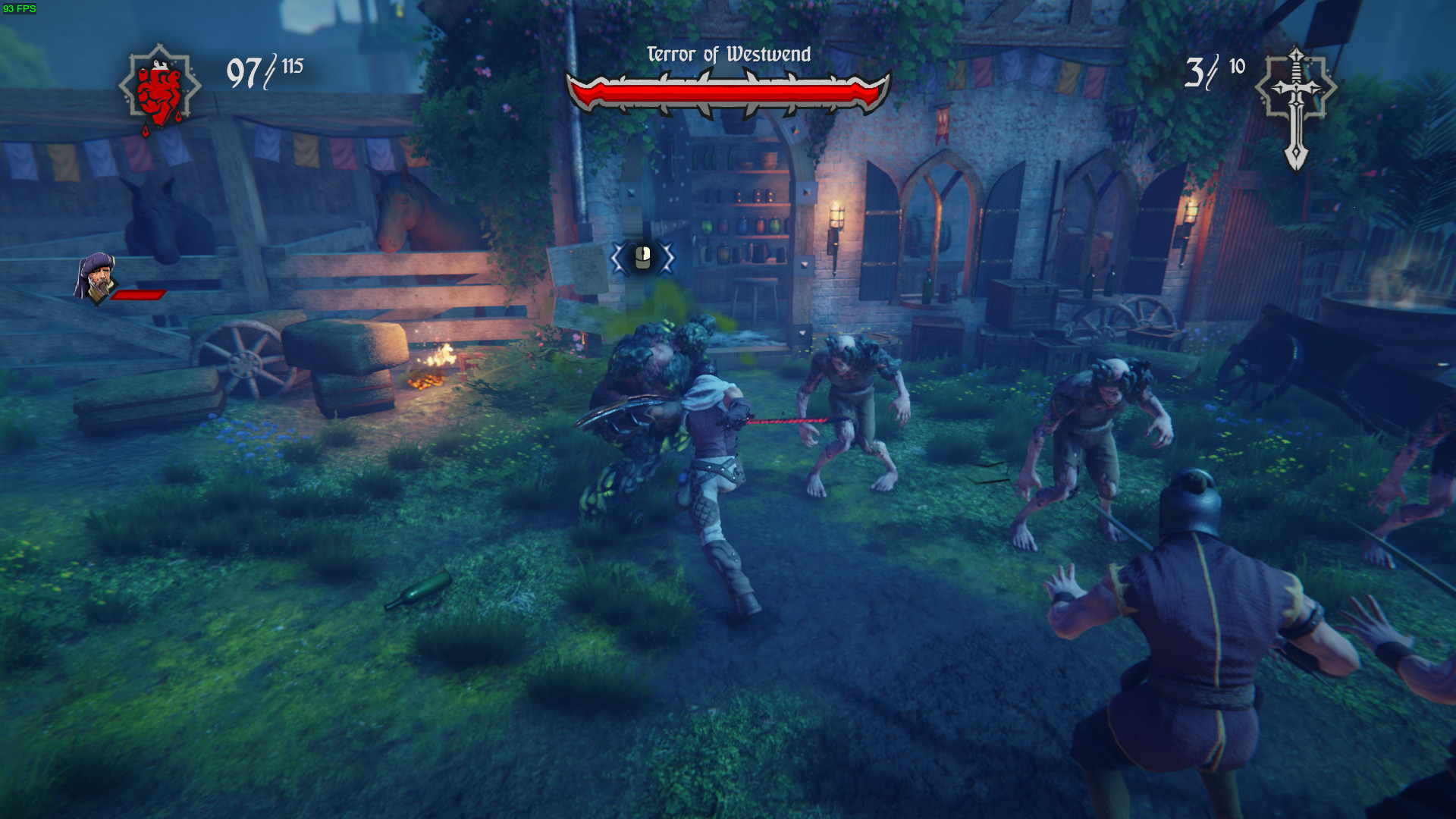 In Hand of Fate 2, you have 22 missions to unlock each having a different set of requirements. Each time you pick a mission, you get to build a deck of cards with items you can find, encounters, companions and so on. It’s a fantastic way to keep the game fresh for multiple runs, since you can change how it might end up each time. Each time you manage to complete a mission, you unlock more cards for items, encounters and more.

I've entered arm-wrestling competitions, saved damsels in distress, rescued soldiers and recruited them to help in the defence of a town and so much more.

Sat at the table with the Dealer and everything is, as expected, completely fluent and fantastic. Even during the battles, with my settings set to Ultra, it’s been almost entirely above 100FPS (mostly way above that) and it feels damn good too. A couple stutters here and there as it’s loading, but so far nothing has interrupted the smooth gameplay. I'm extremely surprised by just how smooth it has felt!

Here's a video of some combat to show just how smoothly it performs (this is on Ultra, with an overhead from recording): 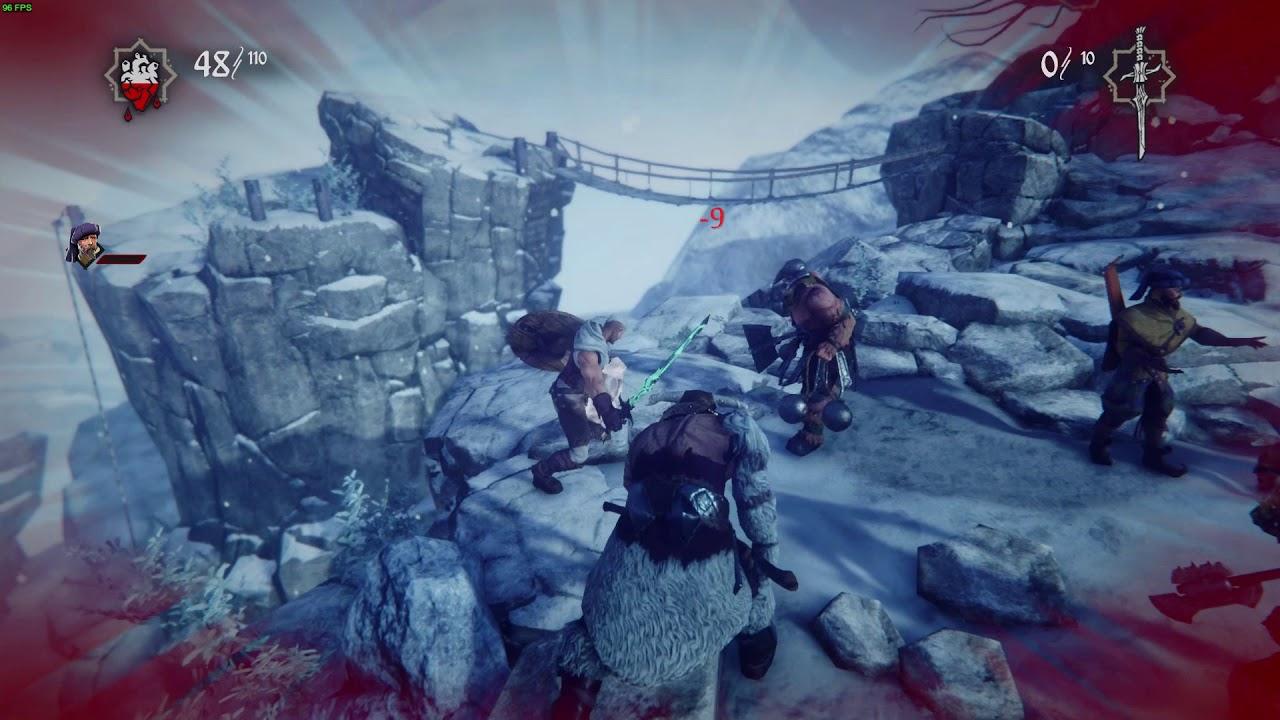 Fun times trying to record that! OBS Studio first gave no sound, on the second attempt OBS Studio failed to stop recording so I had to kill it and third time's a charm apparently.

The one single crash I encountered was when my Steam Controller turned off when I had a pee-break. Turning it back on, then pressing a button resulted in a crash to the desktop.

One thing I do feel the need to note, is that the Endless Mode is not currently available. No reason was given in the press details and no release date for that was given either.

You can find Hand of Fate 2 on Steam and GOG. I thoroughly recommend it, an absolute blast. Especially impressed about how good the performance is—top stuff! It basically takes everything good about the first game and improves it in many ways to be even more exciting.

johndoe86x 7 Nov, 2017
View PC info
Oh! Same day Linux support! Sadly, neither my wallet nor my schedule allows me much game time these days.
1 Likes, Who?

View PC info
What engine does it use? I wonder if you can run it with Vulkan renderer.
0 Likes

Quoting: ShmerlWhat engine does it use? I wonder if you can run it with Vulkan renderer.

The original used Unity, and I'm fairly sure this one uses it too. I'm looking forward to it, but...money!
0 Likes

View PC info
out of many new games that came out in 2015, Hands of Fate stood out quite well. I really like the unique system it uses with cards, story dynamics and the scaled difficulty as you play further into the game. This seems like they have improved much of what made the first one great. I really like the art style as well, which seems much improved over the first. looking forward to playing this soon :)
2 Likes, Who?

View PC info
For the Endless mode, if it is like the first game, it may unlock once you have progressed enough in the Story mode.
1 Likes, Who?

View PC info
I got the first one in a bundle a while back, and honestly never really looked at it. Having seen this article, I'm definitely going to have to try it soon! :)
1 Likes, Who?

View PC info
I don't know, the first game was not bad but as I progressed in play hours I found it too much repetitive and grindy.
Somehow regretted that I bought the game with all the DLCs.
0 Likes
1/2»
While you're here, please consider supporting GamingOnLinux on: