DayZ is not currently coming to Linux, but the developers are open to it

During a recent livestream, the DayZ [Steam] developers mentioned Linux and a few people went wild. Sadly, they meant this in relation to dedicated servers, but the door remains open. 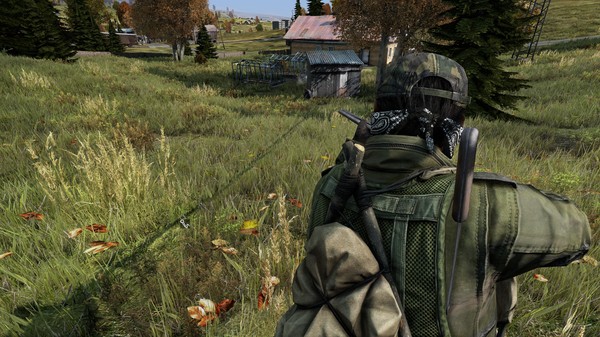 Here's what they actually said during it:

After that we're just going to give you the server files, both for Windows and maybe down the road Linux which is in preparation right now.

I had multiple emails, a bunch of mentions across our social spaces and it popped up on reddit that people thought it was coming to Linux. I just want to make sure the record is set straight. I spoke to the DayZ developers, who said this to me directly today (quoted with permission):

That mention was indeed dedicated to us supporting Linux servers mostly. We’re definitely open to supporting Linux for the game itself, but that’ll be realistic only after we reach the 1.0 version of the game, as the multi platform/system development would become a bit tricky when still in Early Access.

Who knows, maybe we will see it later down the line, maybe not. It's good that they remain open to it, but for now it's not coming to Linux.

Article taken from GamingOnLinux.com.
Tags: Action, Steam, Zombies
14 Likes, Who?
We do often include affiliate links to earn us some pennies. We are currently affiliated with GOG and Humble Store. See more here.
About the author - Liam Dawe

View PC info
Can we agree that if anyone wants to use Linux for their game's servers, they have to also release their game on Linux? (Otherwise, we can send the boys around to, heh, you know, "talk" to them).

View PC info
I remain sceptical that this game will ever reach v1.0.
13 Likes, Who?

Quoting: WorMzyI remain sceptical that this game will ever reach v1.0.

It took me by surprise this thing still... is a thing.

Quotethat’ll be realistic only after we reach the 1.0 version of the game, as the multi platform/system development would become a bit tricky when still in Early Access.

LOL. I'd rather have Fortinite than DayZ on Linux.

Quoting: NanobangCan we agree that if anyone wants to use Linux for their game's servers, they have to also release their game on Linux? (Otherwise, we can send the boys around to, heh, you know, "talk" to them).

I think not. Linux is excellent server software and if someone wants to use Linux only as server I by no means would ever disagree with that.
4 Likes, Who?

View PC info
I will not be one to say I don't want a Linux version of any game, ever. In this case though this game already has issues they need to figure out before the Linux community could even warm up to the game in general such as bad performance, slow development, and declining player base (due to PUBG and Fortnite).

I'm very hesitant to feed into the Linux gamers are entitled/spoiled narrative by flat out saying I don't want X game or that I'm happy this game isn't coming to Linux (micro transactions and other similar bad practices aside). Any game/developer that supports Linux is a good and welcome thing in my book. I encourage them to look into it when they are able.
3 Likes, Who?

View PC info
DayZ devs, who believe them LUL not me for sure...
1 Likes, Who?

View PC info
DayZ has been in Alpha since 2013 and early access since 2015. There is still no beta and currently the game is at V0.62.

If those continue to work at this speed we already have a Mars colony before the game is done.

That's why I do not worry about a Linux release of DayZ for a long time.
5 Likes, Who?
1/3»
While you're here, please consider supporting GamingOnLinux on: